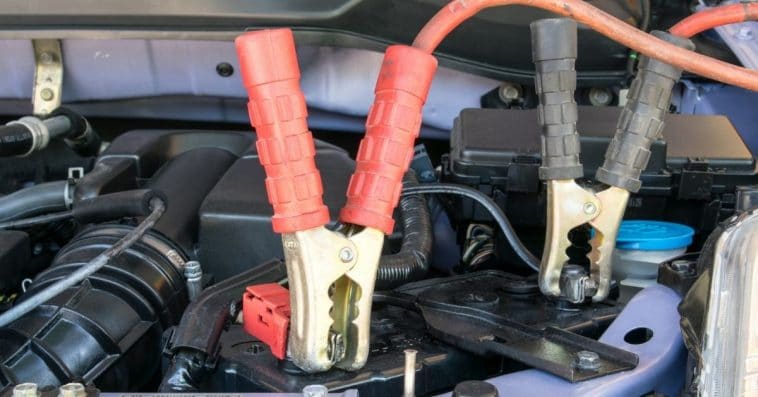 Car batteries come with a limited lifespan. This means that at some point, your car battery will die and require replacement.

However, before it gets to the point where it needs to be replaced, you’ll likely deal with a dead battery several times.

When this happens, a jump start can get your battery working again in no time. But, you may wonder, is there a possibility that a car battery can be too dead to jump-start?

Read on to find out all you need to know about jump-starting dead car batteries and the reasons why your battery may not jump start.

A dead car battery is one that has no charge. Car batteries are rechargeable, which means that there’s the possibility of complete discharge.

When your car battery is fully discharged, it’ll not work.

Usually, your car’s alternator will keep your battery charged. But if for some reason, your alternator is not able to keep up with the use of the battery’s power, you’ll end up with a dead battery.

Many factors can lead to a dead battery. Some that you have control over, and others that you may have nothing to do with.

Here are some of the reasons why your car battery may die:

After you start your vehicle, it’s the alternator that keeps your car battery working. As long as the alternator is running, the battery will get charged and will therefore not run out of power.

But, if there’s not much chance for the alternator to recharge the battery, it’ll die after a while.

This happens when you keep taking short trips. Each time you start your car, you use up a large amount of your battery’s energy.

To get it back, you need to run your alternator for an extended period.

If you take short trips instead, the alternator will not have enough time to recharge your battery after it has used up most of its power during startup.

Therefore, you may end up with a dead battery sooner than expected.

You’re likely to encounter a dead car battery when the weather is either too hot or too cold.

This is because extreme temperatures affect the working of the chemicals in the battery. They’re not able to move efficiently enough to produce power, and this affects both charging and power output.

As a result, the battery may not get recharged quickly enough or may fail to transmit the necessary amount of power to get your car started.

Leaving The Headlights On

Your car’s headlights depend on the electrical power produced by the battery. This is alongside other systems such as the interior lights, radio, and dashboard lights.

If you leave the headlights on for an extended period, let’s say, overnight, you’re likely to wake up to a dead battery.

This is because, during this time, the car was using up battery power, but since the alternator wasn’t running, it wasn’t getting recharged.

If your car has headlights that can turn off automatically after some period of time, this may not be a problem that you’ll encounter.

But if you have an older model without this functionality, you need to always remember to turn off your headlights to avoid a dead battery.

The older your car battery gets, the more susceptible it gets to, well, dying.

This is because, over time, it loses its ability to hold charge. Therefore, even if your alternator is functioning well, you may end up with a dead battery anyway.

When it gets to this point, your best option is to look for a new or refurbished car battery that can hold charge for long.

This is because, despite the fact that jump-starting can get it working again, you may need to keep reaching for your jumper cables because it’ll keep dying.

Now, let’s look at how jump-starting works for a dead car battery.

How Does Jump Starting A Dead Car Battery Work?

To get a dead car battery working again, you need to charge it up a bit. This is what jump starting does.

In order to jump-start your dead battery, you need jumper cables. That, and a working car battery.

You’ll use the jumper cables to connect the other car battery to your dead one, and through them, give yours a boost.

An electrical charge will be transmitted from the working car battery to yours, and this will be enough to bring your dead battery back to life.

After jump-starting, you’ll be able to start the engine, and your alternator will start running. With the alternator running, your car battery will get recharged to work without receiving a boost.

Always keep jumper cables in your trunk for occasions like this. With that, all you’ll need to do when you get a dead battery is find a driver who’s willing to help jump start yours.

But, does jump-starting always work for a dead battery? Let’s look at that next. 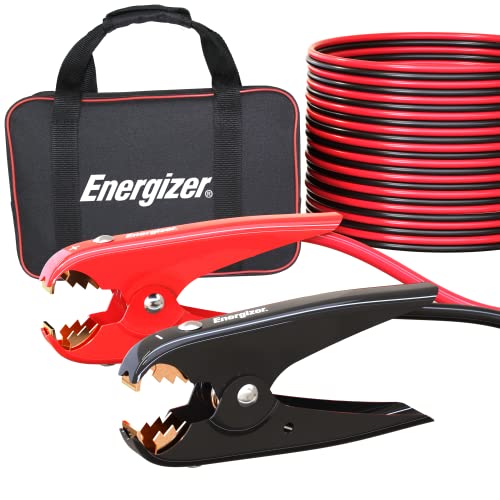 BUY ON AMAZON
I earn a commission if you click this link and make a purchase at no additional cost to you.

Can A Dead Car Battery Be So Dead It Won’t Jump Start?

Your car battery cannot be too dead to jump start.

Therefore, if the only problem with your battery is that it’s dead, you can expect to receive help from a jump start. (Here’s how).

However, this is not to mean that your battery will keep working normally after the jump start.

For instance, if your battery no longer has the ability to hold charge, a jump start may not take you far.

However, while a jump start can get your dead battery working, that doesn’t mean that it always will.

This is because being ‘too dead’ is not the only concern you should have when it comes to failed jump starting.

There are many reasons as to why your dead battery may not start, and which have nothing to do with it being too dead.

It’s important to know what these reasons are so that you can know where to check if your dead battery doesn’t start.

Otherwise, you may end up replacing a perfectly fine battery believing that it’s no longer viable.

Reasons Why Your Dead Battery May Not Jump Start

If your dead car battery refuses to jump-start, you should look at various possibilities as to why this is happening.

There’s a myriad of them, including:

If your battery is damaged, for instance, with a broken case, it may not jump start. A jump start can only fix a drained battery, but if it has other problems, it’ll not be of help.

When you have a bad alternator, your car battery will not be able to get charged, which means a jump start won’t help.

This is because once you lend an electrical charge to your dead battery, the alternator takes over and keeps it running.

A bad alternator will not be able to do this, so no matter how much you jump start your battery, you’ll not get it charged.

The Battery Is Too Old

Batteries that are too old have a hard time receiving or holding a charge. Therefore, boosting it with another car battery may prove futile.

If this happens, you need to look for an alternative battery because once it’s this old, there’s no going back.

Maybe your battery is fine, but its terminals are not. This will affect the ability of the jumper cables to transmit power from another battery to yours.

Battery terminals may refuse to work due to excessive corrosion, so always check if there’s any crusty substance over them if your battery doesn’t jump-start right away.

Another issue may be loose terminals. If they’re too loose, they may be unable to transmit power from the jumper cables to your battery.

Loose jumper cables can also make for an unsuccessful jump starting. When you clamp on the cables, ensure that they’re attached to the terminals tightly enough.

Besides being loose, jumper cables can also be faulty, which makes them unable to transmit power from one battery to the other.

This can happen when the wires inside the cables are broken or are too thin to transmit the amount of power required to jump-start your dead car battery.

If your jumper cable is too long, it may also provide a lot of resistance during the transmission, and you may be unable to jump-start your dead battery.

If you are unable to start your car after jump-starting it, you may want to look at your starter.

With a bad starter, you’ll not be able to start your car, and therefore will be unable to transmit power from the battery to your engine.

As a result, you may end up thinking that the jump start was unsuccessful.

If your car battery fails to run after a jump-start, you should not automatically assume that it’s too dead. As we’ve seen, it cannot be too dead to jump start.

But there are many other factors that can make it impossible to jump-start your dead battery. When this happens, make sure to check all the possible reasons before labeling your battery as bad. 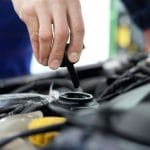 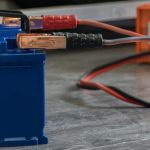