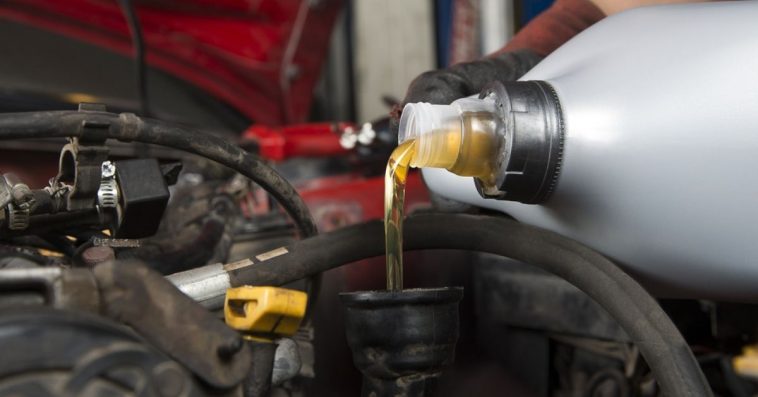 The oil change is one of the minor inconveniences I have to face as a car owner. While I might feel like stretching it a bit before an oil change, experts suggest that I do the oil change as prescribed.

The question is “How long can I go without an oil change?”. An interesting point to note is that not changing the oil on time can void my warranty.

How long can I stretch my existing oil without harming the car? The answer varied year after year with the most common speculation being, the oil needs to be replaced every 3 months or at 3000 miles, whichever comes earlier.

But, experts now say that newer model cars can go further before needing an oil change, and most cars indicate when its time.

Most engines tolerate more than the prescribed range and can take the car much more before you notice a change.

However, this depends on the year and make of the vehicle, as well as the manufacturer’s recommendations.

Another aspect often forgotten is the driving habit, whether you maintain a steady speed or a stop and go kind of traffic.

Synthetic oils are a whole new case and give the most miles between oil changes.

Earlier with the older model cars, manufacturers and experts suggested a 3-month interval or when the car reaches 3000 miles.

With the newer cars, the technology has improved a lot that you need not replace the oil until you get to the 5000-7500 mile mark.

And, the vehicle itself gives you a warning when the time approaches.

You can extend for a couple of hundred miles after the lights come on, but the sooner you change, the better.

Few like to stretch as far as the car can possibly handle except that is damaging to the engine. Better not push your luck to save a few dollars and then spend a few thousand more.

However, these are only general guidelines and can change depending on certain factors, which are:

Even considering the above, here are a few conditions where your car might need a frequent oil change.

The question I often get asked is, why is changing oil so crucial that experts emphasize it often. To enjoy a good mileage and for fuel economy, you need an engine that runs efficiently.

The motor oil collects the dirt and trash, keeping the engine clean. After a few thousand miles in the road, the accumulated trash gives a sludge-like texture to the oil, which is not ideal for the car.

In short, for the engine to run efficiently, it needs an oil that is free of any debris. Below are some of the reasons why I suggest changing the oil as per recommendations.

The engine is a very powerful part of the car, and its components move with such speed that it is constantly under pressure and stress.

The function of the engine oil is to lubricate the engine so that it moves with ease and efficiency. Without the engine oil, they would rub against each other.

The friction and the grinding caused due to the absence of oil will overheat the engine and cause damage to the engine components. Ultimately, this can even lead to engine seizure.

To sustain the effectiveness, you need to maintain a certain amount of oil, as mentioned in the user manual.

With the number of parts moving as fast as they are, the heat generated would be massive unless they are cooled.

The engine oil takes care of the cooling by smoothing the friction between the moving components. So, it is vital that you maintain an appropriate oil level in the car.

An adequately lubricated vehicle moves with such efficiency that it saves you fuel.

Along with maintaining a particular volume of motor oil in the car, you also need to replace it at certain intervals for the engine to perform as it should.

As per the U.S. Department of Energy, replacing oil at regular intervals help you to improve the mileage by 2%.

While it may not be much, it adds up to a pretty sum when you calculate for the whole year.

The engine is comprised of moving parts, namely the valves, piston, and the crankshaft assembly, which require a lubricant to protect them.

The absence of one or an old oil past its usable days can corrode the engine leading to extensive wear and tear.

After months or years of use, the engine oil collects the dirt, dust, and debris that settle on the engine.

These foreign particles can be corrosive and harmful to the engine. Over time they break down and create a sludge that affects the performance.

A periodic oil change keeps the engine in good working condition. When changing, the mechanic flushes the old sludged oil and replaces it with a clean one.

As long as you take care to maintain the engine and its parts, the car will take care of itself.

Regular maintenance, including changing the oil helps the car work smoothly without undue pressure and also takes care of the buildup of toxicants.

It helps the engine to perform at its maximum potential without any excessive stress. It increases the longevity of the engine and the lifespan of the car.

Signs That My Car Needs An Oil Change

Your car’s mileage isn’t the only indication that the oil has to be changed; There are a few more warning signs which shout out engine oil replacement.

Ignoring these might end up in you having to replace the engine.

If your car comes with an oil monitoring system, the indicator light will turn on when it is time to change the oil. Use your dipstick to check the levels and also the condition.

The check engine light will be on when the oil levels are low, and the engine is in trouble. When both of these come on, get your car to an auto repair shop right away.

2. Sounds From The Engine

Oil provides the car with lubrication necessary to keep the engine running smoothly.

When the levels are low or if it changes viscosity, the components of the engine rub against each other creating noises.

On hearing a knocking or rumbling sound, understand that the engine is probably in danger due to lack of lubrication. This is an emergency, and you need to take your car in right away.

3. Change In The Color Of The Oil

A clean oil should be translucent and amber in color. When you insert the dipstick, you should be able to see the stick go down in the oil.

Dirty oil changes color to a darker brown shade, which is the indication that it is the time to change.

In case you do not have a monitoring system in place, check with the dipstick once a month for viscosity and oil levels.

4. Smoke From The Exhaust

When you drive the car, it releases translucent vapor. If it turns to smoke, it is a sign that oil needs to be replaced. It may also indicate that the engine is in trouble or an oil leak.

5. Smell Of Oil Inside The Car

You should be able to smell gas fumes or oil inside the car. If you smell one, it means that the engine is in trouble. The smell of oil is due to the leak of engine oil.

On the other hand, if you smell gas fumes, it is due to your car overheating. In either case, schedule maintenance at the earliest possible.

What If I Don’t Change The Oil?

It is human nature to stretch the oil change as much as possible if your engine permits it. But is that safe for your engine?

The answer is no; as much as you stretch the period, the oil is unable to move around properly and lubricate the engine.

The oil runs through the engine collecting dust, dirt, metal shavings, and other particles. The oil filter then catches the debris and clears the oil.

If you skip an oil change, the filter cannot do its work properly, and the oil gets murkier by the day.

The foreign particles in the oil give it a sludgy feel, which prevents the oil from doing its job. It starts to thin out, and the additives in the oil decrease over time.

After a while, the oil turns abrasive, which is damaging to the engine parts. What starts as a way to stretch your dollar ends up costing you thousands.

How Does The Oil Monitoring System Work?

The oil monitoring system comes with newer model cars. It gives the driver the details on the life of the oil and also when its time for a change.

It doesn’t depend on the mileage but also the working conditions and more.

OLS are of two types:

How Long Does It Take To Change The Oil?

An oil change is really a necessity but a mundane task. But the wait itself would be more than the actual work.

Honestly, it should take your mechanic just about 15 minutes to replace the oil in the car, excluding the wait time. Better, schedule an appointment with an auto repair shop to reduce the wait time.

How Long Can I Go Without An Oil Change With Synthetic Oil?

With synthetic oils, you can go to about 10,000 miles, and in some luxury cars, you can even go to about 15,000 miles. Synthetics are better since they do not disintegrate like regular oil.

It also handles extreme temperature changes particularly freezing temperatures. Unlike the run off the mill motor oil, synthetic oils tend to flow freely the moment you start the car.

Experts suggest changing the oil at about 5000-7500 miles for to engine to perform at optimum conditions.

Earlier it used to be 3000 miles and it is still so if you drive in the below conditions:

It also depends on the type and age of the car. Older model cars require frequent oil changes than new ones.

Synthetic oil trumps all these in the sense that it requires an oil change every 10,000 or 15,000 miles.

The engine oil is necessary for the engine to perform as it should. The following are the benefits of clean engine oil.

Advanced cars come equipped with the oil monitoring system, which gives an indication when the oil needs changing.

Other than that you can also use the dipstick to check the viscosity and the color of the oil, which are also indications for a change. 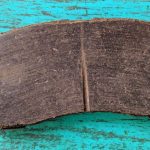 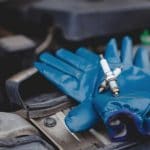