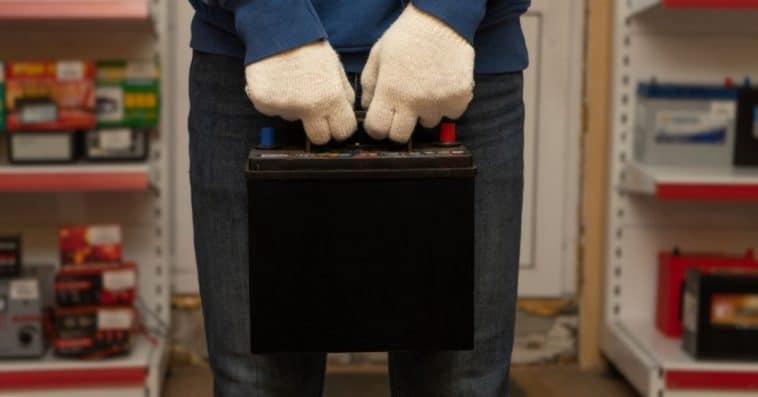 You might have tried lifting your car battery and realized just how heavy it is. This is the case for most type of car batteries, the common and popular ones.

There is the lightweight type of car batteries-however, such may not even be able to supply the car with the sufficient power it needs.

There are those which might be heavier or even lighter than this and this varies from brand to brand or between the different makes. The components of the car battery play a role in the overall weight we get to be of the car battery.

The car battery affects whether the car will be top performer or not. This is because it affects the overall weight of the car.

A heavy car, as is obvious, will not be able to move as fast as you may want it to. therefore, it will be regarded as not to be high performing vehicle.

A light car battery is approximately 20 pounds and is mostly used in small cars. They are mostly used for those cars that require high performance for them to be highly effective.

You should consider if the car battery is even compatible to the demands of your car before buying it because it is a lightweight one.

When a car battery weight between the range of 40 and 60 pounds then it is regarded as a standard car battery in terms of weight.

You can use them if they are suitable for your vehicle and can as well reach the demands of the car in terms of power.

Some common brands that can be considered as standard in weight include Die Hard, Dualist and True Start.

Most of these might not even be the best fit for your car, and thus the reason why the car battery specs should be given a priority before the weight of the car battery.

An empty car battery will weight at most 15 pounds, and this solely depends on its initial weight when you first bought it.

Lightweight batteries, when they are empty will not even go behind the 8 pound mark. This is simply because they are lighter that standard types of car batteries in the first place.

The following is a sample of the most popular car battery brands and their approximate weight.

As indicate throughout this article, the weight of the car battery should not be given priority before other important specs and details concerning the car battery.

I highly suggest you continue to read!

How Much Does The Tesla Battery Weigh?

The Tesla car battery weighs approximately 1200 pounds which is an equivalent of 540 kilograms.

How Much Does The Toyota Prius Battery Weigh?

How Much Does The Nissan Leaf Battery Weigh?

How Much Does The Jeep Battery Weigh?

A jeep car battery weighs between the range of 40 to 43 kilograms.

Why Are Car Batteries So Heavy?

The plates of the car battery, which are six in number, are made from lead which is then immersed in sulphuric acid.

Lead is quite a heavy metal and that is why having six of them in the car battery makes the whole battery quite heavy. This is the case for the lead acid or similar car batteries which are quite common in the market today.

The water in that forms the electrolyte in a typical lead acid car battery also contributes to the overall heaviness of the car battery. As you know water is quite heavy.

Is A Car Battery Heavier When Charged?

Yes, a car battery is heavier when charged that when not. Although the difference in weight is not that significant.

The thing is as the car battery is being discharged there are a lot of components like gases that get released during the chemical reaction, thus the loss of weight for the car battery then.

A charged car battery will be heavier than one not charged because it will have more energy as gained from the charging process. Thus there will be a slight difference in weight when the two are compared.

Why Does The Weight Of A Car Battery Matter?

The car battery matters as it is a significant factor that affects the overall performance of the car. This is on a general note as the weight affects the car’s performance.

The weight of the car battery is perhaps the thin line between high performance and average performance in a car. This is because the heavier the car is, the slower it is and this is regarded as a slower performance.

This is the reason why most car owners would prefer a lighter car battery as it enables the car accelerate faster than had they used a heavier type.

If the car or vehicle is lighter, you will realize that the petrol being consumed will not be that much.

The car battery weight can be seen to be a significant factor that affects its overall performance.

While it may not be a significant factor as cranking amps, cold cranking amps and the reserve capacity it plays a role in deciding if the car will be of high performance.

It is always wise that you go for a car battery that is lighter as it will help if you need to go fast while driving.

Some cars, especially the electric cars, would find a heavy type of car battery suitable. This is because the weight of the car battery contributes to the cars general weight and this affects its performance over rally. 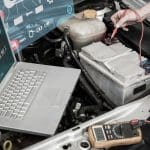 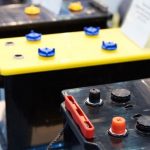