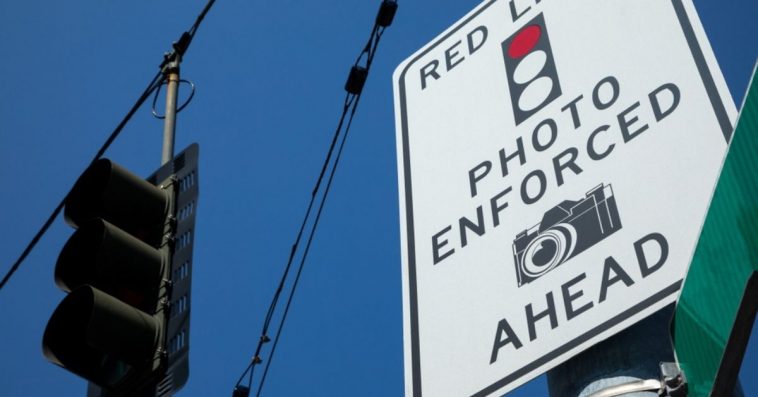 Assuming that you are on the road and there is a traffic jam, and you have a hurry, you might make a mistake when the street lights indicate the yellow color.

This is a mistake that will be recorded by the red light camera, and after you have been marked, it means you have a penalty to pay.

After the red light has captured you, the camera immediately receives a mail, which may ruin your day.

Depending on what state you are in and your driving record, a red light camera ticket cost will range between $50 to $1,000.

Also, below is a list of how much a red light camera ticket costs in each state:

Therefore, even when you are in a hurry, it’s good to make sure you take into consideration the traffic rules and regulations.

This puts you in a good position of not having extra charges in terms of red light ticket fines. The fines may also impact on your insurance and may reduce your credit score as a driver.

You should always learn to follow all the road rules to avoid landing yourself in such situations.

What To Know About Red Light Camera Tickets

You should always be informed that if you run a red light camera in any state, be ready to face the fines and some credit score points will be taken away from you.

If you are a traffic law violator, then be informed that red light cameras are put in place to be identified easily. You are advised to act accordingly when you are served with these red light tickets.

Below are three things you should know about these cameras:

In all states, as soon as you pass the sensor located above the street traffic lights and the light is red in the intersection, then the red light ticket is triggered.

Unfortunately, when the camera takes the picture, it takes both the driver’s picture and your license plate number. After the snap has been taken, you are mailed the traffic ticket with the required fine to be paid.

You are also sent with the traffic citation and how you are going to challenge the ticket if you want to.

2. You Can Dismiss A Red Light Camera Ticket

You are free of ignoring a ticket if it was given to you accidentally, and you can only be given a citation if the pictures of you and your license plate can be seen clearly.

You can also lower your fine by petitioning the ticket, and this will help you keep points off your drivers’ record.

3. Third Parties Run Most Of The Red Light Cameras

Did you know that most Red Light Camera tenders are given to outside companies and not the city itself?

Due to this, companies are always strict. Therefore, any slight mistake, you are given a ticket because they are set to achieve a certain number of violation records, leading to the issuing of additional tickets.

In every state, there are laid down rules and regulations of what to do when you are served with a Red Light Camera Ticket.

Some states will offer you a grace period to settle the fine while others don’t bother affecting your driving record, not to mention the insurance rates.

You are allowed to make payments in the most convenient way possible by either mailing a check or making an online payment.

Below is a list of states and how they charge their ticket prices:

When you are exposed to a red ticket, it means that in California, you are going to be given a fine of $500, which is a great deal for most drivers to afford.

The cost may be increased if a citation record is found from the past 18 months, which will lead to a loss in the offer at the traffic school.

If you have a driving record with court fees and hiked insurance rates that are not less than three years, you could be charged $1,000 fine.

Most clarifications that have been made dictate that if you violate a red light in the whole state, you are entitled to a $50 fine.

If you make a late payment, then you receive a penalty of $25.

These are the rate set by the state. If you are in Nassau County, be ready to pay $55, a public safety fee, and an additional $45, which is stated as a driver-responsibility fee.

In this state, if you run a red light ticket, it will cost you. Currently, the government passed a fine of $325 for anyone who runs a red light camera.

The penalty is also applicable in areas like Ottawa and any city with red light cameras installed in the intersections.

If you are in Florida, remember to be cautious about the light red light camera intersections in the city.

If, by bad luck, you are caught in the intersection in the event of red light, you are at a dangerous legal position because you will be emailed a traffic ticket.

If you pay it within 30 days, the minimum amount you will pay is $158, and if you don’t, then your fine increases to $262 in addition to court costs.

Red Light Camera Ticket Price For The Rest Of The State

What To Follow After Getting A Red Light Camera Ticket

When the red light camera snaps you, you are emailed the fine and all the details necessary on how to challenge the ticket if you are not satisfied. After that, you can pay for the ticket within the required days.

If you fail, the result could lead to the inability of you renewing your driving license, or even your vehicle registration renewal may be difficult for you.

How Does A Red Light Camera Work?

After a vehicle enters a specific intersection immediately, the traffic light turns red; the camera takes a picture of the vehicle.

Assuming that you were in the intersection waiting for your turn to drive to the left and the traffic light was either green or yellow, and it turns into the red while you were making a turn, you might be safe.

If you make a right turn with a red light, the camera may be triggered if you don’t halt and take time before driving into the intersection.

What Is The Difference  Between A Red Light And A Traffic Camera?

A red light camera is mainly put at the intersection to take snaps for the vehicles that run a red light. They are fitted with sensors that activate hem when the light for the selected direction is red.

The camera can take a snap or a brief video of the vehicle violating the rule. The video is sent to law enforcers, and from them, you receive an email.

A traffic camera is mostly found on roads with more traffic, and their primary purpose is for analysis.

The government or other agencies either own them, and the primary use is for traffic updates and other monitoring issues.

How Do You Appeal A Red Light Camera Ticket?

Since most of the company’s employers do not appear in court, even though the photos are clear, you can defend yourself by objecting to the photos saying that no one has appeared before the court to justify the authenticity of the photographic evidence.

Therefore this is a lack of evidence foundation.

The photos may be allowed for evidence, but their clarity is not compromised; you are at liberty of objecting by challenging the clarity of the photos by saying that the evidence provided is not that convincing for your conviction.

Never should you testify unless you were not the one driving the vehicle during the incident.

How Do You Know A Red Light Camera Has Caught You?

Assuming that you accidentally drove into the intersection while the red light is on, the camera takes your license plate photo, and the driver’s photo preceded with red and blue lights.

Depending on the make of the camera, a siren may be followed, and in some states, an official will approach you and explain to you why they have stopped you and what is to be expected from you.

After that, you will be emailed a Red Light Ticket, of which you are needed to settle the fine as soon as possible.

How Do You Check a Red Light Camera Ticket?

In most cases, if you are suspicious that the Red Light Camera caught you, the ticket will be emailed to you, and you are given a grace period of at most 30 to 60 days for your ticket to be mailed.

Once it’s mailed, the notice will include the date, location, and time where the violation took place, photographs and a short video for evidence, ticket cost, and payment method and guidelines on how to contest for the ticket.

Now you know about the red light camera cost you will have to pay according to the chart I provided above.

What you will learn below the contents are the questions often asked by people who looked for the answer for how much is a red light camera ticket.

Do The Cameras Take Photos Of All Vehicles Passing The Intersection?

The cameras don’t snap every vehicle; they are only designed to take photos of those vehicles that enter the intersection after the traffic lights turn red. Therefore, pictures are only taken when the violation occurs.

What Happens If The Camera Captures A City Vehicle?

No vehicle is immune to the program. When the vehicle violates the traffic law, the relevant department is emailed with the ticket, and they will determine who the driver was at the violation time. They will offer the necessary punishment according to their policies.

Which Intersections Have Red Light Cameras?

The General Assembly of the States required that all red-light cameras fit at least 500 feet from the intersection signs. The locations should be familiar to the road users and should be listed on the photo-safe web page.

Do The Cameras Minimize Crashes At Intersections?

Research states that at every intersection where a red-light camera is installed, crashes are reduced by 40%. The technology has a significant impact on driver behavior change, and thus, violations and crashes are minimized.

Does Every State Have A Local Ordinance As Required By The State Codes?

The answer is yes. Every state city traffic authorizes that there should be the use of red-light photo monitoring systems to ensure that the number of crashes is reduced.

All drivers have the discipline not on at the intersections, but also follow the general traffic and road safety rules.

In a nutshell, you can concur that running a red light is such a dangerous and too way expensive act.

In most cases, those drivers who run red lights because accidents that leads to unexpected deaths and injuries, not forgetting the damages.

Follow the rules laid out and be sure that you will be out of trouble. Rules are very useful and generally should be adhered to, but following them blindly can eventually lead to a disaster. 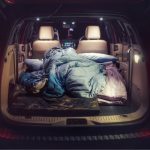 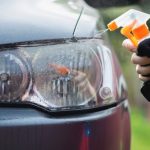