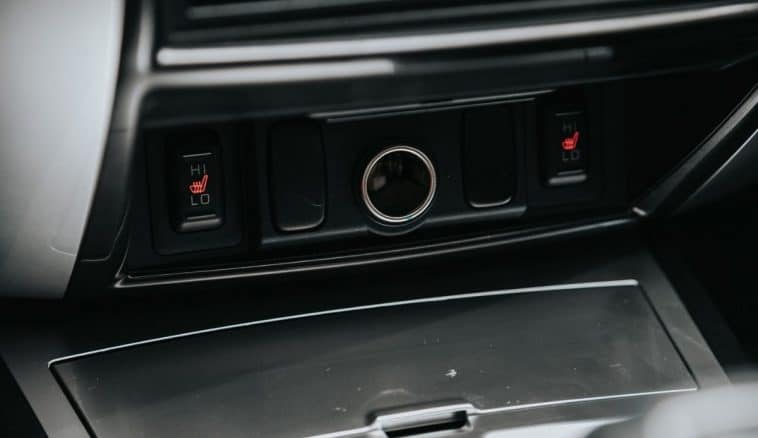 Cigarette lighter, as understated it is, you have to agree that it is a vital accessory in your car. Imagine those road trips without being able to charge your mobile phones or tabs.

However, the question is, can you fix cigarette lighter plug all by yourself?

Fixing the cigarette lighter in a car is pretty easy, that even a novice can do it. Here’s how you can repair a faulty one.

Though a faulty cigarette lighter is not a serious issue, it can be quite an inconvenience really. You can handle any simple problems, including a blown fuse, by yourself at home.

But, when it comes to faults in the wiring, only a mechanic can fix it for you. However, 90% of the time, it is a blown fuse that is the issue.

Repairing your cigarette lighter isn’t a big task, but it is an electrical component, and as long as you approach it carefully, you should be able to do it yourself.

A cigarette lighter is a component that doesn’t give up that easily. Most of the time, the issue isn’t with the socket at all. Your lighter or charger, whatever you use, maybe the cause of the problem.

So, start with verifying the product for any issues.

If you are using a cigarette lighter, inspect the coil face. Check for tobacco remains stuck to the coil, or maybe the coil face in itself is broken.

The only way to verify the integrity of the lighter is to plug it in another car and test it there.

Or maybe you do not use a lighter but use a phone charger. In this case, it might be the charger cable that is the issue or the contact points.

In the case of a mobile charger, there are three contact points, with one in the center and two on either side of it. They are spring-loaded to fit snugly inside the socket.

Again, the only option is to check your charger in another car to confirm that the issue doesn’t lie with the contact points. Or you could try another charger if you have any.

Like I said earlier, when it comes to dead cigarette lighters, the issue lies with the fuse at least 90 percent of the time.

So, if your charger or lighter isn’t the issue, you can jump to your fuse straight away. There can be any number of reasons why your fuse blew.

Firstly, it might be due to a coin that fell inside the socket.

If that is not the case, it might be because you plugged in a device that drew in more current than the socket can handle. In this case, your only option is to change the fuse.

The circuit behind the socket is designed to wield 10v-15v, which isn’t a lot.

But if you used an inverter on the socket, the chances are that it is not designed to keep the current within the level mentioned above, and any plugged electronics can burn the fuse.

Once a new fuse is placed, any one of the below might happen:

Coming to cigarette lighter inverters, you are better off with one that plugs directly into the battery.

Clean The Inside The Socket

Contaminants and debris get inside the socket all the time. Many a time, coins fall into the socket, and if not detected, it can cause a short circuit.

While nonmetal debris doesn’t cause a short, it can prevent the plugs from coming in contact with the socket.

Remove the accessory from the socket and clean out the bits stuck inside.

However, you need to take care before removing them since the circuit can still be hot and cause a short circuit. Ensure that you do not use any metal objects to clean the socket.

Use a toothpick to dislodge stubborn pieces and vacuum to remove them. Alternatively, if you know how to remove the socket, take it out and clean it meticulously.

If the socket work even after all these steps, you might want to check for issues within the socket itself.

A damaged socket is another common reason, especially in older cars. Over the years, the metal parts are susceptible to corrosion.

Bent and broken points can also be frequently seen and prevent the flow of current.

A question I see often is how to repair a car cigarette lighter socket? Here’s how you do it.

If the next question you ask is, how to replace cigarette lighter in your car?

Let me ask you to stop right there. You do not replace it unless you are a mechanic yourself. If not, consult an expert to do it for you.

There is a reason why I have left this to the last. Even though you have the technical and theoretical knowledge to handle this, you better leave it to the experts like your mechanic.

You require an automotive test light or voltmeter in the first place. Set the test light on the brass ring right in the center of the socket. And the ground on the metal rim on the outside.

Turn on the ignition and check for current flow. An important point to note is that your fuse will blow if your test light touches the outer metal rim.

If you have a voltmeter, place the positive probe in the center and the ground in the outer rim. Turn on the ignition; You should get a reading of 12v, which means that the socket is working.

Here is when you surrender your car over to the mechanic for them to check the wiring. If you are determined to do so yourself, this is how you do it.

Remove the dashboard trim to reach for the wiring. When the wiring is accessible, make sure everything is secure before removing it.

In the case of widened metal contacts, use pliers to squeeze them back. If you find any burn marks, the wiring needs to be replaced.

In the majority of the cases, the issues related to cigarette lighter is due to a blown fuse. It is quite easy to replace it as long as you are careful and meticulous like every electrical component.

If not, you might actually be damaging other electrical components, not to mention the fuses.

If you are here thinking how to fix cigarette lighter in car fuse, here’s how you can replace a blown fuse in your car.

The location of the fuse box may be one of the below three places: Under the hood, trunk, or cabin.

It varies contingent on the make and model of the car. There is also a possibility that your car has more than one fuse box. You can find the location in the owner’s manual.

Also, most modern cars come with replacement fuses in any one of these boxes. It may not be in the same box as the cigarette lighter fuse.

Few models may make it easy on you by marking it as ‘Cig’. However, you may want to confirm it with the help of the map present in the lid or the owner’s manual.

However, assuming that it is burnt, you may not hear anything. Once you confirm, you need the smallest needle nose plier you can find to extract the fuse.

Most modern vehicles come with a tool that looks and functions similar to a tweezer. If it is not present, you can use a needle nose plier to remove the fuse.

Make sure you have a good grip on the plier before removing the fuse.

Grip the ends of the fuse firmly but not too hard else, you might break the fuse, making it difficult to extract.

Your fuse should look similar to a sim card but slightly big. Hence the caution when extracting it.

If you have a multimeter, you would have checked it out already. In case you do not possess one, you can identify a blown fuse just by looking at it.

In both of the above cases, the fuse is of no good and you will have to replace it with a new one.

Replace With A New Fuse

As said earlier, the fuse box contains different fuses for various other functions in the car. Each fuse is assigned a different color and number.

Once you identify the blown fuse, you can use it to find the appropriate replacement if present or buy a new one.

Replacing the new fuse is not as difficult, but you need to be careful and ensure proper alignment. Make sure you do it gently, as the replacement may break with any sudden movement.

With the above steps, your cigarette lighter should work. If it still doesn’t work, it may be because:

For the former, you can try with a newly purchased fuse, but with the latter, you have to consult a mechanic.

How Much Does It Cost To Fix A Cigarette Lighter In A Car?

The cost of replacement depends on the issue at hand. If it is just the socket that is the problem, it would cost you just around $50 – $100 to replace it.

However, if there is any problem with the wiring, it might cost you more.

Why Did My Cigarette Lighter Fail?

There is a number of reasons why a cigarette lighter may fail. Any of the below can cause your fuse to blow:

Can The Cigarette Lighter Work If The Car Is Off?

No, unless it is directly wired to the battery, it works only when you switch on the car’s ignition.

This is to save power wastage and to prolong the life of your battery since cars these days come with many electronic devices.

It is not pleasant to find that your cigarette lighter not working when you are about to charge the phone. Fixing it is pretty much easy as long as the socket does not deteriorate or rust beyond use.

Around 90% of these issues attribute to the fuse being blown. Start with checking your accessory and then cleaning the debris out of the socket. If it still doesn’t work, the fuse is probably blown.

Replacing a new fuse is not a big thing; even a novice can do it. I added detailed steps for you to follow when coming to replacement. 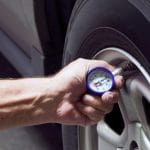 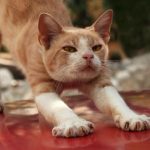