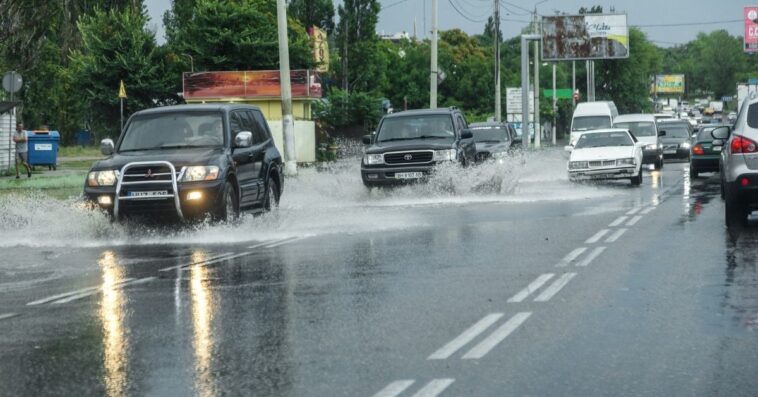 Fire, water, and metal don’t go well together. If you own a car and are familiar with your engine, you understand how dangerous it is to drive through a puddle.

Hydro locking must be tormenting you and the last thing you want to do to your car.

There might be a need to exchange the wet spark plugs with a new one. However, in case of emergency, you can dry the spark plugs to use again.

What Is A Hydro Locked Engine?

Have you ever experienced engine failure moments after you drove off a flooded road?

If yes, then the hydrolock is the ultimate reason. Pistons of the car engine are designed to compress air and fuel, not water.

Hydrolocking means when an engine fails due to the penetration of a considerable amount of water in the cylinders.

The internal combustible engine is like an air pump; it is meant to compress air and not water.

Because the compressibility of the water is very low, a considerable amount of pressure is being applied by the piston to compress it somehow, but it fails. This paves the way for further damage.

If the water reaches and fills the combustion chamber, the crankshaft rotation will stop the pistons right away.

It is similar to a batter ground where both piston and water apply force to each other, and someone has to give up.

The reverse pressure applied by the water is much greater than the capability of the piston to handle it, the engine gives up.

However, if the engine is very small with little or no capacity to apply pressure, the engine gets seized, and the vehicle stops abruptly.

This can also happen when the engine is not rotating at an incredible speed.

Many factors come into play when your vehicle gets hydro-locked. The larger the volume of water entering the cylinders, the more severe is the damage caused.

The speed at which your vehicle was moving while it came in contact with high water levels also plays an important role.

As the law goes – every action has an equal and opposite reaction can be seen in the case of hydrolocking.

Piston tries to compress the water, while water tries its best to overcome the force and applies reverse pressure. This results in breakage of internal components, mostly connecting rods.

The force makes the connecting rods bend, ultimately requiring a replacement or an engine repair.

The connecting rods break right away in some cases, causing a metal splinter inside the cylinder, followed by a crankcase.

This energy is released, making its way through the cylinder head or the sump, thus creating holes in the engine.

In this case, an engine replacement is required. Here are a few points you must know to have a better understanding:

How exactly do you spot a hydro-locked engine? Even a small amount of water can make your engine go crazy with unpleasant noise, but how would you exactly recognize a hydro lock?

If there is little water inside your engine, it would just make some noise but keep working.

However, if there is a large amount of water that your pistons are dealing with, then the engine will make loud hammering noise, and within a matter of 2 to 3 seconds, your engine will stop abruptly.

How To Fix Hydro Locking

The answer to this question depends on how much water has entered the engine, along with the duration of its presence inside the engine and the speed at which you were driving.

So, depending on all these factors, you might either able to clean it by yourself or if the damage is more, then certainly call a mechanic.

To remove the water from the system yourself, you first needed to remove the spark plugs and then start the engine.

Keep on accelerating, and you will see the water coming out of the cylinders. Make sure you change the spark plugs and put new ones.

However, if there is an emergency and the unavailability of new spark plugs, drying off the old ones carefully will do the job.

If the water inside your engine is in excess and the damage is being done, you must not take any further risk and take your car for an engine replacement at once.

Does Hydrolocking Harm An Engine?

As you can see, the hydro lock is a pretty bad situation for an engine and, in most cases, demands the replacement of the engine.

But the utmost factor which determines the level of damage is the speed at which you were driving while this unfortunate event occurred.

If you were driving at a low speed, a little water must have entered the engine.

However, you were at high speed cutting through the flooded road, the water level inside the engine must be dangerously high.

After the damage is being done, any further delay will only worsen the problem with rust coming into play. Contact of metal with water will lead to rusting and make your engine conditions even worse.

Whether your car is new or old, confronting a hydro lock will cost it the same.

It doesn’t matter if you had to cut through a flooded road by chance or by choice; you will have to pay thousands of dollars to repair it.

Keep your fingers crossed and hope that your car doesn’t require an engine replacement because that would be as expensive as buying a new car!

Can I Save A Hydrolocked Engine?

The degree of damage depends on the following factors, determining whether you can save your engine by yourself, need a mechanic, or a replacement.

The speed at which you were driving, low speed, is pretty harmless as less water enters the engine.

And high speed causes the opposite, i.e., a large amount of water gets into the engine, causing it to be hydro-locked.

So, in conclusion, if the vehicle was moving slow, you can get the water out of the engine all by yourself; however, if the speed was high, water entered is more.

Your car needs an engine replacement.

The severity of the hydro-locked engine damage depended on the speed of the engine when water entered.

If the car was slow, the problem could be easily fixed by draining the water out of the cylinders.

But, if the engine was moving fast, you will have to replace the driver completely. There are no other alternatives.

How Do I Stop Hydrolocking?

You can avoid hydrolocking by not letting any amount of water entering your engine.

So, for this, avoid driving in high levels of water, flooded roads, and keep a check on air intake modifications. While washing the car, do not let the water rush into the air filter.

Will A Hydrolocked Engine Crank?

No, an engine that is hydro-locked will not crank. You will hear some water-gushing sound, and within a couple of seconds, your engine will stop abruptly.

The hydrolock of an engine is not less than any nightmare.

So, before you go out on flooded roads with a motive to enjoy water splashing left and right as you enjoy the rain with some music on. Just stop and think twice.

Do not take the risk of driving on roads with high levels of water. It can cost you thousands of dollars which you could have saved otherwise.

Now, you know that piston of car engines is made only to compress air and fuel, it certainly doesn’t like water. So, make sure you take good care from now on! 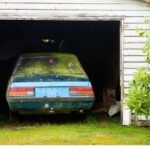 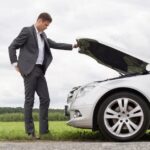