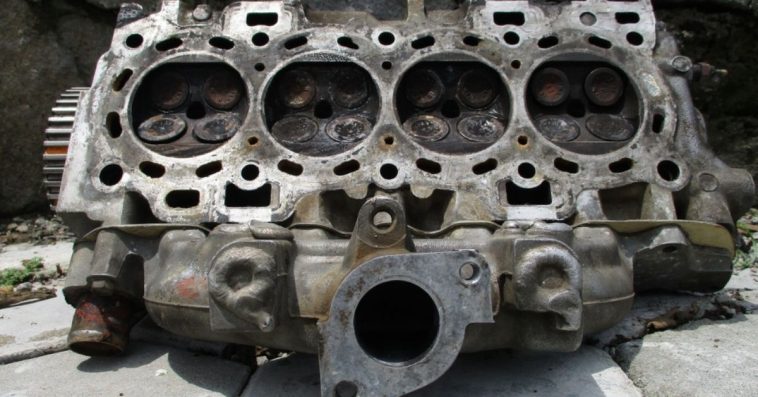 Can you imagine anything more dreaded than a blown head gasket? A part that costs you about $30 or even lesser needs a complete engine rebuild when replacing.

But the labor cost is around $1200 and might be higher depending on the damage. With this in mind, the question often repeated is, “What causes a blown head gasket?”.

Though a head gasket should ideally last for more than 10 years, it’s not the same every time or with every car.

There are a number of reasons why it would fail, including wear and tear and faulty head gasket.

Even though you have just identified a blown head gasket, possibilities are that the issue has been existing for some time now.

And the head gasket, while being a sturdy component, has been absorbing the pressure for some time now. So, if your head gasket is giving you issues, it is high time you analyze the cause for it.

Head Gasket: The Important Seal In The Car

Before you learn about the causes of a blown head gasket, you need to know about head gaskets and why it gives such anxiety to drivers.

The engine of any vehicle is separated into two parts: the engine block and the cylinder head.

Residing between these two is the head gasket, which is essentially a seal that blocks the engine oil and coolant from entering the combustion chamber.

One of the most crucial seals in your entire vehicle, the head gasket provides the cylinders with a proper seal preventing other fluids from entering it.

Ideally, it would be made of steel or copper. It endures the stress created by the planes twisting, stretching, contracting, and rubbing.

There are many more reasons that make the head gasket an important part of the engine.

As visible from the above, the head gasket plays a critical role in the running of an engine. When it develops a leak and fails, it is deemed blown.

If the leak is small and early enough, you can seal it with a sealant, or you might have to replace it. Replacing the part is not the difficult part; You need to mantle the engine to reach the head gasket.

The thing about the gasket is that as long as you catch the issue at its early stage, you should be good to go. Hence, make it a priority to understand the issues at hand and avoid it if all possible.

Why Is Your Head Gasket Failing? Find The Symptoms Of Your Blow Head Gasket!

With the head gasket such an important component in an engine, it is important that you understand the reasons that bring about its failure.

Being aware of the causes and the symptoms remains a priority to every car owner, especially if your car is older.

An overheated engine is one of the most common reasons for the blown head gasket. It happens when the head gasket is exposed to heat that it is not designed to handle.

An engine creates a huge amount of heat during its operation. When it gets too hot, the metal can expand, crushing the head gasket beyond its limit, causing a leak.

At this point, the gasket can no longer seal as it used to earlier, providing a path for the fluids and gasses to escape or mix.

If the engine head and the cylinders are made of different metals with varying expansion rates, the head gasket present in between them takes the hit.

The high thermal stress can cause it to wear down slowly even though it doesn’t happen immediately.

Here are some reasons why your engine might overheat.

Combustion issues are to blame for a blown head gasket as much as the overheating. It can be either detonation or preignition problems in the engine.

Both cause a sudden peak in the pressure, which can cause the gasket to weaken over time.

In a normal combustion environment, the air-fuel mixture burns evenly, which is not the case here. A too-thin mixture or low-octane fuels can interrupt the process creating an abnormality.

Sometimes the ignition process can slow down in the cylinder. This allows pressure to buildup so much that a second ignition starts at the end of the mixture.

Both the ignitions collide, creating a knocking sound. The shockwave resulting from the detonation causes internal vibration, which damages the engine and also the head gasket.

Below are some causes why detonation might happen in your engine.

Contrarily to detonation, preignition happens when the combustion starts before the spark plug lights up.

Similar to the former, this also creates two ignitions that collide, and this time, creating a pinging sound, which is a gentle form of knocking.

You can hear it as a tapping sound arising from the engine. Though, not as damaging as the detonation pinging can develop into one, which is harmful to the engine.

Here are a few reasons why preignition happens.

Engine design and wrong gaskets can lead to hotspots. Not just replacement gasket, original ones have blown due to hotspots.

Some engines have their exhaust ports close to each other, which are not ideal. Hot spots can develop in these areas.

If the gaskets have reinforcement in these areas, then the heat would dissipate, but in the case that the gasket cannot handle such issues, failure can occur.

Gaskets have to fill in the imperfections on the areas they rest on.

Some gaskets are designed in such a way that they fill in the gaps caused due to filing. These can handle the heat generated due to abnormal ignition, overheat, etc.

If you happen to resurface your engine block or cylinder head, make sure to buy a gasket that fits right in.

The head bolts and the others should have the same torque. Uneven torque can cause irregular clamping load on the head. Unbalanced loads can put pressure in certain areas of the head gasket.

These areas, when under high temperature or pressure, blow up, causing it to leak.

It needs to be calibrated properly and installed in the right order and at exact intervals, as mentioned in the manual.

Low-quality head gaskets can have manufacturing defects or not meet the requirements of the engine. Similarly, a good head gasket, if not installed accurately can fail.

Apart from replacing a head gasket, you need to take a few more precautions.

The head bolts used to secure are as important as the gasket itself. A damaged thread can cause the gasket to destabilize and fail eventually.

Furthermore, the bolt must be in good condition to hold the seal in its place. Corrosion, dirt, rust, and nicks can affect the efficiency of the bolt.

Your mechanic would probably resurface the cylinder head and the engine block before replacing the head gasket since the surface needs to flat and smooth for good placement.

A rough surface is bad on the gasket wearing it out sooner than expected. This goes for cast-iron and composite metal engines.

If resurfacing is not an option, I’d recommend rubber gaskets. They can withstand heat as well as handle rough exteriors than the metal alternatives.

Late-model cars have a barely enough cooling system. It holds enough coolant to manage the engine heat on a day-to-day basis, but if the engine overheats, they might not handle it adequately.

The same goes for a dirty cooling system or failed cooling fan.

You might also want to check the ratio of antifreeze with respect to coolant in your system. Too much of the former cannot help dissipate or transfer the heat.

Make it a point to keep an eye on the coolant levels in your vehicle if you suspect an overheating engine. You can also flush the cooling system regularly to make sure that it is working properly.

A functional cooling system makes for a happy head gasket, and everything works properly and in the right order.

Head gasket is available in many materials from graphite, copper, rubber, composite to multi-layered steel(MLS).

The choice of gasket should be dependent on the engine block and also the cylinder head especially if they are both made of different metals.

How Would I Know If My Head Gasket Is Blown?

A blown head gasket is not visible to the naked eye but can be identified by a series of issues in the engine.

The common symptoms of a head gasket are:

Can A Bad Thermostat Cause A Blown Head Gasket?

Malfunctioning thermostats can stick to the closed position and don’t send coolant to the cooling system, which causes the engine to overheat.

An overheated engine can cause the engine to warp and cause a blown head gasket.

Can A Car Still Run With A Blown Head Gasket?

A car can run with a blown head gasket, but it is not advisable to do so. You can see a visible loss of power even in full throttle.

A blown head gasket is a serious issue in a car mainly because it can cause the fluids to mix and go into parts where they are not supposed to be.

It can also cause thousands of dollars to repair. Hence it is imperative that you learn about head gaskets and their function.

The head gaskets can fail due to a number of reasons of which overheated engine and combustion issues remain common.

Bad gasket, improper installation, bolts, and even your engine surface finish can cause the head gasket to blow eventually. 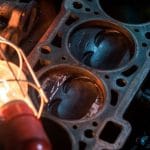 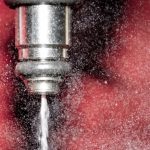