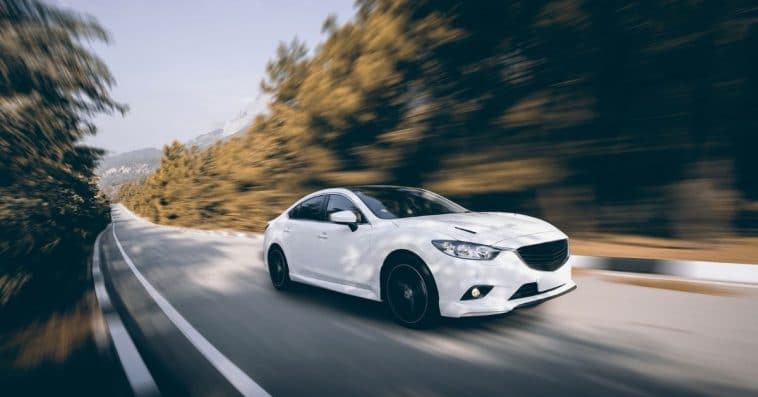 There are 7 different types of noises your car could be making when you accelerate.

Most of us are oblivious when we drive. The car makes noises, and we get used to them. The ones we’re used to are probably safe to ignore. But new noises can cost big money. It’s best to check out the “shake, rattle, and roll” before it breaks your bank.

Take note when you hear any of these:

The trick is always to find the problem sooner rather than later. In cars, like anywhere else in life, there’s a tendency for one thing to lead to another.

If you ignore a small squeak, it could turn into a mighty roar and lead to an even mightier bill.

Whenever you’re not sure, head over to your mechanic to check it out. A good, reliable mechanic has an ear like a symphony conductor. They’ll be able to tell you what and how much in no time.

A Rattling Noise And Roar That Gets Louder When Accelerating

A roar could be a frightening thing. That’s the thing with sounds and a car – the louder they are, the more expensive they sound.

When the rattle is combined with a roar, you could be really lucky here. It could be your exhaust system.

It could either be damaged (i.e., have a hole in it) or it could be loose (i.e., slapping against the underside of the car). Either way, this should not be a high-ticket fix.

On a stick shift, the clutch could be slipping.

Also, please listen to the sound carefully. If it starts as a roar and then becomes a hum, possibly even a whine, it could be your wheel bearings.

A quick way to tell is to keep an eye on your RPM. When accelerating, your RPM will rise. Cruise at a steady speed for a while, and then lift your foot off the gas. Keep your eye on the RPM and watch it drop.

If the noise is still there, even though the RPM has dropped substantially, the sound is not coming from the engine.

In any of these cases, head over to a mechanic for a proper diagnosis. Go straight there! If left unchecked, it could quickly go from a few dollars to a pricey excursion!

1. A Squeaking Or Chirping Sound That Increases The More You Accelerate

One or more of the drive belts in your engine may be slipping. This is not necessarily a biggie.

Your air-conditioned also has a belt that runs in the engine compartment. Switch the aircon off and see if the sound goes away. If it does, you know what it was! See your mechanic.

The squeaking or chirping rattles could also mean one of the drive pulleys, like on the water pump, may have slipped and become misaligned.

Does the squeaking or chirping go away when you push the brakes? If so, they could be the culprit. A quick service will sort them.

Either way, your friendly neighborhood mechanic is your next stop. And do it sooner rather than later.

Bad brakes are no good. Misaligned pulleys and slipping belts could lead to bigger, more expensive problems in a real hurry.

2. A Rattle Under The Car That Becomes More Pronounced And Then Dissipates

Try to determine where exactly the sound comes from.

If the sound comes from underneath your car, it is quite possibly your exhaust system. They come loose sometimes.

The rubber fittings perish and cause the exhaust system to rattle against the underside of the car.

Nothing to worry about – it’s a simple fix.

If the sound emerges from beneath your hood, it could be more serious. Low engine oil levels do that – in which case a simple top-up will suffice.

Bear in mind, unidentified engine rattles can be expensive, so clear your schedule and head over to your mechanic.

3. A Teeth-Rattling Grinding Noise That Becomes Worse As You Accelerate

If the sound comes from beneath your vehicle, it is probably the transmission. On a stick-shift car, it can be something as simple as a clutch adjustment.

It could also mean a whole host of things inside the gearbox. Your gearbox is an expensive piece of equipment. Bet to have it checked out.

Your suspension has a whole host of parts that could be on the fritz. Ball joints, coil springs, and stabilizer links could all cause this noise.

In this case, you should worry if the noise suddenly disappears. Chances are the component broke off or disconnected from the vehicle.

4. A Ticking Sound That “Ticks” Faster As You Accelerate

You could be low on oil. That’s a quick and inexpensive fix.

It could also mean problems with your valvetrain. Or an oil-pump. These are bigger issues that need immediate attention.

Both could cause secondary problems that will do serious damage to your bank balance.

5. A Knocking Noise That Becomes A Rattle When You Accelerate

You may very well be using the wrong octane gasoline. There are so many urban myths about higher octanes and lower octanes, higher performance, and better fuel efficiency. Ignore them all.

Go back to your vehicle’s owners’ manual, see what they say, and comply. It’s a simple fix.

6. A Sound Like Pebbles In A Dryer When You Accelerate

Check your speed first. If the rattle is pronounced at low speeds, and then disappears when you accelerate, you could have lost a lug nut inside your wheel cover.

If this is the case, get to a workshop! You don’t want to lose a wheel!!

7. A Slapping Rattle When Accelerating

This one’s no good. Does it rattle and then start to slap like a flat hand against your leg when you accelerate? Tire damage, that’s what it is.

Do not pass go, do not collect $100. Go STRAIGHT to the tire shop to have it fixed.
It’s dangerous, and it’s illegal to drive with a damaged tire.

A Reminder – It WON’T Go Away By Itself!

We all do that. And the temptation is huge. Just drive and hope the rattling noise when accelerating goes away.

The thing is, unusual noises from your car could mean various things. Not all of them are expensive.

The flipside of that coin is: one loose part or misaligned component will do damage to other parts.

When accelerating, your engine generates and absorbs enormous energies. These translate to huge torque.

When something rattles, it is out of place, and with all that power being exerted in the engine, well, you see where I’m going with this …

Rather have it checked out immediately. You may be pleasantly surprised by the cost. And your own safety? Priceless. 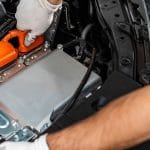 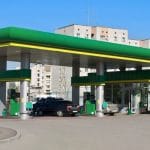