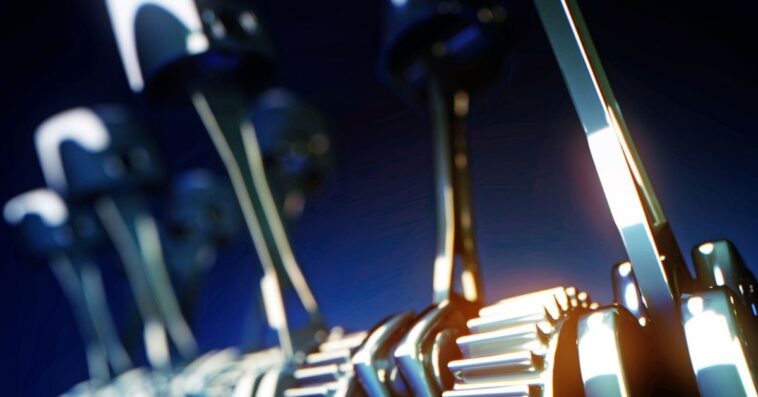 In very simple words, a rod bearing is a two-piece band of smooth metal that helps hold the spinning shafts in an engine.

The word sometimes refers to connecting rod bearings, which is an entirely different topic.

If someone tells you that worn or malfunctioning rod bearings are the root cause of the problem for your engine, you need to understand the type of bearing they are referring to.

So, how much does it cost to replace rod bearings? As it’s a lengthy process, you need to consider the amount of repair or replacement like, check if you need fresh pistons, camshaft, timing chains, bearings.

If you must change most of the parts, it’s better to replace the full engine assembly. Usually, it costs around $2000-3000 considering labor and parts.

What Is A Rod Bearing?

Rod bearing can be taken as two-piece smooth metal bands (top and bottom). E.g., the top half of it is a semi-circle fixed underneath the vehicle in case of driveshaft rod bearings.

The bottom section of the bearing is bolted to the top half when the driveshaft is in place.

It allows lubricant to penetrate the bearing’s interior via a pinhole in the top half. It also permits a free rotation of the shaft within the bearing with reduced friction.

In some instances, the engine can need a new crankshaft. It can be costly to replace connecting rods and places, timing chains, and camshaft bearings.

1. Noise In The Engine

Engine noise is one of the symptoms of engine bearing failure. Even if they haven’t seen it, most drivers are aware of rod knock signs.

Another sign of worn piston bearings is rod knock!

Most engines have a primary oiling mechanism that directs oil pressure to the crankshaft before moving on to other components.

Excessive oil leakage at the crankshaft and rods deprives the valvetrain of the pressure it requires. It can cause a seemingly minor lifter tap to reveal worn-out crank bearings beneath.

Usually, the oil is pumped at a preset volume of air (about 20 gallons per minute).

If your engine has leaks between engine bearings or the hydraulic lifter, the engine will lose oil pressure as oil leaks from the oil pipes.

Extra bearing clearances caused by excessive bearing wear can result in oil pressure loss, typically at low RPM while the pump spins at its slow speed.

There are two kinds of bearing faces on the main bearings.

The central bearing pad, where the crankshaft operates, comes first, followed by a thrust bearing face, keeping the transmission from shifting to and fro.

The thrust-bearing face, like the main surface, will deteriorate over time.

Worn-out or damaged thrust bearings may allow the crank to turn backward adequately to force the torque converter into the transmission.

Furthermore, when there is enough room on the rod journals, it could move far enough forward or far enough back to cause unnecessary wear on the belts.

The dirt gets clogged in the filter as the torque converter pushes on the oil pump. It can also result in a loss of fluid pressure, which can lead to the pump breaking.

Debris, such as soil or gravel, will destroy the bearing surface, leaving you wondering how a lousy engine bearing sounds.

Moreover, the dirt may leave scratches and get stuck in the paint if the lubrication mechanism fails.

Inadequate lubrication is the second category of engine-bearing damage.

A lack of lubrication in the crankcase will cause the bearing to seize and the engine to fail, possibly requiring an expensive repair.

There will be a lot of friction and metal-to-metal interaction if there is not adequate oil film.

Misassembly can also lead to engine bearing failure. Say a bearing cap or attachment rod is incorrectly mounted, it’s likely that the bearing will not operate, causing insufficient lubrication.

Also, if you don’t have enough lubrication, you’ll hear the sound of a bad engine bearing.

4. A Crush Of Engine Bearing

Crush refers to the external force produced by the part of the bearing that passes above the housing bore if the bearing halves are correctly located.

This spare bearing material presses the bearing’s exterior diameter against the bore of the housing. The bearing crush helps hold the engine bearing in order.

Rod bearings allow the rods to move smoothly around the crankshaft and piston wrist pins on the two ends. Bearings in a motor can be replaced as part of an engine overhaul.

Remember that the longer you wait, the condition is likely to become worse. No matter how you look at it, it’s going to be costly.

However, addressing it sooner rather than later may mean the difference between being able to patch it or needing a new engine. 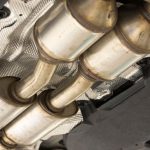 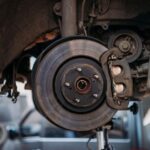