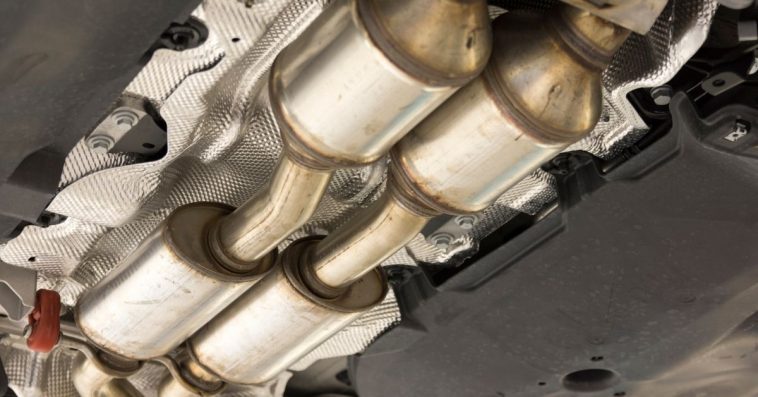 But there are many options in between those price ranges and a couple of possible fixes too. So, let’s step back for a second.

Your car is a gas factory. It doesn’t matter how old or how new it is.

When it burns fuel in the high-pressure environment of your engine, that fuel turns into gas. But not one gas-only – many gasses. And those gasses need to go somewhere.

In the days before pollution became a curse and before people worried too much about noise, cars simply expelled the gasses straight from the engine into the atmosphere.

But, as time went by, we learned a couple of things – about the environment, obviously, but also about the gasses.

Turns out all of them are detrimental to our health. Even fatal when we ingest them in the right dose.

The catalytic converter on your car assists in removing those gasses, especially the carbon monoxide, and prevents them from dispersing in the atmosphere outside the car.

Most likely, you’ll never have a problem with it. But like anything else, they fail occasionally.

How do you know when your car’s catalytic converter is failing or has failed? What do you look out for, and what are your options? And, above all, what is it going to cost?

I’m going to answer those questions for you in this article.

What Does It Cost To Replace A Catalytic Converter?

The metals used in the construction of the converter (rhodium, palladium, and especially platinum) are all precious metals.

They’re expensive. Just watch the commodity prices on the news tonight, and you’ll see. So, to replace them isn’t cheap.

A Gas Engine From 1981 To Now And Beyond

Most of the cars built since 1982 sport a three-way converter. The design is complicated and comparatively expensive.

You can expect to pay in the range of $500 to $2200 to replace the converter, depending on the make and model, and whether you’re replacing it with an original or an aftermarket part.

It takes about an hour to replace.

Converters found in these vehicles typically have two-way converters. The design is infinitely simpler than the three-way design, and hence it costs less to replace.

A replacement will set you back between $175 and $750, again depending on what make and model you drive.

There’s a caveat, though. If a vehicle is really old or really rare, you’ll pay – and it will be solely because of scarcity.

What Is A Catalytic Converter?

A catalytic converter sits between your car’s exhaust manifold and the muffler. It’s obviously a part of the exhaust system.

Typically, cars only have one catalytic converter. But cars with dual exhausts sometimes have two – one fitted to each exhaust.

High-end vehicles also have two catalytic converters, but these are fitted inline.

The solitary aim is to reduce harmful emissions as effectively as possible. Cars designed in Europe also have stringent regulations that apply.

Nitric oxide, unburned hydrocarbons, and carbon monoxide are all filtered out, or “converted”, by the catalytic converter before they’re expelled into the atmosphere.

Okay, But How Does A Catalytic Converter Work?

On the way from the inner engine to the atmosphere outside, the toxic gasses pass through the catalytic converter.

Inside, the catalytic converter has a honeycomb structure, made of rhodium, palladium, and platinum, among others.

The catalytic converter operated at really high temperatures – somewhere around 800-degrees Fahrenheit. At that heat, all kinds of chemical reactions take place.

What goes into the catalytic converter as nitric oxide, unburned hydrocarbons, and carbon monoxide, leaves as oxygen, carbon dioxide, and water. Nifty isn’t it?!

Why Would A Catalytic Converter Give Up The Ghost?

When a catalytic converter picks up an issue, you can bet your bottom dollar it originates in the engine.

Excess fuel making its way into the exhaust system, bad engine timing, faulty spark plugs, or other problems that cause unburned fuel to leave the combustion chamber is almost always responsible for catalytic converter failure.

This unburned fuel pushes the catalytic converter’s operating temperature way up. It can end up melting the honeycomb material or even breaking it apart.

If you have a failed gasket or your valve seals are shot, or your piston rings are worn, or even when antifreeze enters the exhaust system for some reason, the inside of the catalytic converter can become covered in carbon soot. And this is no good.

These deposits will eventually clog the converter and it will stop functioning as it should, or altogether.

In the worst-case scenario, your exhaust flow will be totally blocked, back pressure will build up, and your engine will overheat.

There’s also the possibility of physical damage. Potholes, road debris, or just plain rocks can crack the housing, although this is less common.

How Do I Know If My Catalytic Converter Is Bad?

There are six basic signs (and some variations on the theme) that will tell you it is asking for attention.

1. The Smell Of Rotten Eggs

The smell of rotten eggs is a surefire sign of a failed converter. Gasoline contains sulfur. This sulfur changes into hydrogen sulfide during combustion.

Once it passes through a functioning catalytic converter, it changes into sulfur dioxide – which has no smell at all.

When your converter is faulty or not functioning, this conversion doesn’t take place. So, you’ll smell hydrogen sulfide. And it smells like rotten eggs.

2. Your Engine Light Should Warn You

Modern vehicles have oxygen sensors that check on the catalytic converter’s health. They do this by measuring the exhaust gas levels.

These sensors will know when the exhaust gasses are not being converted efficiently, and they will switch on your engine light.

You probably won’t know exactly what is wrong, but you will know something needs to be checked out.

3. Your Acceleration Is Nowhere To Be Found

Lack of power is one of the most common symptoms of a clogged or failed catalytic converter (maybe you should clean it). This will show up most pronouncedly when you try to overtake.

When that flow isn’t good, it will lead to a horrible lack of power.

In the United States, your vehicle has to pass an emission test every few years to stay roadworthy. Not everywhere in the US, but in most parts.

This test will pick up any issues with your catalytic converter.

5. You’ll Have A Rattling Noise In Your Ears

If the catalytic converter becomes clogged, or if unburned fuel enters the system the temperature shoots up. This you know now.

This temperature rise can cause the honeycomb to chip or break apart completely. The pieces will cause the rattling sound. The sound will probably be loudest when you start the car.

You’ll want to have this looked at before the dislodged pieces find their way down the rest of the exhaust system and into the muffler.

If they cause a blockage there, you’ll have problems starting your car.

6. All Fuel, And No Economy

Anything that interferes with the outflow of air from the combustion chambers in your engine, will cause your car to burn more fuel than normal.

It will also cause your car’s engine to work harder than necessary to produce power when you step on the gas pedal. All of these factors in concert, lead to higher fuel consumption.

Can A Converter Be Repaired?

If it’s merely dirty or clogged, it may help to add a catalytic converter cleaner to your fuel. You may have to do this more than once, but it may very well be successful.

You can also remove it and soak it in citric acid – this will take around six to eight hours.

If the damage is physical, in other words, to the honeycomb structure, it’s really not even feasible to try. Replacement is unfortunately your only option.

Clog Prevention – is It Even Possible?

Short distances are a problem. Hydrocarbons often don’t get burned away efficiently because the catalytic converter simply doesn’t get hot enough inside.

A nice run on the highway for a half-hour every so often will solve this problem and prevent unwanted clogging.

Catalytic converters are some of those hidden components that are essential to your vehicle’s well-being, but not often noticed or spoken about.

Generally, they will keep on performing well, provided you take care of the rest of your vehicle’s mechanics.

They perform a vital function but struggle to tolerate unburned fuel passing into the exhaust system. If you service and maintain your car regularly, you shouldn’t ever have a problem. 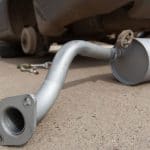 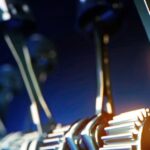