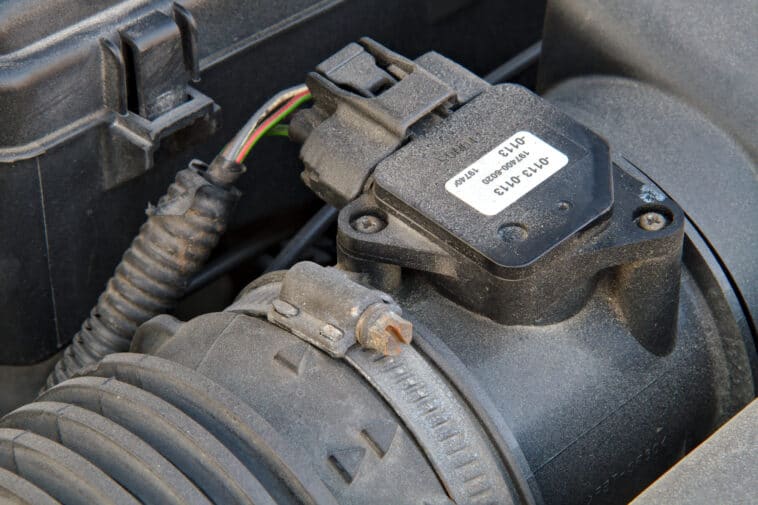 An MAF sensor has one job only, to measure the amount of air coming into the engine so it can be decided how much fuel will be released into the cylinders. Fuel is mixed with air to complete the combustion process, which keeps your car running.

There have been instances where the sensor becomes faulty, and it starts taking incorrect measurements. In a scenario like this, it is better to unplug it.

The question arises, why would a car run better with the airflow sensor unplugged?

The only reason would be that the sensor has become faulty, causing issues with the reading. The ECU or the Engine Control unit defaults to using programmed tables to calculate the fuel that needs to be sent. If you see a performance increase, the sensor is indeed causing issues.

It is recommended to get this issue checked for confirmation. For further information, you can read this article that elaborates on the issue even further.

So, without any further ado, let’s get straight into it.

What Is The MAF Sensor?

An airflow sensor is one of the most important parts of the fuel injection system of an engine. I did mention in the introduction that the sensor measures the airflow that is entering the engine. Then it determines the amount of fuel that needs to be sent into the cylinders.

This is important because if there is too much or too little fuel, then the combustion process will not be able to complete successfully. If there is less fuel, then you can expect performance issues and even unexpected shutdowns.

On the other hand, if too much fuel is sprayed into the engines, you will see a drop in fuel efficiency.

How To Unplug The Mass Air-Flow Sensor

Plugging out this sensor is the only way to disable it. There is no switch or anything. It needs to be physically disconnected. Fortunately for you, I have created a short step-by-step procedure, which is relatively the same for all vehicles.

When the airflow sensor on an engine becomes faulty, some obvious symptoms confirm that it is indeed causing issues. Before I list the symptoms, I must clarify that these symptoms may be due to some other underlying problem.

A faulty airflow sensor can cause the following issues:

If all of these issues are happening in parallel, then the chances of a faulty Mass Air-Flow sensor become dramatically high.

It is advised to get your engine fully checked at a dealership, so you don’t waste your time and money fixing an issue that does not exist.

After Unplugging The Sensor

The job is not done yet. You can go ahead, close up the hood and test out the vehicle, but it is advised to check and do some things before you do so.

You can observe the sensor. Although the damage may not be obvious, there is a chance that dirt settled on it. You can clean it off and be good to go.

It is not every day that you have to get the MAF sensor on your vehicle replaced. Unless the sensor has been subject to damage, you may not need to replace the sensor at all. Air contains dust, dirt, and dozens of other particulates.

When the air enters the intake, the dirt can settle on the sensor. When this happens, the sensor will not be able to carry out its task properly. It will send incorrect readings to the ECU.

Driving With A Faulty Sensor

So, you have now deduced that it is indeed the sensor that is faulty. You need to go somewhere urgently or perhaps to the mechanic. Theoretically, you could drive as long as you want, but you will most probably run into various issues.

The symptoms I stated above can happen on the road, and you really don’t want the engine to stall in the middle of the road. You are not only risking yourself, but the sudden halting can turn out to be hazardous for the vehicles and people around you.

It is better not to risk it and either remove the sensor before driving or get a new one and install it yourself. This is the only way you can be sure that the vehicle will not cause any issues for you on the road.

Most Likely To Get The Issue

If you are one of those people that live in windy or dusty areas, then the chances of the mass air-flow sensor getting dirty are extremely high.

The only thing you can do is to take it out, give it a proper cleaning, and then install it back properly. And don’t forget to connect the electrical supply to the sensor, as it needs the power to turn on and work.

Driving Without The Sensor

So, you do not want to or cannot afford to get a new sensor. That is completely understandable. You can use the vehicle normally without this sensor. Yes, that’s true.

When the sensor is disconnected, the ECU will make its own calculations to make sure how much fuel needs to be sprayed into the cylinders.

You may notice an efficiency drop when compared to relying on a non-faulty sensor, but it will be remarkably better than the faulty one.

As I stated above, it will be better that you did not consider driving the vehicle without a sensor. It can be quite dangerous.

Frequency Of The MAF Sensor Change

A MAF sensor may need changing every couple of months. For some vehicles, you may need to get one with an air filter change.

But this is applicable for people who overwork their vehicles and drive in dusty and sandy areas too. The rest of you will most probably get away with proper cleaning of the sensor.

There is a very slim but the possibility of a glitch in the sensor. Before you get a new one or remove the sensor entirely, it is recommended to exhaust all other options, just to be sure.

A sensor will be reset by unhooking the battery and then plugging it back in after ten minutes. If the issue does not resolve itself, then you are out of options.

Even a new MAF sensor can cause issues. Users reported that new sensors turned on the check engine light on the engines.

You have to use the same approach to reset the sensor. The light should turn off, and you should be good to go.

Cost Of A MAF Sensor

The sensor is not exactly cheap. If cleaning did not do the job, then you have two options, either turn to the ECU tables that automatically calculate how much air is needed or get a brand-new sensor.

I prefer the latter because you will not have to rely on a system that is has been put in place as a backup. A MAF sensor will cost you anywhere between the $200 and $300 range.

It is an expensive piece of equipment and is vital for the efficiency of your engine.

The MAF sensor is an interesting piece of equipment. It is something that a car can run without, but it is not recommended. You may consider it a vital component of the engine.

Now, many of you visited this article to get an answer to the question, why would a car run better with the mass air-flow sensor unplugged, but you may have stayed due to all the included information and warnings of continuing to drive with a faulty sensor.

It is never harmful to increase your knowledge about something. I hope that this article helped clear up some confusion while answering your question too. 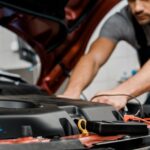 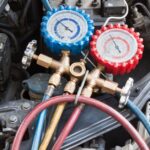