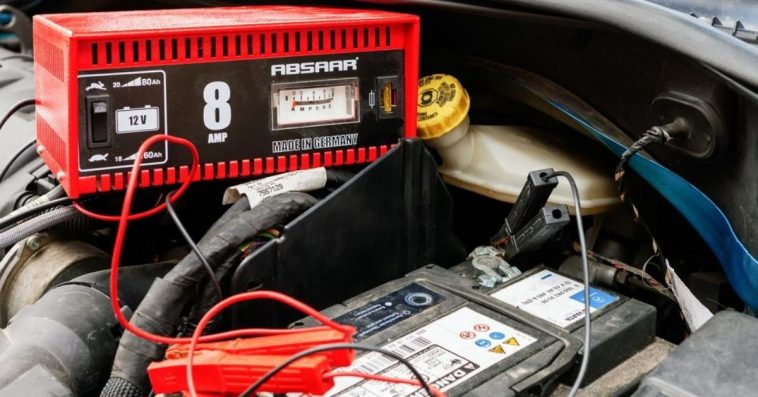 The car battery is probably the most important component of the car, much important than the four wheels or even the windows or windshields.

The car battery after a series of chemical reaction can produce electric current that offers amperage that starts the car engine as well as powers the electronic accessories in the car like the headlights and AC systems.

Do you know how many amps should your car battery has? The average car battery should be able to have 48 amp hours. This would enable the car battery to supply enough amps to the vehicle system that would enable it work well together with other electronic accessories in the car.

The car battery is not only used to power the car engine, but is also responsible for powering the stereo, a computer fixed in the car called the ECU, the headlights, door lights and the car AC system too.

A car battery that has little amps left can be noticed in number of ways; your headlights would not work, or may not work as bright as they usually do.

The car might have trouble starting and even with other accessories in the car that are powered with the car battery. You may be tempted to replace your car battery, when all it needs is a little recharging.

A car battery is able to produce electrons after series of chemical reactions in the cells that leads to release of electrons from the different grids in each cell.

Electricity then ensues as the electrons move constantly through the car battery and to the car system. This leads to an electric current in the system which is measured in amps, amperes.

What Are the Differences Between CA And CCA?

The cranking amperes is the current that the car battery supplies in order to power the engine at a temperature of 32 degrees Fahrenheit for a period of thirty seconds at 1.2 Volts for each of the battery cells.

On the other hand, the cold cranking amp is the ampere rating of a car battery cranking ability when it is at -4 degrees Fahrenheit for approximately thirty seconds at 1.2volts for each cell.

The major difference between this two is that while cranking amp (CA) is concentrated on a normal weather condition, Cold Cranking Amperes (CCA) are considered for a relatively cold weather.

Car Battery Amps Vs. Volts: How To Determine Each Of Them

When the electric current flows through a circuit, it is measured in units referred to as either amps or amperes.

The voltage has been referred to also as being the electric potential, meaning that if it is present in a conductor, it provides potential for the current to flow.

When dealing with a car battery, it is important that you understand and are able to distinguish between the amps and the voltage.

This will help understand just what is needed to start the car from the car battery, is it the volts or the amperes? You should also understand the relationship between the two.

What Is the Reserve Capacity In A Car Battery?

The reserved capacity is one of the specs indicated in the car battery details, and it is the number of minutes a fully charged 12V battery at 80 degrees Fahrenheit can provide 25amps at 10.5 volts until the voltage level decreases.

The reserve capacity should be keenly observed because it determines how you reliable your car battery will be once the car alternator has been unable to perform its role effectively.

The thing is that when the car is switched on, the car battery pushes out 25 amps at 10.5 volts that enable the alternator to work.

This is because the cold cranking amps determines the difficulty of starting the car battery when the engine is quite cold and this is not a challenge in areas with warmer climate, rather the reserve capacity is the issue here.

How Many Amps Are In A 12V Battery?

The amps will decide the easiness you will experience when starting your car.

For instance, a car battery with an excellent Cold Cranking Amps rating, would be ideal for cars that are driven in cold weather conditions. This would enable the car crank easily in cold weather.

What happens is that when the temperatures are fairly cool, the car engine oil becomes quite thick and thus the car battery will have to work twice as hard to start the car engine.

While the Cold Cranking Amps is a factor that is highly considered for car batteries that are to be driven mostly in cold conditions, it is not a major issue for cars driven in warm climate areas.

Simply because the engine oil does not get thicker with decrease in temperature. Rather the Reserve Capacity is the factor that is considered as it helps the car battery become influential in such conditions.

You might have notice that your car headlights do not light as bright as they used to, or continue to flicker when you put them on. This might be the same with the door light and also you might notice that other electronic accessories are not in good working condition.

In most cases, your mechanics would just advice that you replace the car battery, and buying a new car battery can be expensive at times. This is quite annoying and challenging if the one you have had just been in use for less than two years or so.

This article explains how long your car battery should last.

You will also get to know if the car battery is strong enough to power your car electronic accessories, if not you should minimize the time you take while these electronics are on.

This will prevent unnecessary drain of the car battery and leave it to focus on powering the car engine which is its main responsibility.

Another reason why testing the amps of your car battery is important is because you will get to know whether the amps flowing in the car battery are too much.

When too much amps are flowing in the car battery, this is quite risky as it might blow up the accessories. This might also damage the car battery altogether.

There are many ways you can test the car battery amps, but the multimeter does the task perfectly well.

You will need the following tools:

Be Cautious When Testing Amperage

When handling your car battery, you need to be heavily cautious as there are certain risks you need to avoid. For one the car battery might be damaged; therefore, you are advised to look for cracks or leaks, if so, that car battery should be disposed of as it is already damaged.

You should also take care not to short the car battery using the cables and even the metallic instruments that will be used for this proceed. This might cause an ugly scenario where sparks might harm you if you are too close.

The protective gear should be worn at all times to prevent accidents such as acid spills on the skin that can be quite irritating.

The process of measuring Amps of a car battery using a multimeter is described below.

Now you know the basic knowledge of the car battery amps. I also gathered some questions people often asked when it comes to car battery amps. This additional information will help you to understand the main subject better. I suggest you read it!

Is it A Good Idea To Use A Car Battery With Higher Amps?

No, it is not. Car battery is recommended to be charged with an amp rating of 2 amps, which will enable it to get charged fully after 24 hours. Going for a 10-amp charger will also present no harm whatsoever to the car battery.

However, it is not advisable to use a car battery charger that is rated with a high amperage rating as this might lead to damage of the car battery. This will occur due to overcharging.

This is why you will need to be close enough after connecting the car battery even to a good choice of car battery charger.

How Many Amps Should I Have To Charge the Battery?

How Much Amps Should I Need To Start The Car Engine?

The amp capacity that is needed to start a car depends on the type and size of the car as well as other factors. Some models of cars have fairly large engines or are big and heavy themselves thus will require more amps to even start.

Other factors that play a role in determining the amps required to start the vehicle include the temperature. Where on a cold day, the car will need more amps to start when compared to a normal day.

The voltage too determines the amps required to start the car, another factor is the size of the engine. You will realize that cars with bigger engines will require more amps to start.

On average cars or vehicles, an ampere rating ranging between 400 and 1000 amps is required to start the car as well as powering of the electronic accessories in the car.

If you are talking of a small vehicle, then yes, 300 Amps will be enough to the start it. 300Amps is enough for starting small vehicles like compact cars, economical cars or the common city cars.

Small cars with small car engines require less amps to start and this is why 300 Amps is ideal for such small vehicles. In the case of bigger cars, you will need bigger engines and thus more amps to start them.

How Many Amps Does A Car Use?

The amps used by a car is difficult to tell and even distinguish from car to car. This is because of the different types of cars and also the devices that are on while the car is switched on.

The different devices lead to use of amps from the car battery in different level such that telling the amps used is quite challenging.

The car battery as discussed above is quite important as it ensures everything in the car operates as it should.

Its amperage powers the car engine as well as other electronic accessories in the car which include the AC system, the car headlights, door lights and even a computer fitted in the car. Therefore, it should be well maintained for it to be highly reliable.

An average car battery should have a capacity of 48 amp hours, which means that immediately after being fully charged, it should be able to deliver adequate power at a constant rate. The rate should be 1 amp for 48 hours, 2 amps for 24 hours and so on. 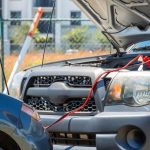 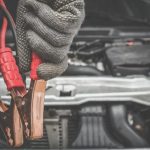