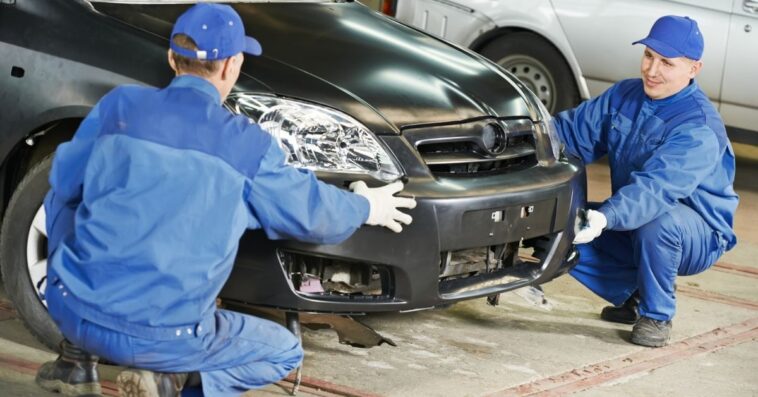 The bumper is the first part of the vehicle’s exterior that breaks or gives up if there is an unfortunate scenario. Whether you get into an accident or run over the curb, the bumper has a low chance of surviving.

So, naturally, the next thing people worry about is how much it costs to replacement and repair a bumper? A replacement can be as little as $800 and can go as high as $2000. In case of repairs, you can expect to shell out a maximum of $1000 to get the job done.

Strap in for the ride as the article will cover every possible thing that you will ever need to know regarding bumper repairs. So, without any further ado, let’s get straight into it.

Replacement Vs. Repair A Bumper

After the bumper has sustained damage, the first thing that will cross every person’s mind is whether to get a new one or just repair the existing one.

This all depends on the type of damage that happened to it. Although a bumper repair is much cheaper than getting a new one, the process will take much longer than a simple replacement.

Let’s see why and when a person should get a bumper repair. It is generally advised that a repair be done when the bumper is not too damaged.

So, whether it be scratches and minor dents, you don’t need to spend $1000 to get a new one. These issues are easily fixable. Some scratches can even be fixed up at home. I will explain more about that below.

A replacement, however, is only to be done when things get serious. For example, your vehicle smashed into another one, or if you accidentally drove on the curb, the damage will probably be irreparable.

Cracks or full separation of the bumper is something that cannot be repaired. It can be fixed, but the end result will not look pretty.

Cons Of Repairing The Bumper

Nothing comes without its flaws, especially when something is repaired. Let me clarify one thing. No matter how much money you spend, a repair will never restore the look of the bumper by 100%. There might be a tiny inconsistency somewhere.

Most people don’t notice that, but if you are like me, who goes into the tiniest of details, then you probably won’t be satisfied with the job.

Other than that, you will need to drive without the bumper for a few days, which may cause problems with the authorities. So, it is recommended to give the bumper at a time when you won’t drive for a couple of days.

Cons Of Replacing The Bumper

You would have thought that replacing a bumper is a straightforward process. Well, it is, but there are some caveats of getting the job done. The first thing is the price. It is considerably more than a repair. I mentioned that earlier too.

Another thing is that a new bumper may not match up with the rear one. This means that either the other bumper may be scratched up.

So, the look of the vehicle takes a hit. With that in mind, you may even have to pay for two bumpers, for the front and the rear, in order to preserve the look of the car.

Why Are They Expensive?

The thing is that bumper repair is expensive too. There is no denying that. But, when compared with a replacement, the cost is a fraction of what you would rather pay.

Let’s see what causes the price of both of them to rack up below:

The main thing about repairing a bumper is the labor hours. It takes hours to get the bumper in usable condition. There is no hurrying on the job as when coatings of paints are applied; they need to be untouched for some hours so they can dry properly.

Plus, the type of damage changes the tools that will be used to fix the machinery. The worse the damage, the harder will be the repair procedure. This is the reason for a repair to be expensive.

A replacement, as I have said before, should only be chosen if no one is willing to repair the damage. The only reason for this is that the bumper got damaged too much in the process. Now, the question arises, why does a new bumper cost so much?

The price of a new vehicle bumper can vary greatly. The reason is not the type of bumper to be used but the technology that is fitted inside it.

Yes, new bumpers come equipped with every single sensor which is present in the factory one. From cameras to sensors and lasers, you won’t have to pay extra for those gadgets.

Some mechanics may try to deceive you in this regard, so I recommend that you steer away from people like that. They will try to charge you extra for those sensors. This is unethical and completely wrong. In cases like these, it is better to find another workshop to trust with the job.

Many of you may be oblivious that there are various sorts of bumper repairs. Yes, that’s right. These types exist because each of them targets different sorts of damages to fix.

Let’s check out all of them below:

This is the one that is more widely used than any other repair method. The reason for this is not because it is good but because most users that come into the workshop bring along dents on the vehicle’s bumper. This repair is performed not only on the bumper but also on all other parts of the vehicle.

In this paint-less repair, the professionals use specialized heat tools and to pull out the dent. This requires no painting, and if done right, then you can expect no difference at all when compared to a brand-new bumper.

In normal repairs, or commonly called the traditional ones, mechanics use tools to take out the dent. During the process, the paint of that part is affected. That is why there is a re-paint required. The difference will be visible, but it blends in surprisingly well.

This type of repair is the one that can be performed at home. A filler repair means that you fill in the scratches, which allows them to be indistinguishable from the real deal. The filler is used to fill in the affected area. Then fine-grit sandpaper is used to file it down to the paint’s level.

Finally, paint is reapplied over the area. Again, the painting process will not be perfect, but you will be more than satisfied with the job.

The use of filler is applicable to almost any type of damage. Whether it be a groove or a deep scratch, a puncture, and in some cases, cracks, this filler repair will make the issue disappear as it never existed. It is an excellent method of restoring the look of the bumper.

Is Replacing The Bumper Worth It?

That depends on how tight of a budget you are and the type of damage that has been inflicted on the bumper. For light scratches and dents, getting a replacement is absolutely ridiculous.

The thing is that vehicle, when on the road, are designed to be exposed to wear and tear. You should not take these light scratches as a motivation to spend hundreds of dollars. The bumper will definitely still be prone to the same types of scratches.

Regardless, even if the bumper has split into two halves, in a worst-case scenario, a repair will suffice until you can afford a new one. It will not look pretty, but it will surely, get the job done.

Driving With A Broken Bumper

Driving with a broken bumper may lead the officers in blue to stopping and possibly even fining you. The reason for this is that any pointy edges or major damage pose a risk to other vehicles and people on the road. So, it is better not to drive unless it is an absolute emergency.

Yes, it absolutely does! Bumper repairs can be claimed by you. But the request will only be accepted if or when you prove that the other driver or something else was responsible for the damage. As you may know about insurance companies already, they need very little to reject your claim.

So, gather all the evidence you have so they have no choice but to accept your repair claim. Very small damages that are under $100 may not be accepted by the insurance company. Although it is wrong, this is the way it works everywhere.

In answer to your question, how much does it cost to replace and repair a bumper? I think the article has covered everything you need to know.

Although the circumstances of bumper damage are never good, there are some things that you can do to avoid such incidents. One common mistake of people is to use their smartphones while driving. 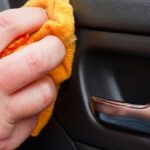 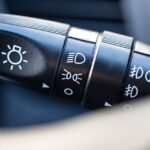