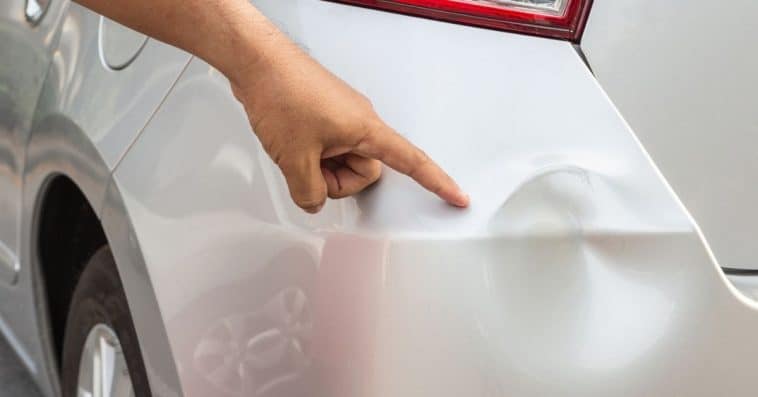 It is impossible to keep your car free of any dents throughout its life-time. Instead of experimenting on your own to fix the issue, you should approach a car dent repairing service and get the issue resolved.

Generally, the car dent repair cost may vary depending on your car model, scratch size, and location. But, mostly it costs between $50 to $300.

Imagine you park your car in the parking lot, and while opening the car door, it collides with another car and leaves a big scratch.

Terrible! It is part of having a vehicle. Sometimes the paint comes off, and other times your car hits or gets hit.

We all love a scratch-free enchanting car, yet it often seems to be a delusion to prevent your car from dents and scratches. But there is no need to panic.

You can get the issue resolved easily, and if you are looking to check the cost ranges, you are at the right place.

What Are Some Elements That Impact The Car Dent Repair Cost?

1. Depth And Intensity Of The Dent

If your car has experienced deep and sizeable damage after a huge collision, it will take more time and labor to fix the issue and repairing them. It automatically gives rise to the cost factor.

Similarly, if a car has got multiple dents, that will increase the charges as well.

The paintless dent repair or removal (PDR) method is comparatively a budget-friendly approach towards getting the dents and dings removed.

But obviously, in the paint scratches scenarios, we can’t employ this approach, which leads to a costly repairing method.

It all adds up to the type of dent your car gets; after that, you can make an estimation of expenditures. These repairing techniques are discussed in further detail in the article.

3. Location Of The Dent

It is important to consider where the car got damages. The dents adjacent to the panel’s edge are most likely to take more time in mending and eventually cost more.

It is another crucial element as your car version impacts the repair cost as well. It is because every car is different and may have its own unique properties that require an attentive eye to fix its issues.

Although the market rates are pretty common almost everywhere, sometimes the price ranges may vary in distinct geographical locations. Hence, there might be minor cost variations in your region.

What Are Some Car Dent Repairing Methods And What Do They Cost?

We will be discussing two ways you can get the car dents removed and their prices.

Paintless dent repair is a rapid and eco-friendly technique of getting your minor-sized car dents, dings, scratches, and hail damage removed.

This technique is employed when the paint surface is not impaired, and there is no need for traditional operations as re-painting, bonding, and sanding as their technicians use special tools to fix the issues.

What Does It Cost?

Paintless dent repair is an eco-friendly and inexpensive approach towards car dent repairing.

The standard market rate is between $75 and $150, but price ranges can be different depending on the size and depth of the dents.

If your car has encountered sizeable damage after a chaotic smash, the paintless repair service will be charging you from $150 to $400.

This method also deals with hail damages, and their charges can go up to $2500.

As we discussed earlier in the article that these price variations depending on the size of the dents, Dent’s severity, location, car’s model, work, and time required to complete the job.

Method 2: Dent Repairing With Paint And Its Cost

It possesses a typical construction approach; the damaged area gets a complete make-over as a high amount of labor and time goes into bonding, sanding, and then re-painting.

It is neither cost-efficient nor environmentally friendly. It takes a lot of time to fill the panels with paint that also reduces the market value of the car by resale perspective.

What Does It Cost?

This service is adapted when the paint surface is not intact after a car damage situation and is in dire need of a re-paint and re-filling.

Now the cost depends on the extremity of scuff marks and the kind of paint required to fix the Dent. Service providers offer price ranges between $165 and $250.

Sometimes your car gets severe dents that deeply harm the surface layer of paint of the car.

In that case, a deeper level of re-painting is inevitable. It will be charged from $165 to $500.
As you can see, the pricing differences are evident.

Q 1. What Can’t Be Fixed With Paintless Dent Repair?

Paintless dent repair is becoming everyone’s preferable method to go for, yet there are some damages this technique can’t control, especially when the exterior coating of paint gets vandalized.

In that case, a re-painting session would be required.

Q 2. How Long Does It Take In Car Dent Repairing?

If you are getting your car pampered by denting services, you will get the process done within 5-7 days and sometimes two weeks for traditional dent repair, depending on the size and intensity of the Dent.

On the other hand, you will be done within a day, depending on the same factors, if you decide to go for a paintless repair strategy.

Q 3. Do The Damages Spots And Dings Vanish Completely Or Still Remain Visible After Repair?

This is totally dependent on the efficiency of your dent repairing service providers.

A competitive professional won’t let you form an impression that they are returning you the same damaged car post-mending. But yes, if done with perfection, they will vanish completely.

Q 4. What Are Some Advantages Of The Paintless Dent Removal Technique?

PDR method boasts numerous benefits that may include:

Q 5. Can I Involve The Insurance To Manage The Cost?

It depends on the vehicle repairing service providers, but most of them are okay working with any insurance company.

You can check that by approaching any car repair service in your region and ask away. It depends on their pricing rates; if they are relatively low, you won’t feel the need to get the insurance involved.

I have provided you with a list of properties of both traditional and paintless car dent repairing approaches.

Paintless car dent removal (PDR) is a new technology that has revolutionized the auto industry in great volumes as a capable alternative to conventional car dent repair methods.

You can opt for any repair method depending on your vehicle’s damages, but eventually, the PDR approach is top-tier, and it stays winning due to its reliable nature. 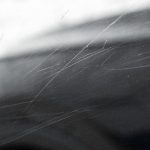 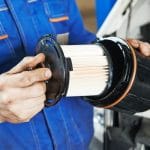