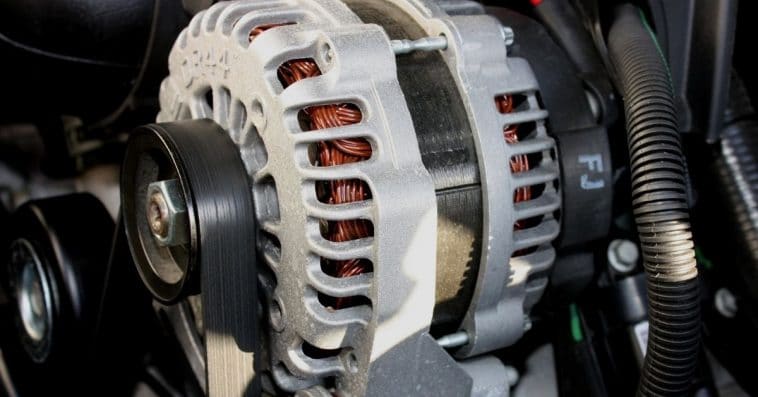 Do you ever happen to run in a situation where your car fails to start, and you are stuck between the road? Well! That’s terrifying.

You never know if it’s the battery or the alternator itself causing problems. If you are observing dim headlights, then you should check the alternator of your car.

Otherwise, it can make you stand helpless. If you feel that your alternator is malfunctioning, the best possible solution is to replace the alternator.

So, the question arises, how much does it cost to replace an alternator? As the cost varies depending on the model, make, and condition of the car.

It will cost you between $150 to about $ 400 for replacing an alternator’s components, and between $500 – $800 will be your total cost, including labor and factoring in components.

Still, it depends on many factors such as the model of the car you drive, the place from where you will buy an alternator, and lastly, on the condition of an alternator which can be a new alternator or maybe used.

Car mechanics can determine the cost by checking the amperage your car will need to charge the battery and power other components.

The cost of the alternator’s replacement may also vary on your decision whether you replace it by yourself or decides to go to the mechanic.

It is recommended to go to mechanics as they are experts and have all the essential tools to carry out the process.

What Is An Alternator?

The alternator converts the mechanical energy of a car’s engine into electrical energy to charge your battery and power other car’s electrical components.

This energy provided by the alternator, in turn, runs the car.

The alternator is named so as it produces an alternating current (AC). AC power or current is the one that reverses its direction periodically unless unidirectional DC.

AC produces more voltages than DC power and is thus more efficient in engines of automobiles.

4 Symptoms That Your Alternator Needs To Be Replaced

The car will indicate in different ways depending on the key factors which cause the problems.

If your car is causing a problem in getting started or suspecting that your cars’ alternator is not in good condition, you should consider changing the alternator.

If you observe any symptoms from the followings, head toward your car mechanic to change the alternator.

1. Noises From The Engine

An alternator’s spinning parts might be restricted, which causes the engine to squeal or make some weird noises.

Try to notice that from which part the noise is coming. Deeply examine and remember the sounds you hear to tell your mechanic about what is wrong with your car.

The instructions about the noise coming from the engine will give a mechanic direction to work quickly.

2. The Vehicle Not Starting

Starting a vehicle is not the task of an alternator; the battery does this. What the alternator does is that charges the battery as the car is running.

If the battery is dead, it means there might be a problem with the alternator, and the vehicle will not start.

You can not assume by yourself whether the battery has some faults or the alternator itself until you check it.

Due to an insufficient power supply, you might notice that your vehicle’s headlights are dimmer than usual because of an uncharged battery.

You may also notice some warning dashboard signals that include the battery light, ALT, or ‘check engine lights on your vehicle’s dashboard.

When the electricity is not properly delivered to the Engine Control Unit (ECU), the brain of the engine is unable to think properly, and the incorrect signals are sent to the cars’ body (the same is the case with humans when we are hungry, all we could think about is snacks).

The electrical power provided by the alternator is responsible for the vehicle’s electrical system’s proper functioning.

The accessories like power mirrors and windows, headlights, radio or entertainment, air conditioner, etc., are powered by the alternator.

If you notice the failure or malfunctioning of any of these electrical components, the alternator might be the reason.

How To Replace An Alternator

Test An Alternator Before Replacing It

Testing an alternators’ power is important before taking it off and replacing it with the new one.

Following are various steps you can take to check the power (output) of an alternator.

But suppose the multimeter is giving a reading greater than 14.2V ( typically higher than 15V).

In that case, there might be some defects in the alternator, and you should replace it before it causes any problem.

Similarly, if the reading is below 13.8V, this is mainly because the alternator can not provide sufficient power to the battery, so it needs a replacement.

A typical battery carries a charge of 12V, so you should not charge the battery intensively over 12V as it can cause serious problems.

Here are various queries about the replacement of an alternator which many people ask.

Q 1. How Long Does It Take To Replace An Alternator?

When your vehicles are causing electrical troubles, then you need to look into two of the main causes that might be the issue.

The first one is your battery, and the second is the alternator of the vehicle.

Open the hood and check the battery. If the battery is working properly, then the vehicle’s alternator is surely making trouble that you are facing.

As the problem is spotted, you should replace the alternator of your vehicle. If a mechanic replaces the alternator, it may take about 2-3 hours or so.

But it can take a lot more time if you decide to change it yourself.

Q 2. How Do I Know That The Alternator Is Not Working Properly?

You can check if your alternator is malfunctioned by observing the following signs.

Q 3. What Is The Average Lifespan Of An Alternator?

Drivers think that the power with which their car is running comes from the battery.

But this is not true. The alternator of a vehicle is the one that provides power to all the electronic components of a vehicle.

Alternators can last longer than batteries. An alternator’s average lifespan is about 5-8 years, depending on how often and what model you drive.

The lifespan also depends on the factor of how many miles you have driven. An alternator can drive about 60,000 – 150,000 miles.

The alternator is an important element of your vehicle, and you should have complete knowledge about it.

Because of this, you will not start your vehicle, or it may cause your vehicle to switch off anytime, leaving you stranded on the road.

You may get into serious trouble or have an accident during a drive if the alternator does not function properly. So, it will be best for you to have an alternator inspected and replaced (if needed). 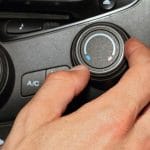 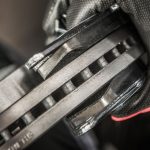