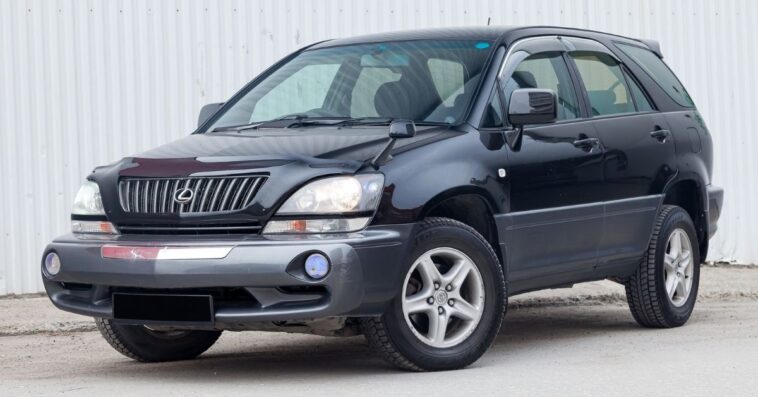 The Lexus RX300 is the 1st generation luxury crossover in the United States. After many years, this car remains one of the best luxury SUVs for people.

Despite being such a world-class luxury car, it does have some issues with its trans. So here, in this write-up, we are going to discuss the Lexus RX300 transmission problems.

Lexus has some common issues with its transmission, which are mentioned as follows:

Transmission systems are the most complicated parts of vehicles. And trust me, these are very stressful, inconvenient, and way expensive to fix.

So, you have to be very cautious about how your car responds and functions, especially when you own an RX300. Apart from the transmission problems, there are reports of other damages as well.

Now, do not go on its interior; I know the interior of the RX300 is pretty good. Even after making the interior with durable materials, there are numerous reports of dashboards cracking up.

The fuel line or injector of your RX300 might begin to rust, which can cause fuel leaks in the near future.

In addition, there have been reports of broken key shells, issues with opening/closing the power tailgate.

Not just these, people have reported excess headlight condensation, which causes headlight failure.

Issues With The RX300 Torque Converter

Technically, the torque converter is a fluid-based clutch between the engine and the transmission.

It has many vital functions, such as transferring the motion generated by the engine to the transmission.

The torque converter controls the oil pump in the gearbox, increases the torque amount from the driveshaft to the transmission, when moving and operates like a flywheel.

What if the torque converter in the RX300 is faulty?

But now, when your torque converter is not working correctly, you will notice that your Lexus cannot maintain the gear; it is slipping.

When you have a lousy torque converter, your RX300 will begin to shake even when the car is running at a low speed.

You should get it to fix immediately.

Slipping transmission is a serious and significant issue found in the Lexus models, you know the transmission is failing when you push the throttle, but the car’s speed is not increasing at all.

The engine is revving up, but your car is not moving faster. This happens when your RX300’s components do not engage properly.

So here are some outlines that you can use to diagnose if your Lexus is having an issue with the transmission:

Pay Attention To The Gauges – Tachometer And Speedometer

You need to pay attention to these two, let me tell you why!

Put your car in drive mode and drive. Technically, when you push the gas pedal or acceleration pedal, your tachometer or RPM and speedometer should increase.

As the engine speed increases, the horse speed should increase, and the car will move faster now.

So when you push the gas pedal, your tachometer will go up, but your speedometer will not follow up that quickly. So your engine is just going to rev up, but the speed would barely increase.

To be sure of it, drive to a road with a lot of space and just push the gas pedal in. Your tachometer would just fly up, but your speedometer will barely move.

I recommend having someone with you and asking them to pay attention to the gauges while you drive the car. It is a simple test to know if your transmission is slipping.

Now here, let me tell you about the four basic auto-trans shifting problems. This can help you find out if there is an issue with your automatic transmission problems.

So if you are driving a Lexus RX300, you should know that it has an automatic transmission, and if the car is old and is in fairly decent condition, you can have a rough shifting when you change gears.

Now, when you shift, you will experience a sudden shock; generally, it is because of low transmission fluid. But, as you know, anything can happen to any car, right?

If that’s the case, the actual fluids need to be changed. If you experience these sudden shocks while shifting, also known as rough shifts, you have to check the transmission fluids.

Check the condition, see if it is old, see if it is low and if you do not what to do, ask a mechanic to help you out and see if that’s the issue.

However, most of the time, users experience this rough shifting because of low transmission fluid.

Problem 2: RX300 Will Not Shift Into Drive Or Reverse

The second problem with automatic transmission shifting is, your car will not shift into drive or reverse. So you actually cannot shift your car physically.

And once again, one of the main reasons for this is the transmission liquid. However, there are many reasons and many things that can pose this specific problem with the transmission.

There may be many other underlying causes, but I suggest you check on the transmission fluid first. There is also likely going to be a key slot right beside the shifter.

If yes, take your car key, put it into the key slot and try to shift it into drive or reverse, and see if that helps.

If you do not see any such results, you have to dig deeper than that.

But you might want to note as many symptoms as you can before figuring out the potential solution and spending your money on it.

The more symptoms you have, the better the chances of getting a potential solution.

Problem 3: RX300 Will Not Start Or Respond

Now moving on to the third problem, which is your RX300 is not responding or starting? Then you might think that it is probably because of the battery, alternator.

You might think that it is your starter, your key, or whatever the case is. This occurs because of a faulty clutch there; chances are you will have to see a mechanic and replace it.

Or, you actually might have left your car in gear.

Yes, you might have left your automatic transmission in reverse, drive, low, sport, or 1, or 2, whatever your gear sector has.

Basically, there is something called a Neutral Safety Switch in your Lexus RX300.

Your neutral safety switch basically allows your engine to start when it is parked in neutral.

This means if you have left your car in whatever reverse or drive, anything other than the Neutral Safety Switch, then your engine will not start.

So if your RX300 does not start, take a quick look at the shifter, you shut your car off and went off to work, and you got your e-brake on so that your car does not roll away.

So now, when you come back and if your Lexus does not start, you think your battery died. Meanwhile, you left your car in the drive.

This happens very often, and see if that’s the case.

If you do not know what a late engagement feels like, here is how you will feel.

If you put the car in drive, you push the gas pedal, and your car does not move instantly, and all of a sudden, it moves, literally, after a second or two. This is called the late or delayed engagement.

In other words, it is the late engagement of your drive or your reverse, or whatever case it is, or whatever gear you are putting it in.

There are so many components; when some of them are worn out, things can go rough with your transmission. And the late engagement is one of the potential problems that can arise.

Minor Issues With The RX300 Transmission

Here are some of the minor and common transmission issues that you can see in a Lexus RX300.

Out of all, most issues are related to the RX300’s transmission liquid. To keep your Lexus safe from these, you need to check the transmission oil regularly.

Lexus’s transmission is a vital system and plays a crucial role in your car’s smooth functioning.

Another word is if you own such a car, you need to check the power steering fluid level regularly because there are numerous downside reviews to this.

Also, the power steering line behind the engine can leak as well and sometimes burst.

Also, do consider cleaning your RX300’s transmission system following the manufacturer’s recommendation. All you have to do is flush out the old fluid and clean the tracks.

You can do this after every 60,000 miles. If you manage to stay in maintenance like this, this will improve your Lexus’s overall performance.

What Is The Average Cost Of Fixing RX300 Transmission?

If you wish to fix your RX300 transmission and wondering about the cost, you would like to know that they have different rates depending on the problem.

When Should I Get My RX300 Transmission Diagnosed?

Generally, the AWD or FWD transmission in the RX300 can serve you exceptionally well for about 180 miles.

However, if there are notable problems like the slipping of the gears, excessive fuel consumption, or any other problems discussed in this article, you might want to replace it or get it fixed.

How Do I Maintain My AWD Or FWD Auto-Trans System Of My RX300?

Maintenance often increases the lifespan of your transmission system.

To maintain your auto-trans system, you should do these:

Now, as you read through the lines of this article, I hope you know about all the basic and major problems that you can face if you own an RX300.

In this article, I have outlined the transmission problems of RX300. Clearly, these problems are very common, and people having an RX300 tend to face these problems.

If you didn’t face these yet, chances are you are likely to face this any time soon. I have also explained the diagnostics, maintenance, structure of an automatic transmission system.

And if you find anything suspicious with the transmission, let your mechanic handle it. These systems are very complicated and need professional hands. 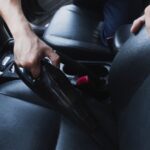 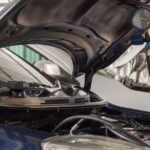