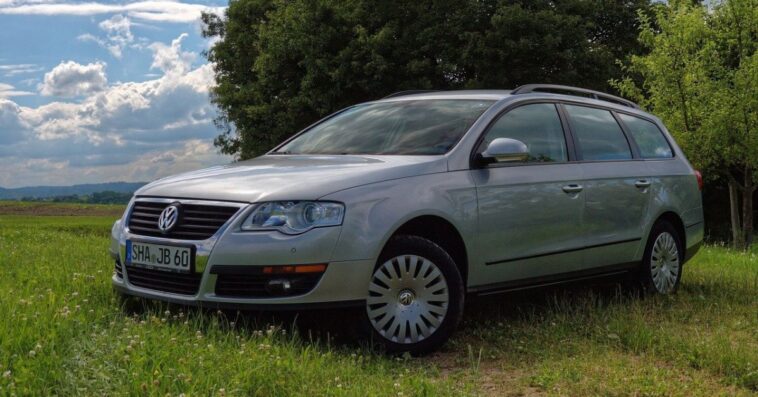 Despite being an engine with full strength, the Volkswagen 2.5 engine comes with loads of issues.

The four most common Volkswagen 2.5 engine problems include:

The Volkswagen 2.5 often appears to be strange in its evolution. After its debut in 1995, it was also discontinued the same year. Amazingly, it came back ten years later and lasted for more than nine years.

The above common problems can be critical and devastating to the health and life of your engine if not solved quickly. Despite these problems, the engine is still reliable and strong.

However, all engines develop faults, just like Volkswagen 2.5 engines.

What Are The Most Common Volkswagen 2.5 Engine Issues?

Also called the canister purge valve, the N80 Valve makes up part of the Evaporation Emission Control System (EVAP). This part helps to regulate the amount of fuel coming into the intake valve manifold to burn.

When the fuel tank generates fuel vapor, rather than allowing it to escape into the atmosphere, the EVAP system helps to hold the vapor inside the charcoal canister. It doesn’t just keep vapor; the system gradually releases the vapor into the engine which the engine burns.

However, the control of the flow of the fuel is a function of the health of the canister purge valve. The solenoid, as the name suggests, basically purges the EVAP system.

The downside of this problem is that it can be very difficult to diagnose. When the valve begins to develop a problem, the On-Board Diagnostic II (OBDII) scanner will not be able to detect the issue as well.

As a result of this, the problem begins to compound, especially for people who are not familiar with it. The Volkswagen 2.5, however, has more than an N80 Valve which makes it more difficult to know when it will become bad.

Let me discuss briefly some symptoms to watch out for when your N80 Valve begins to fail.

I know you will be worried about the cost of fixing a faulty N80 Valve. However, you don’t have to spend much on its replacement.

Fortunately, it is very cheap to replace. With about $200, you can get N80 Valve replaced if you have DIY experience. You may budget about $300 if you drive down to a mechanic shop.

Ignition coils are responsible for converting the battery’s voltage to a higher value. Once the conversion takes place, it is then transferred through the spark plugs.

These two components, combined, play an important part in the combustion process going on in the engine. Ignition can begin to fail due to some reasons such as moisture in the engine, leaking valve covers, or bad ignition cables.

When there is moisture in the cable, it reduces the engine’s excellent performance. The cables help to transfer the converted voltage. These cables must, however, be at their best to prevent the loss of excess heat.

Having understood what ignition coils are and how they work, let’s briefly discuss what to watch out for if they begin to fail.

I recommend replacing a faulty ignition coil once you notice any of the above symptoms. A replacement is easier if you have an idea of the ignition coil replacement. It is, however, best to replace it once you cover 40,000 to 50,000 miles.

As often referred to by some people as a drive belt or accessory belt, it doesn’t usually occur as one of the VW 2.5 engine problems. However, the tensioners are responsible for its failure.

Serpentine belts are responsible for lowering your Volkswagen 2.5 accessories. It helps to power the A/C compressor, water pump, and other vital components. It must ensure the belt does not derail and keep it tight.

Tensioners often fail due to two primary reasons. First is, getting a poor tensioner from the factor which the chances are very low.

Secondly, it may fail as a result of wear and tear. Usually, one of the best ways to get the best out of your car is by changing your serpentine belt when your engine has covered about 80,000 to 100,000 miles.

With proper maintenance, you may need to change the serpentine belt twice or more throughout the lifespan of your vehicle.

Before blowing things out of proportion, let’s see some symptoms associated with a failing serpentine belt in the Volkswagen 2.5 engine.

Overall, it is simple to fix the above problems I have highlighted. A faulty serpentine will impede the overall performance of your engine.

It is, however, important to change or replace the serpentine belt as quickly as possible. Fortunately, you may not need to spend much to fix this problem.

This VW 2.5 engine problem happens when the rubber gasket fails to seal properly as it should. It is, however, a common problem associated with the engine.

However, as the temperature of the engine rise, it is, however, normal for the gasket to deteriorate as quickly as possible after covering certain miles.

The inability of the engine to retain vacuum pressure is traceable to vacuum failure. Once it begins to leak, it affects the general function of the engine.

A vacuum pump provides an additional vacuum that helps boost the car’s braking system. Once wear and tear begins to set in, the rubber gasket will start leaking oil.

Summarily, some symptoms indicate you have a vacuum pressure problem. Let’s take a look at them.

The replacement or repair of the vacuum pump in auto or manual transmission can be tedious.

However, either of the options may cost you about a thousand dollars in a mechanic shop. If you are a DIY expert, you may spend less.

Yes, you can repair the canister purge solenoid. Guess what? It is a relatively cost-effective repair.

After diagnosing and establishing that the faulty canister purge valve is the reason for the signs you notice, the next thing to do is to clean the valve.

A DIY procedure for getting rid of the dust, rust and dirt doesn’t take much time; it doesn’t require special skill or tools as well.

If you’ll be cleaning the valve, you should also ensure you blow compressed air into the main entry point of the carbon canister. Don’t forget to also flush out the dirt in the diameter breather hose.

Fixing the canister purge valve may cost something in the region of $100 and $200. You’ll have to start by diagnosing what the issues actually cause the signs you’re seeing.

This is because an illuminating check engine light can result from a wide range of engine faults. This also applies to high gas consumption.

2. How Long Can The Volkswagen 2.5 Engine Last?

With proper maintenance, your Volkswagen 2.5 engine will last up to 200,000 miles or more.

However, as the car ages, the engine will continue to deteriorate but will timely maintenance, and you will enjoy it for a longer period.

You may want to ask, how can I make my Volkswagen 2.5 Engine last this long and above?

The best way to get the best out of your Volkswagen 2.5 engine is to provide timely maintenance immediately if you notice any strange symptoms from the engine.

3. What Are The Specifications Of The Volkswagen 2.5 Engine?

Having a stopover en route to a place to fix certain problems in your engine isn’t only terrifying but also time-wasting.

However, my simple advice to avoid further VW 2.5 Engine Problems is to provide adequate maintenance.

On the other hand, replacing the above fault-prone parts should be best carried out using OEM parts. They are reliable and effective compared to after-market parts.

Except if you are sure of the originality of aftermarket parts, you should not use them if you doubt their quality as they can shut down your engine and reduce their lifespan. Ignoring these symptoms and not providing a timely solution can damage the engine indefinitely. 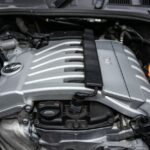