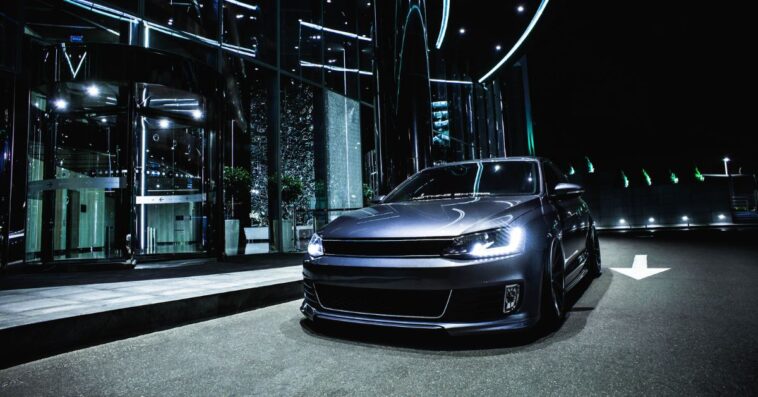 Being one of the best engines as of 1993 when it was first introduced, the Volkswagen 1.8t engine has offered users everything they crave in an engine. Despite its reliability, users have recounted what certain problems they face while using this car.

Some of the most common problems associated with this vw 1.8t engine are:

These problems are not, however, an indication that the VW 1.8t engine is bad. Each car engine has its common fault.

What Are The Most Common Volkswagen 1.8 Turbo Engine Issues?

Timing belts in these engines are used to keep tension on the timing belt. The timing belt is a rubber-made material that runs over and through a series of pulleys and gears.

The continuous stretching of the belt can cause it to lose, therefore, the tensioner is responsible for making adjustments to the belt required to keep it tight.

Volkswagen 1.8 Turbo’s timing belt connects other components, including a cam, cylinder head, and crankcase. Due to the rubber nature of the belt, the timing belt can fail. Although the chances of this happening are very slim, it can, however, be very costly if damaged.

It is best to change the timing belt once you cover about 75,000 miles and with this, you may only need to change it once or twice if you provide proper maintenance.

If your Volkswagen 1.8 Turbo timing belt failure is not due to a design flaw, -and we’ve established that it’s not- then the following issues can trigger the component to fail.

Let me briefly discuss the symptoms you will observe before concluding that your Volkswagen 1.8 Turbo’s timing belt is failing

1. Ticking Noise From The Engine

As I have explained earlier, the timing belt connects a series of pulleys to different components.

Since it is a rubber-made material, it is prone to wear and tear. Once it starts to wear out, you notice a tickling sound from within. However, tickling sound at times may mean low oil pressure.

A faulty or broken belt in Volkswagen 1.8 engine will not allow the engine to properly ignite or over.

This effect is most observed when you turn your car key. It produces a starting sound but would not ignite. These symptoms at times impede the car to function at all unless you fix the problem.

Oil droplets around the engine often point to a broken or failing timing belt. The timing belt cover is secured using many bolts and nuts.

Over time, they tend to lose as the engine works from time to time. There are also chances that the gasket will become cracked or wear out since it is located between the engine block and timing cover.

Other symptoms of a failing timing belt include exhaust problems, RPM malfunction, rough idle, and others.

Solving this problem does not cost much but I usually recommend for users who have covered about 75,000 miles to change their timing belt if faulty, along with the water pump. Replacing the timing belt is an easy task if you have DIY experience.

Another common VW 1.8 turbo problem is the oil slide build-up. This problem mostly happens as a result of oxidation. At times, you can have sludge build-up if the oil in the engine is contaminated.

This is when the oil turns thicker, sticking to engine parts. When this happens, the oil’s thickness blocking the engine parts will prevent or block the flow of oil through the engine.

Oil sludge buildup is so rampant in this engine due to its undersized oil supply. This problem requires users to be very careful when it comes to choosing the oil for their engine.

It may turn into a frequent problem if low-quality oil is used. Improper maintenance can also get you used to solve this problem all the time. It can, however, cause serious damage and cause the engine to deteriorate quickly.

For instance, if your Volkswagen 1.8l turbocharged engine falls between the older generation (1999 through 2004), you can’t but face the sludge build-up issue. Newer models have seen a lot of tuning which make them less prone to the problem.

Sludge build-up, as we’ve seen is fundamentally reinforced by the failure of some components of the Volkswagen 1.8 Turbo engine.

Here are some of the reasons the Turbo engine can accumulate sludge.

Now that we understand how dangerous oil sludge build-up can be to your VW 1.8 engine, let’s take a look at the symptoms to watch out for.

The low-pressure light on your dashboard will turn on once it detects oil sludge build-up in your engine. The sludge prevents the oil from circulating downward, resulting in the engine light coming on.

2. Clicking Sound From The Tappet Area

Shortage or improper oil flow will cause the car components to work forcefully. When this happens, it results in production clicking sounds.

3. Oil Draining Is Slower Than Usual

Sludge prevents oil from moving to the necessary parts in the engine. As it slowly drops downward, it takes time before the oil gets drained.

My Advice: Preventing sludge is possible especially if you apply the proper oil recommended for the engine. The 0W-30 and 0W-40 oil are infamous for sludge-forming properties. Upgrade your oil to better types.

While some people adopt the use of oil additive or hand-cleaning, this solution may not last as long as expected. A professional cleaning may cost about $500-$100.

The water pump impeller in VW 1.8t engines is made of plastic and has less strength to withstand heat coming from the engine. Due to this, the water pump is prone to developing problems.

The water pump is responsible for carrying the coolant from the radiator into the engine. This helps the engine function at the best temperature. The absence or failure of the water pump will cause the engine to heat excessively.

This problem will continue for a longer period unless you replace the water pump. Water pump failure is a result of two things.

Firstly, the plastic impeller may not hold abuse from the engine and can cause it to break. Secondly, the water pump may develop problems due to usual wear and tear.

Additionally, the water pump may age but this problem may not likely happen unless the engine has covered certain mileage.

Usually, the lifespan of the VW 1.8 turbo engine is between 100,000-200,000 miles. The engine can serve you much more than that depending on how faithful you’re to the maintenance rules and routine.

Thankfully, you may have to replace this component once, throughout the lifespan of the engine. However, water pump failure is still a common VW 1.8t engine problem.

Water pump failure is a common phenomenon among machines and car engines. It takes a curious driver to understand what’s responsible for. Sometimes, the issue goes beyond the manufacturer of the Volkswagen 1.8 turbo engine.

Here are some of the things to look at as reasons why your 1.8L turbo isn’t functioning properly.

Let’s not just blow things out of proportion by concluding you have a faulty water pump without noticing the following symptoms.

Excessive heat from the engine is the first sign of a faulty or failing water pump. The water pump is responsible for supplying water and coolant to every necessary part of the engine. Once the water fails to get to the right channel, the engine becomes heated.

Coolant leaks are fluids required to keep the engine running. It helps the engine to operate efficiently at a normal temperature. When coolant begins to leak, it may indicate a failing water pump.

3. Unusual Noise From The Engine

If you notice unusual noise from the engine, it may be a result of both water shortage in the engine or coolant not getting to the right channel. This will cause the engine to make an unusual noise.

Fortunately, you may only need to replace the water pump once in a lifetime. I, however, recommend you replace both the water pump and timing belt together.

For DIY’ers, this is a simple task and can take a few hours. If you choose to hire the service of a mechanic, you will have to spend about $500-$800.

1. What Is The Horsepower Of The Volkswagen 1.8 Turbo Engine?

Guess what? The Volkswagen 1.8 turbocharged engine can last the 200,000-mile mark. You can enjoy the engine more than this mileage if you keep to the maintenance schedules and use the recommended oil.

Despite being around for more than three decades, the 1.8t engine outsmarts many of the Volkswagen engines out there, including the all-powerful Volkswagen 1.4 model.

In terms of reliability, the engine is not defined by the small regular issues you may encounter while using it.

This does not, however, mean it won’t develop certain faults at a point in time just as you will find in other car engines. It is worth saying that the engine has gone through a series of modifications and tuning.

3. What Are The Specifications Of The Volkswagen 1.8 Turbo Engines?

Usually, the engine will deteriorate due to age or improper maintenance. Solving the VW 1.8 turbo problem I have mentioned above may affect the general performance of your engine.

However, it is best to replace the parts prone to developing common problems with OEM parts because of their reliability and effectiveness.

Using after-market parts to replace any of the VW 1.8 turbo engine parts may shorten its lifespan indefinitely, except if you are familiar with its reliability and effectiveness.

Why? It was a frustrating moment for me while traveling along Missouri. And guess what? I would not wish anyone to share this experience with me.

This article has revealed the most common problems associated with this 1993-model engine. I’ve also explained in detail the symptoms you will notice before these problems occur and what to do to resolve them. 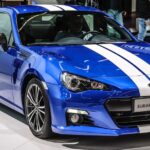 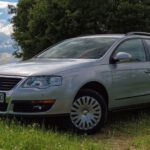