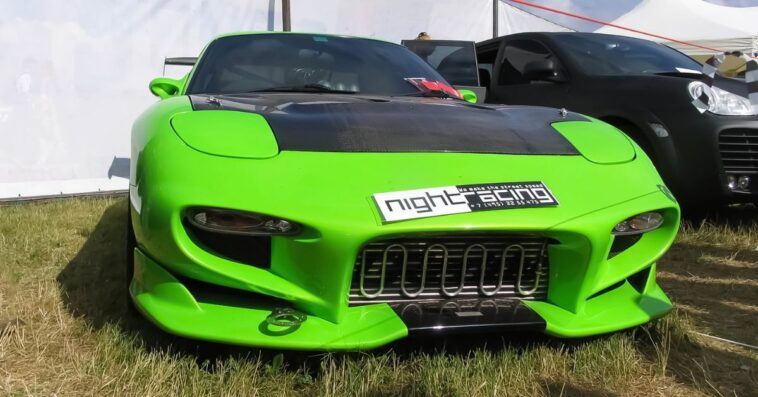 Popularly known as the Wankel engine, the Mazda Rotary 13B engine is such a reliable one if properly maintained. Launched initially in 1973, you will hardly find an engine of this type around, having spent more than four decades in existence.

However, despite its wide adoption, users have complained about a few things relating to the functionality of the engine.

Here are the most common Mazda Rotary 13B REW engine problems:

Before I start discussing these problems, it is pertinent that I remind you that the Mazda Rotary 13B engine is one of the engines you can rely on with regular maintenance. However, all engines, at one point during their lifetime, develop faults due to age or other factors.

I will, however, be explaining the common problems of these engines, the signs, and symptoms to watch out for, including how to fix these problems in this article.

What Are The Most Common Mazda Rotary Engine Issues?

The Mazda Rotary 13B’s converter sits between the engine and the exhaust muffler. The engine runs on two catalytic converters and the first one is found within the downpipe, while the other second “main” unit is found after the first one.

Generally, engines produce emissions, especially aged ones. Thanks to the 13B rew catalytic converter that ensures it reduces these emissions for environmental safety.

Due to this effect, the exhaust airflow will not be prevented, causing the air to return into the engine, as well as increasing the engine temperature exhaust gas temps (EGT’s). Once this happens, it makes the catalytic converter become worse and will cause the engine to produce higher emissions.

The foremost sign you will notice about clogged main is a high level of EGT’s. While it can make the engine’s internal temperature rise, it can also shut the engine down indefinitely. Some users try to prevent these issues by installing a catless downpipe.

We’ll find out in the next sub-topic below:

What Causes Catalytic Converter To Fail

I wouldn’t want you to just blow things out of proportion by thinking you have a faulty catalytic converter without noticing the following signs below:

Overall, solving the problem I have discussed is simple and may require you to spend less. As opposed to what many people believe, fixing you may fix a clogged catalytic converter using DIY experience without buying a new one.

In addition, the manifold also holds the coolant and distributes it evenly to the sections that it, using the valves through the engine.

Cracked manifold is a common Mazda rotary engine problem that happens as a result of heat cycles just as you will find in other traditional engines. Heat cycles refer to heating and cooling the parts of the engine which takes place when you ignite the engine and turn it off to cool.

Metals can expand under heat and contract when cool and since the 13B rew engine is made of metal, it can easily expand.

The metal can crack due to timely contraction and expansion with connection to engine vibrations. Cracks, however, can vary in size depending on the level of exposure to heat.

Small cracks in the manifold may not impede the engine’s performance but with time, the cracks continue to expand while causing the engine to deteriorate. The formation of larger cracks will cause air to escape from the cracks, leading to pressure reduction in the engine.

The reduction of pressure causes turbochargers less effective, forcing them to work for the production of the exact power amount.

Since we now understand what cracks in the manifold are, let’s briefly discuss some symptoms to watch out for.

Small cracks in manifold won’t get the required attention until it becomes bigger, which allow a reasonable amount of air to escape. At this point, it is best to replace the manifold. The replacement may cost a thousand dollars. It could cost less if you have DIY experience.

When you check the rotary engine pros and cons, you will find out that one of the concerns from users is excessive oil consumption.

Generally, rotary engines are designed with injections for the lubrication of the seals and due to this, their designs consume oil excessively.

Oil in engines serves a major purpose – lubricating parts of the engine for its effectiveness and smooth running. When your engine consumes too much oil, you’ll need to top the oil from time to time.

However, certain reasons may be responsible for the excessive consumption of oil in the Mazda Rotary 13B REW engines.

Some of the causes may include worn-out seals. If you have worn-out or damaged crankshaft seals, it may lead to high oil consumption.

This problem, however, needs quick attention to prevent further Mazda rotary engine problems. Once you begin to have a leaking valve gasket or a failing crankshaft, there will be a drop in your oil level.

By design, two things are generally responsible for the excessive oil consumption and loss in the Mazda Rotary 13B REW engine and other turbo engines. They are the design of the Mazda rew engine and the conditions under which the engine operates.

Here are the specific causes of surplus oil consumption:

Now that we have an insight into fuel consumption in Mazda 13B engine, let’s take a look at the symptoms to watch out for.

Fixing this problem can be costly or less expensive, depending on the cause of the leak. You may, however, attempt to change the oil brand as low-quality oil tends to drain quickly. If it’s a mechanical fault, you may need the service of your mechanic to fix it.

1. Is The Mazda Rotary 13B A Reliable Engine?

Absolutely! The Mazda B13 engine is a reliable engine given its strong and durable components. However, it requires thorough maintenance and you may not get the efficiency you desire if you don’t take care of the car.

2. How Many Miles Can A Rotary Engine Cover?

On average, rotary engines can go up to 100,000 miles on average. If you’re lucky and with proper maintenance, your rotary engine can last up to the 200,000-mile mark.

3. What Are The Specifications Of The Mazda Rotary 13B REW?

Catalytic converter and manifold are some of the most common Mazda rotary engine problems.

You may, however, only choose to use them if you are sure of their effectiveness. Replacing 13B’s components is always the best choice to make as they help extend the lifespan of engines without developing problems. 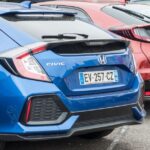 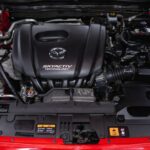