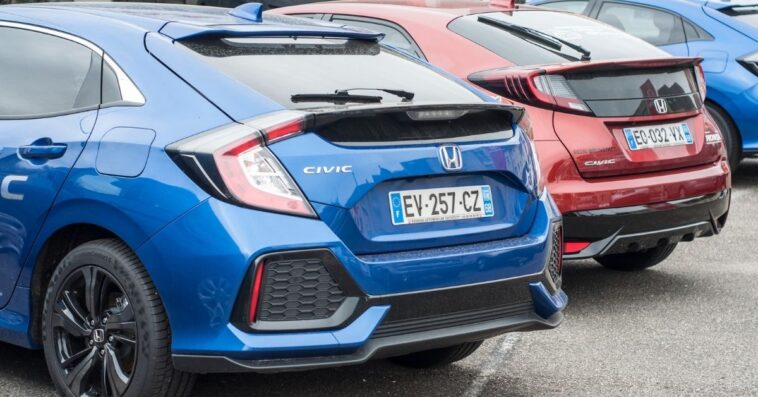 Additionally, Honda enthusiasts have also generally reported these cases. What it implies is that they are issues not essentially related to a flaw in design but old age and largely lack proper maintenance.

Here’s the highlight of the problems:

Ever since its introduction into the car market over a decade ago, the 2010 Honda Civic has been incredible overall.

With that being said, I will be explaining in detail the most common problems associated with that vehicle as you read this article in detail.

What Are The Most Common 2010 Honda Civic Issues?

Top of my list of the most common 2010 Honda Civic problems is the transmission issue. Transmission problems are not fundamentally design-related.

Let me burst our bubble: whether in the Honda Civic engine or any other auto engine, transmission issues are largely due to improper maintenance.

As a matter of fact, the 2010 Honda Civic engine can spend more than a decade without developing faults. Whether it is a result of improper maintenance, old age, or production problems, transmission issues have been one of the most common problems associated with this engine for a longer time.

This problem can be a very daunting one to face and at the same time, it can be very expensive to fix. When there’s a transmission issue with this engine, there are certain symptoms the engine will put up.

The transmission consists of various interconnected parts which move continually, rubbing and heating. In addition, it comes with a wide range of functions, including communicating with both internal and external parts of the engine.

As I’ve noted, the transmission issue with the 2010 Honda Civic doesn’t essentially originate from a flaw in the design.

Generally, there are three important triggers of transmission issues in a car engine:

All these leak issues can cause a low level of fluid as well as overheating and burnt fluid. Fixing a leaking pan gasket or transmission cooling line may come on the cheap. But you’ll have to spare a few bucks of dollars to replace the converter seal or output shaft seal.

However, once the torque converter is damaged as a result of worn needle bearings, the transmission will start to give off strange noises while you’re driving. Specifically, the car will grind or brush sounds when it is in driving gear.

Another visible reason you may experience transmission issues in your car is a clogged filter. If the filter is clogged, chances are that the transmission fluid becomes dirty.

The consequence is transmission failure and sluggish shifting. The best remedy is to replace the clogged filter with a new one.

That low transmission fluid causes problematic transmission is a no-brainer. Once the fluid leaks away or gets contaminated, it causes the smooth gear shifting to become nearly impossible and transmission extremely difficult to attain.

Replacing contaminated fluid or topping fluid levels is expedient. You should repair the leak before pouring fresh fluid.

Now that you are familiar with what transmission problems are all about, I will talk about certain symptoms you should look out for before your engine breaks down due to transmission.

Replacing the transmission is, however, an expensive task and may cost between $1,800 to $3,500, including costs of purchasing parts and labor.

My simple advice is to always watch out for the above symptoms to avoid a sudden breakdown of your engine.

Vibration during the engine’s operation can be a normal process, and however, the vibration must be at an optimal level. The rotation of certain engine components such as crankshafts and other important parts of the engine can produce slight vibration.

This specific problem: engine vibrations and rattling are both major issues and are mostly noticed as the engine begins to age. Rattling and vibrations in engines are caused by engine mounts as wear and tear set in.

Engine vibrations can be a result of a worn-out or damaged spark plug. It can sometimes shake uncontrollably. When your Honda Civic engine spark plugs go bad, it will cause the engine to vibrate as there can be misfiring of the cylinder even while on speed or at rest.

When vibrations go beyond excess, it will lead to the production of rattling sounds and the engine can degenerate if no attention is paid.

If your vehicle is running on worn out or dirty spark plugs, one of the earliest symptoms is engine vibration. The engine will start to misfire. It may also not properly fire on each cylinder. You can either fix compression-related issues or replace the spark plugs, or both.

Faulty belt or belt-driven accessories in your car can cause the engine to vibrate and nastily shake when moving or idling.

Specifically, once the fan and other belt-drive parts cannot rotate due to a faulty timing belt, the vehicle will give inconsistent speeds and so ends in vibrations and strange sounds.

Make it a point of duty to regularly inspect all the belts in your vehicle. Check them for ribbing and cracks. Also, check if they’re losing their thickness.

If you notice that your engine violently vibrates or the vehicle shakes uncontrollably when idling or slowing down at a red light, one of the culprits is broken engine mounts.

When your car’s transmission mounts are damaged, the vehicle will shake and stop or reduce after a few minutes. To test this, shift the gear to neutral and observe if there’s a reduction in vibration or shaking.

Loose hoses can cause the engine to vibrate excessively. You’ll need to have the car checked by a professional mechanic to see if the vacuum hose or air hose is disconnected or loose from their end.

If it’s discovered that the hoses are loose, you should tighten them; otherwise, then it’s time to replace them.

Engines vibrations are inevitable as wear and tear sets in. Having understood what vibrations are, let us take a look at the symptoms to watch out for before concluding your engine vibrates.

Failed spark plugs and ignition coils in Honda Civic engines do not happen instantly but start to wear down over time. When the plugs fail, this will result in the engine vibrating continuously, stutter, and stumble when the engine is in operation.

Fortunately, these two components do not easily break down and when they do, you won’t be spending too much money to fix or repair them. Replacing these parts can help to solve vibrations, especially if you have not replaced them in a long time.

Engine Mounts in 2010 Honda Civic bears the entire weight of the engine and due to this, it is not bad they start wearing out after some time.

Mounts in engines are rubber materials that absorb impacts and vibrations. Wear and tear begin to set in with time and replacement may require you to spend about $300 to $500.

Unfortunately, users of this engine are mostly faced with engine block problems, making it one of the most common Honda V6 Engine problems. Engine block problems are mechanical issues that can result in safety issues while the engine operates.

Ultimately, since the circulation system responsible for cooling the engine is fragile, a cracked engine block can result in coolant leakage from the area needed in the engine components. This effect will cause the engine to overheat, coupled with low engine compression.

Cracks in the Honda Civic engine do not commonly happen and when it happens, it can be due to some reasons.

It is not advisable to drive cars with a cracked blocked engine as it can lead to total shut down of the engine. When this happens, a new engine will be needed to get the car up and running again.

Causes Of A Cracked Engine Block

Cracked engine block issues are accompanied by some symptoms and it is important I let you know some of the symptoms to watch out for.

I recommend the entire replacement of a cracked engine block. However, the replacement comes with a huge sum as you will need to budget around $1,500 to $2,000.

Older models with this specific engine problem may not be advisable to repair as they may be prone to the same issue not sooner after repair.

If you are enjoying reading this guide, you may also want to read this article on 5 Best And Worst Years For The Honda Civic.

Q1: What Are The Specs Of The Honda Civic V6 Engine?

Of course, yes. With proper maintenance and regular inspection, the engine can last for an extended time.

The Honda Civic engine is a 1.8-litre four-cylinder engine with 140 horsepower.

After-market parts; as a solution to fix engine vibrations, cracked engine block, or transmission may cause further damage to the Honda Civic engine.

I will, however, advise you to opt for OEM parts to fix or replace damaged parts in your engine.

These parts will not only extend the lifespan of your engine but will also prevent further Honda V6 engine problems.

I guess you should always watch out for symptoms from your engine to know what to do immediately. If left unattended to, the problems can degenerate. 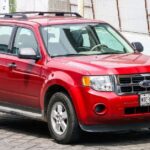 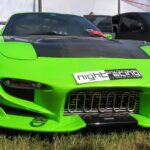