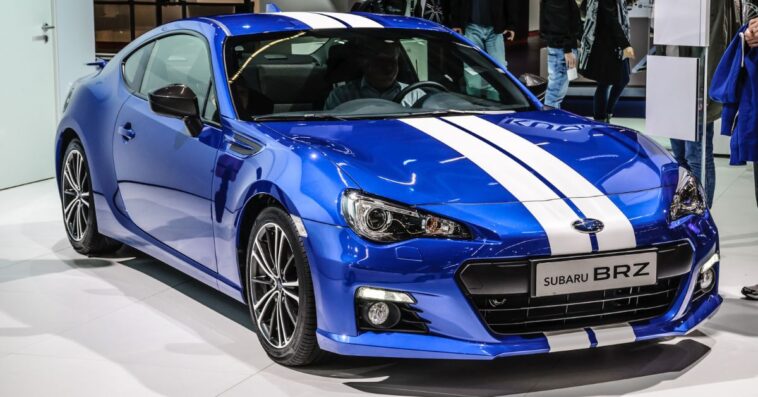 Subaru FA20 is one of the most reliable engines you will ever find on the market. Since its re-launch over two decades ago, its enthusiasts have reported a number of issues about it. Some are related to the engine’s design; others are propped by lack of maintenance.

The Subaru FA20 is prone to the following problems such as:

Let it be said that the problems with this engine cannot define everything about it. From its incredible delivery to high-performance components, there’s more to cherish about the Subaru FA20 than the three issues identified above.

After all, all cars degrade at a certain stage, including newer and higher-rated engines. The Subaru FA20 engines provide a great balance of performance and better efficiency on the road.

What Are The Most Common Subaru FA20 Engine Issues?

Carbon build-up is one of the most common issues associated with the Subaru FA20 engine. It’s not just that Subaru FA20, carbon is a general engine problem.

The process occurs as the fuel is burned in the engine. Understanding the carbon build-up in the Subaru FA20 engine is simple.

Just as there are deposits of soot and grime in burning wood, the same goes with the engine.

Carbon build-up in engines is very common due to the introduction of new technology- The Direct Injection System (DI). This technology is responsible for improving the performance and efficiency of the engine.

The downside of the DI system is that it sprays fuel directly into the cylinders. Usually, there is a natural production of some oil blow-by that moves through the intake tract.

The oil blow-by finds a means to get onto both intake ports and valves. At this point, the formation and deposition of carbon begin. Fuel is sprayed in this area with port injection, therefore, it washes off the oil deposits.

When there is too much carbon build-up, there is a shortage of airflow to the cylinders. Over time, intake ports become smaller, which results in different issues when driving the car.

Thankfully, users can expect this experience having covered about 60,000-100,000 miles. Once the problem is noticed, immediate attention is required.

Let’s take a brief look at the symptoms of carbon build-up you will observe before you blow things out of proportion with your Subaru FA20 engine.

This symptom is accompanied by a shaky and bouncing sensation while you drive. At times, this may also include irregular RPM counts. Stuttering or hesitation is another thing you will observe with this symptom.

This symptom is connected to carbon build-up deposit on the intake valves. When one or more cylinders in the engine refuse to produce enough power, it will cause the engine to misfire. Although misfire can also be a result of a failing spark plug, it is, however, important to watch out as you drive.

Since there is a reduced amount of airflow to the cylinders due to carbon build-up, the Subaru FA20 will lose power and will affect its general performance.

If you ask me, I’ll say preventing carbon build-up is the way to go. But it’s practically impossible for a vehicle to exhaust its lifespan without experiencing this problem, at least one.

The number of times carbon can build up in your engine depends on a number of things. If prevention is completely unavoidable, then fixing the problem will be the alternative.

You may have other means of solving carbon build-up in Subaru FA20 but the most effective way I would recommend is Walnut Blasting. It provides an easy pull of the intake manifold to get to the intake port and valves.

Should you need to fix carbon build-up in your Subaru FA20, you may need to budget between $400 to $600. It may even be more dependent on the location.

Fortunately, carbon build-up may not be treated with urgency. Good maintenance culture is all you need to keep your vehicle in good health.

Valve springs are essentially design to help close and open the valve so as to build engine compression. It also helps in maintaining specific pressure on every moving part to follow the camshaft lobe.

All engines, including the Subaru FA20, need valves for supplying fresh air and fuel to cylinders, as well as getting rid of exhaust fumes after combustion.

Valve spring is a common Subaru FA20 engine problem that requires quick attention once the symptoms become rampant. Valves’ opening and closing in engines must occur in time for an excellent performance of the engine.

Subaru has issued a recall for issues with valve springs in the FA20 engine and has tried to help users out by providing extensive recall.

Some users have, however, complained about their engine developing further issues after fixing their valve springs.

Now that you have understood what valve springs are from my explanation above, let’s quickly talk about the signs to watch out for before holding your valve spring a culprit.

A failing valve spring will affect the general performance of the Subaru FA20 engine, making it one of the foremost signs to watch out for.

If the valve spring is weak or broken, there will be problematic driveability and performance. It can also be accompanied by valve noise, and compression loss can shut down the engine suddenly.

This is a common sign of a bad valve spring. When the valve spring is faulty, you’ll hear unpleasant noise coming from inside the engine. This noise is often due to the loose spring that is like moving around the engine.

Usually, the engine operates at high speeds. It can rotate from 600 to 800 rpm at idle, even to 6,000 rpm. Once the valve springs start to fail, this will drop the engine’s rpm to a very low one.

Replacing the valve springs of the Subaru FA20 engine is the best option to make which I would recommend for any user of the engine.

Labor can last more than 10 hours. Since labor is intensive, you may need to spend more to correct this fault.

However, since the FA20 engine has easy tune and mod, omitting this problem may not be fair enough.

Thankfully, connecting rods pose less threat to this specific engine. Although they can still fail, the chances of their failure are, however, slim.

Connecting the rod to the Subaru FA20 engine will pose concerns when the torque reaches about 325-350 ballparks.

Getting the Subaru FA20 engine to this area comes easy. Thanks to its tune and mod. Fortunately, this problem does not pose much threat as earlier noted.

Quick attention to the symptoms will help with issues. If there is a bent rod, and it begins to know the engine, you may be on the way to rebuild a new Subaru FA20 engine.

Why? Because the connecting rod problem is not something you would want to run into.

Don’t just assume you have a faulty or failing connecting rod despite what you have learned about connecting rod. Let’s take a look at the signs to watch out for.

Knocking noise from the engine signifies a failing connecting rod. The sound can grow worse when the engine becomes cold before warming the oil for components lubrication. However, the sound may remain or go once the engine gets warm.

Connecting rods when going bad can lead to excessive oil use. If your engine runs on low oil, you may need to check your connecting rod.

You may start to experience a drop in oil pressure. Once the low oil pressure light comes on, it may be pointing to a failing connecting rod.

Connecting rods to the Subaru FA20 engine may not likely happen. However, once that happens, it is best to replace them. The cost of replacement can sometimes be expensive and you may need to budget between $2,500 or more.

Overall, fixing the above problem I have explained may not be easy. You may need a professional mechanic to repair it.

1. What Are The Specifications Of The Subaru FA20 Engines?

Designed to use high-octane fuel, Subaru engines feature aluminum cylinder heads and blocks, with each cylinder having four valves. The interesting thing is that the Subaru cylinder heads imitate the Toyota technology as they run on DFI.

2. How Reliable Is The Subaru FA20 Engine?

An absolutely reliable and excellent engine, the Subaru FA20 imitates most of the top-grade engines in the industry.

Subaru engines are generally popular for their amazing performance and on-road delivery. Considering its high horsepower and torque, the engine reliably provides a solid balance of performance and great efficiency.

3. What Are The Turbocharged Versions Of The FA20 Subaru Engine?

What this means is that the turbocharged versions come with a lower compression rating of 10.6 and a maximum boost pressure of 15.9 psi. These specs are responsible for optimizing combustion chambers and better airflow.

Overall, the Subaru FA20 engine is strong and reliable and can last for an extended period if proper maintenance is provided.

You may, however, use after-market parts to replace faulty parts unless you are sure of their authenticity.

If you are not sure of their authenticity, it may not only compound the problem but may also shut the engine down. I am sure you know it’s pretty expensive to replace any engine.

Subaru FA20 engine parts such as valve springs, connection rods, and other sensitive parts should be replaced as soon as possible.

The interesting thing is that Subaru FA20 engines are amazingly malleable for modifications and tuning. With a flat-4 heavyweight engine, Subaru FA20 can hit up to 600 horsepower, thanks to its right-hand features.

You should always pay attention to the symptoms and signals associated with the most common problems of this engine.

you should go for the OEM parts, but aftermarket support is one incredible service that Subaru manufacturers are popular for.

If you need any more information when replacing damaged components of Subaru, the team is on hand 24/7 to help you out. 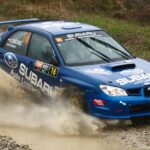 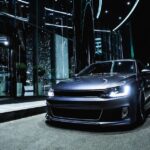