If your engine is sluggish, using a lot more fuel than usual and you think it’s creating more than the normal amount of CO2 emissions, chances are that your EGR valve is faulty.

An EGR valve regulates small quantities of burnt fuel from the exhaust, recycling it back to the exhaust in an effort to keep the environment intact and saving you a little extra on fuel.

In this article we are going to cover the symptoms of a faulty valve, and whether or not the EGR valve is the main problem or if it is something else entirely.

I am also going to educate you more on what this valve is and how it works.

7 Signs That Your EGR Valve Is Faulty

There are various symptoms, telling you that your EGR valve is in dire need of attention, and these symptoms include:

Ever start your car in the morning to warm up the engine, and the revs are inconsistent sometimes causing the car to stall.

This is the first symptom of a faulty EGR valve, showing you that it is possibly sticking open and not properly regulating the flow of unburnt emissions from the engine.

Try to keep your car as mobile as much as possible as you make your way back home or to the closest service station.

2. A Faint Smell Of A Possible Fuel Leak

If the fuel leaving your exhaust smells a little more pungent, then this is also a sign of a faulty EGR valve sticking open.

This is because it is unable to send those unburnt hydrocarbons back to the engine to be reignited and reused.

The longer this is left unattended, the more damage you are causing to both the environment and your pocket.

Another negative side to your EGR valve sticking open is the sharp increase in fuel consumption.

This is because it creates a vacuum leak, causing a higher intake of air into your engine as well as not directing existing unburnt hydrocarbons back into the engine to be reused.

A higher air intake to the engine can also cause a lot more other types of damages.

4. Tapping Or Knocking Sounds From The Engine

This type of behavior from your vehicle can mean that the EGR valve is sticking closed, but it also may not, so be sure to eliminate all other possibilities first.

This tapping will happen at a low RPM yet still higher than idle speed when the car is warmed up. This is the sound of early ignition of the fuel when it reaches high temperatures.

Taking your car in to make sure that the emissions being released into the atmosphere isn’t killing the environment is another way to see if you have a faulty smog valve.

If you fail the emissions test, that means your EGR valve is sticking open.

Lower temperatures in the engine stops all the fuel from being burnt, vastly increasing the amount of unburned hydrocarbon gasses being released out of the tailpipe and into the atmosphere.

6. Check Engine Light Is On

Of course, check engine could apply to various things, so make sure the check engine light isn’t the only symptom when self-diagnosing a faulty EGR valve.

Check engine light means that the valve is sticking either open or closed.

The final symptom of a faulty EGR valve doesn’t apply to one that is sticking open or closed, but rather one that is clogged up.

This is a symptom more of the rarer sort, however still possible, so be sure to keep in mind the carbon build-up from exhaust gases.

If this happens, it means that unburnt hydrocarbons are not getting to one or more cylinders, sending an excess to another piston which then causes the misfire.

Now that we’ve covered all the symptoms of a faulty EGR valve, and you have taken note of some of the symptoms, we are going to explore the issue further.

There is no point in spending hundreds of dollars, if the problem you’re facing is something else that can possibly be fixed by you, at home, in 10 minutes.

Be sure to ensure the following parts of your car are in proper working order before moving on to the next step.

At the same time, it could also be from a clogged fuel injector, vacuum leak, insufficient fuel pressure, or a leaking head gasket.

A rough idle may also indicate a faulty ignition coil, vacuum leak, or any other problem relating to the ignition system.

What Is This EGR Valve, And Why Is It So Important?

Going through the ages, it started off as how can we make life easier and so the automobile was invented.

We are all human, and as a result, we can never be happy enough with what we have made and have to constantly find ways to improve it, this is where the EGR valve comes into play.

In the 70’s this nifty device was invented to help reduce the emissions caused by combusting fuel and at the same time improve fuel efficiency.

Just as you fill up your dishwashing liquid bottle with water, to get that last bit out to wash your dishes and to minimize waste, the EGR valve does the same.

As the fuel and air mixture enters your engine, it creates tiny explosions that move the pistons up and down and move the car.

Not all of this fuel is burned with every cycle, and this unburned fuel heads on out to the exhaust pipe and tries to make its way into the atmosphere.

The EGR valve stops this unburned fuel, mixes it with some more air, and sends it back to the engine for repurposing.

Unfortunately, older model cars don’t have all the bells and whistles that we do today and can be quite exhausting finding if the EGR valve is definitely the issue.

Luckily for the modern cars, it’s as easy as plugging a pc into the computer board and running a diagnostics tool electronically.

With human nature being what it is, wanting to improve every aspect of our lives in every which way possible, the use for the EGR valve is already coming to a halt.

Just 20 years after the invention, the variable valve timer motors were introduced into the market.

Today there are more and more designs that include variable valve timing in their original schematics.

These valves are precise in their timing for opening and closing the intake and exhaust valves on the engine itself, causing little to zero unburned hydrocarbons being released through the exhaust.

Q 1. How Much Does It Cost To Replace An EGR Valve?

The price of an EGR valve can cost anything between $70 and $490, with labor adding roughly another $60 to it.

Q 2. Will Additional Damage Be Done To My Engine If I Keep Driving With A Faulty EGR Valve?

Driving with a faulty EGR valve won’t cause any complications to your motor, however, it is advisable to get your car checked out as soon as possible as there might be something more serious with your car.

Yes it can, to do this put on acid-resistant gloves and safety glasses, as carbon deposits could become airborne in the process.

Spray EGR valve cleaner onto the carbon deposits, then remove with a pipe cleaner brush and a dull scraper.

Q 4. Can I Just Replace The EGR Valve Myself At Home?

It is possible, but not advisable to replace the EGR valve yourself. This is because you need to access the engine chamber, and this could prove to be very difficult.

Now that you know what the possible signs and symptoms of a faulty EGR valve are, you can walk into the service station with confidence.

Don’t let another mechanic rip you off for what could be a simple procedure and enjoy the shocked look on his face, as you explain to him why you think the EGR valve is the thing that needs attention.

Now go ahead, take another look at the signs and symptoms of what your car may be doing, maybe it isn’t as bad as you originally thought. 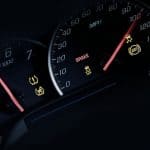