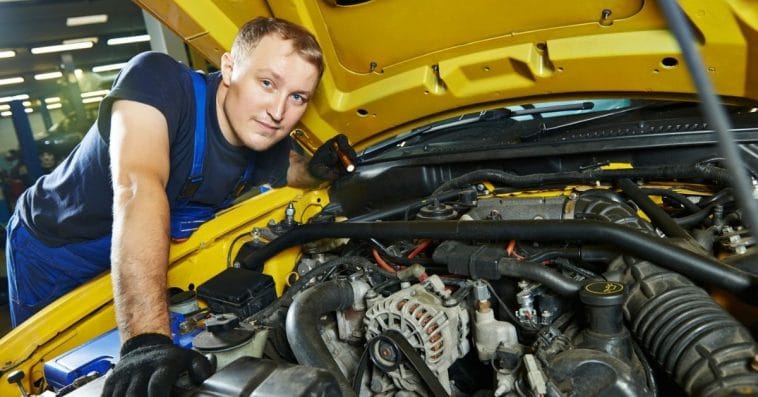 The fuel regulator is one of the main components of an automobile and ensuring it stays in good shape is a given for most vehicle owners.

However, sometimes your fuel regulator begins to malfunction and it can be difficult to detect the same. The biggest symptoms of a bad fuel pressure regulator are engine misfiring and fuel leakage.

By regulating and monitoring the fuel pressure of your engine, the fuel regulator plays an important role in determining your vehicle’s performance.

The kind of regulator required for the optimal functioning of your car depends on the kind of engine you have and the amount of fuel it requires.

Therefore, more often than not, trouble with a bad fuel regulator can be hard to detect for those unfamiliar with the specifics of automobile function.

In the following sections, we’ll explore some of the symptoms of a bad fuel pressure regulator and how you can deal with each of them.

What Are The Signs Of A Bad Fuel Pressure Regulator?

Let us now explore the main symptoms that indicate the improper functioning of the fuel regulator in your vehicle.

A malfunctioning fuel regulator can cause severe issues with the overall performance of your vehicle.

However, since most of these symptoms are not all that difficult to spot, I trust you won’t have much trouble identifying the problem and taking appropriate steps to remedy the same.

Poor acceleration is among the most common and earliest symptoms of a bad fuel regulator.

Moreover, this symptom is fairly quick and easy to spot which should be able to let you call for a timely help to remedy the damage.

In case you have a bad fuel regulator, you’ll find it increasingly difficult to speed up your car even when you use more than the usual amount of pressure to accelerate.

Accelerating your car can feel slow and sluggish in such a scenario. No amount of pressure will allow your car to accelerate as it did before you had any performance issues.

However, it’s worth mentioning here that acceleration issues are not always a symptom of a bad fuel regulator, they can indicate problems with the fuel injector too. And here are other issues…

Often, dirt and other particles can accumulate on fuel injectors of your vehicle.

If this is the case, the residue will prevent the injectors from spraying fuel into your engine’s combustion chamber.

However, since this issue is not related to the functioning of the fuel regulator, it’s beyond the scope of this article.

Instead, I’d like to reiterate here that poor acceleration is one of the most obvious and easy to detect symptoms of a fuel regulator gone bad and should be looked into immediately.

Another obvious sign of a bad fuel regulator is unnecessary fuel leakage.

If you’re able to detect a sharp smell of gas in your vehicle or are finding yourself running through fuel quicker than you did before, chances are, your fuel regulator is damaged.

This kind of leak is caused mostly due to the seal of your fuel regulator breaking. Your fuel delivery system will likely face several grave issues because of this.

Several factors could contribute towards the damaging of the diaphragm or seal on your fuel regulator.

The most common ones are corrosion and dirt/debris. When it comes to fuel leaks, even improper electrical connections can present a problem.

Aside from the health risks associated with fuel leakage, it can cause a significant dent in your wallet as well.

This is not even taking into account the amount of damage fuel leakage could cause your engine and how much that will cost you in turn.

Therefore, if you notice that you’re facing a fuel leakage, the first thing you’ll need to do is try and inspect where it’s coming from.

However, it’s understandable if you’re not able to do so yourself and require an expert’s opinion. Whatever you do, do not ignore the problem as this is quite a serious issue that won’t fix itself.

I’d like to state right off the bat here that the misfiring of an engine can be caused by a host of factors and issues in your vehicles.

That being said, a bad fuel pressure regulator is one of the main reasons an engine has misfired.

When most people are faced with a misfiring engine, it can leave them feeling completely mystified.
After all – there are no other noticeable issues currently at work in their vehicle.

For those wondering what an engine misfiring feels like, it’s simply experiencing your car slowing down when you’re driving at a constant speed.

In most cases, you’ll feel your car slow down gradually and may experience a few hiccups while driving.

Following this, you’ll be able to accelerate again, until the same thing happens again, that is. An engine misfire can cause rough idling too.

As is the case with poor acceleration, engine misfiring too can be caused by issues with your fuel injectors, among other things.

Issues with the spark plug too are fairly common culprits behind misfiring engines.

However, when it comes to a bad fuel regulator, an engine misfire is caused by inadequate fuel pressure.

Basically, in such a scenario, your engine’s chambers are just not receiving enough fuel which is forcing your engine to compensate for the same.

When this happens, your engine will likely produce unusual noises and you’ll feel your car vibrating even when it’s idle.

Not addressing this issue in time may well cause extensive damage to your engine and end up costing you a great deal of money.

If you notice black smoke exiting the exhaust pipe of your car for seemingly no reason, it’s more than likely that there’s an issue with your fuel regulator.

An internal issue or leakage of the fuel regulator can often lead to the emission of greyish-black or black fumes from the exhaust pipe.

Such issues with a fuel regulator can cause several performance issues in your car, and the presence of black smoke is indicative of a few of them.

While this is an easy symptom to detect, it’s not exactly easy to remedy.

Like many other performance issues, the issuing of black smoke can be caused by several factors that affect the overall performance of your car.

Therefore, if you see black smoke issuing from the exhaust pipe, your priority should be getting your car to the nearest mechanic.

If your fuel regulator is located in the fuel rail, it would be quite easy to service and won’t strain your finances either.

This is mainly because a regulator located in the fuel rail can be serviced separately from the rest of your car.

However, some fuel regulators are located in the fuel pump so the same can’t be said for those.

This may seem like a strange point to bring up because most cars do emit some form of noise or the other.

Sure, the more expensive varieties of cars are quieter than the rest, but all cars emit sounds when they’re running.

Therefore, it’s not uncommon for most people to not be distinctly aware of what a fuel pump sounds like when it’s running.

I’ll simplify it for you: when you turn on your engine, the dull, faint humming or buzzing sound you hear is the running of the fuel pump.

If, however, this dull, subtle sounds transitions to loud noises, you have a problem. A bad fuel regulator is one of the leading causes of problems in the fuel pump.

In case your fuel regulator is inhibiting the flow of fuel to your fuel rail, it’s safe to assume there are problems with the pump.

A mechanic may take a good look at your fuel system and determine the exact issues your fuel regulator is facing.

This will also allow them to diagnose how the malfunctioning of the regulator is impacting the other components in your car.

Once you experience your car displaying one or more of the aforementioned symptoms, you can figure out how to go about finding a solution for your bad fuel regulator.

If you have some expertise in the field of mechanics, you’d know that repairing or replacing a fuel radiator is not all that difficult and can even be done at home.

However, for those who don’t have said expertise, it would be more than advisable to seek out professional assistance.

As mentioned in the previous section, a bad fuel regulator can have a host of symptoms.

Now, these symptoms can cause serious problems by themselves (such as engine misfiring) and need to be looked into as quickly as possible to prevent these problems from escalating.

In other words, fixing your regulator may not be nearly as expensive as fixing engine damage caused by a damaged regulator.

Therefore, for the sake of your vehicle’s performance and in the interest of saving you money, I strongly recommend you watch out for these symptoms of bad fuel pressure regulators. 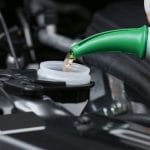 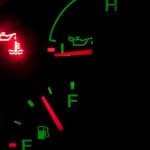