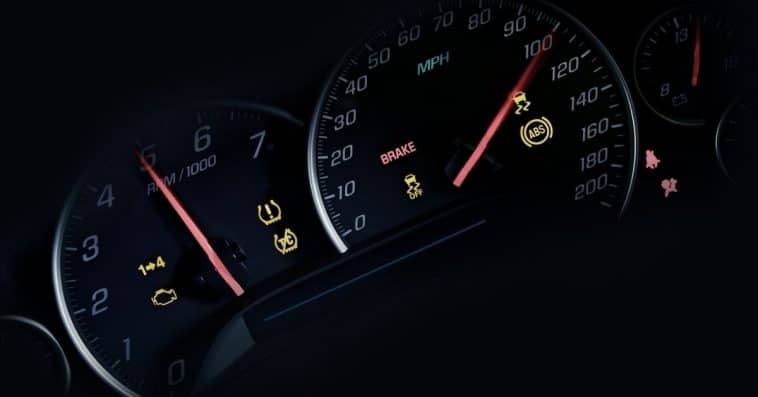 Since 2012, the traction control warning light is mandatory on all passenger vehicles and light trucks. It is an indicator to the driver that traction is not proper in one of the wheels.

Ultimately, the traction control will resolve the issue automatically by shifting control of the vehicle to the other three wheels to ensure proper stability and safety while driving.

But what happens when the traction control light stays on? How do you fix it?

Keep reading to find out why your traction control light is important to function properly and how you can effectively get a fix on a malfunctioning one.

What Does Service Traction Control Means?

The traction control system is an advanced safety system ensuring proper friction of your wheels and grip with the road.

Should you be driving in adverse conditions, such as ice, snow, or rain, the traction control will kick in to ensure your safety.

Once the system detects slipping or skidding on any of the four wheels, it automatically shifts control to the other three until proper grip on the failing wheel is restored.

This is when you will notice a blinking traction control light turned on.

The system may also reduce power in the vehicle by controlling the fuel, or even apply the brakes on one or more wheels to get full control back to you.

Working hand-in-hand with your anti-lock system(ABS) and speed sensors on the wheels, the traction control system will ensure safe driving no matter the weather conditions.

When Does The Traction Control Light Come On?

When you first start your engine you will notice a blinking traction control light for a brief amount of time, perhaps a second or two.

This happens to all indicators in your car when you start it to let you know that all is functioning properly.

You will also see the light on when you are driving in extreme weather conditions and the traction control system detects slipping or skidding of one of the wheels.

This is where it automatically takes action and shifts control to the rest of the wheels, automatically brakes, or causes deceleration of the vehicle.

In addition to that, you may have also switched off the system having followed specified manual instructions.

When the traction control light is constantly on, then this could be an indicator that something in your car may be malfunctioning.

Once you notice that you are driving and your traction control light is constantly turned on it’s best you stop your car as soon as possible.

Try turning off the engine for a while and then restart it to check if the light is still on. Perhaps it was a temporary snag in the system and just a reboot of it is sufficient.

But if the traction control light comes on again then it may be an indicator of a faulty system. It is highly advisable you don’t drive your car until it has properly been checked by your mechanic.

If you need to drive it somewhere, then take extra care, driving as carefully as possible.

A malfunctioning traction control system means that acceleration and breaking are entirely up to your driving skills to keep you safe.

Should You Ever Turn Off Your Traction Control System?

There are several reasons why you may wish to turn off your traction control system. Most vehicles have a special button with the ‘off’ indication on them for this exact use.

Your traction control system is great when you are in snow and one of your wheels is not functioning properly.

But if all of them are blocked by the system then you have to momentarily turn it off until you regain control of your car and then turn the traction control back on.

In the same manner, as with snowy conditions, the traction control will prevent your wheels from turning.

Turning it off will help you spin the wheels enough to get some friction back and regain control.

When your wheels have chains, more often than not they will need to spin to get the grip with the road.

So in a situation like this, you should turn off the traction control system completely as long as you drive slowly and take extra care.

There are four main reasons why a traction control light may be malfunctioning.

Remember your traction control system relies on the ABS and speed control sensors on the wheels.

If any of these individual systems are worn out or not working properly the traction system will receive false or incomplete information about the speed and friction of the wheels.

The result is that you are bound to get a flashing or constant traction control light on indicating something is going on.

A traction control light that will constantly stay turned on may indicate that the switch is malfunctioning.

A check at your mechanic is pertinent to ensure that it is just the switch and not attributed to something more serious.

By the same token, if the computer linked to the traction system is not operating properly you will get the same indication.

This means that the data collected from the wheels is not processes as it should and does not correspond to the actual driving conditions.

Similar to the first reason, a faulty ABS may mean that not only does your vehicle will not break as it should, but also that your traction system will not be able to function properly.

This is when you will get the indication of the traction light on.

Is It Easy To Fix A Faulty Traction Control System?

Based on what has been discussed so far, it should be fairly straightforward for a mechanic to run an electronic check on all the components of the system.

Care should be taken to check the wheel sensors and the ABS function.

The mechanic should also check the proper function of the mechanical parts of your car.

A mechanical issue stemming from the engine power, axles of the wheels, or transmission may also be causing the malfunctioning of the sensors.

Is It Expensive To Repair My Traction Control System?

As with any repair, the cost of the fix depends on how big the damage is. If your mechanic just runs a test and replaces the wiring it should be a fairly easy job to do.

But if the cause of the malfunctioning traction control light stems from a mechanical problem of your car, then it depends on the part that needs to be replaced.

It’s best you always get a cost assessment before the mechanic commences work.

Remember, the traction control works hand-in-hand with your ABS, so if one is malfunctioning then probably the other one is as well. Always consult with an expert on the matter.

Some of the factors to consider while estimating the cost of fixing your traction control system are how old your car is and the mileage.

If your car is too old, it probably comes with other mechanical issues so it may be a time for you to consider replacing it.

Also, make sure you check or ask your mechanic to access the condition of your brakes and tires. If one or both need replacing, then fixing the traction control will not resolve the problem. 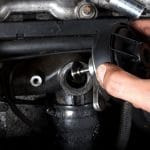 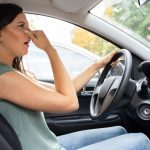