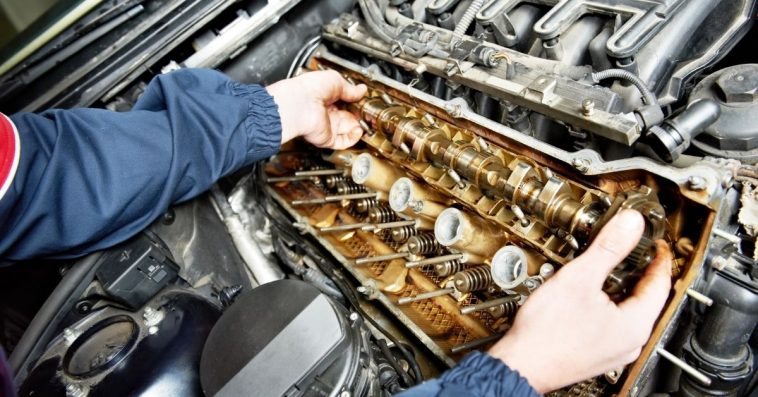 Sounds of any sort from the engine are a cause for concern. Not only are they a distraction but also an indication that the engine needs your attention.

This includes a noisy lifter; The reason I emphasize this is, I have seen people ignore it or treat it as a minor irritation and not anything to be worried about.

Lifter noise is quite common these days, and in most cases, it is due to poor maintenance. But, the good news is that you can quiet the noises yourselves by following the below methods:

If your lifters have just started ticking, it may not even be noticeable.

In order to listen to your engine, first, quiet down the other noises present in your car. Once you get rid of the rest, you can spot the ticking sound of the lifter quite easily.

Consider investing in a sound deadening mat; they can easily contain the loose metal parts in a car.

Ways To Fix The Noisy Lifters

When it comes to cars, they can last long until you do regular maintenance on them.

A good example of the same is noisy lifters. You can hear a ticking sound from the same if you haven’t driven your car for a while and the oil drains away.

In this case, a long drive lasting for 30 minutes can help the oil to circulate again, and the sound is sure to stop soon.

But, if this hasn’t worked out for you, follow the below methods to stop the ticking sound.

Oil provides the engine with the necessary lubrication to help avoid friction between the moving parts. Hence it is important to use good quality oil for the engine to operate in pristine condition.

Without proper lubrication, the engine parts can rub against each other, which damages them, causing engine failure in the long run.

The above is also true when it comes to a noisy ticker and is one of the major reasons. Hence the best way to quiet noisy lifters is by changing your oil as mentioned in the owner’s manual.

Experts advise you to change the engine oil every three months to maintain the engine integrity.

If you go long without an oil change, the sludge and dirt accumulate around the oil filters, which is detrimental to the vehicle.

You can approach the nearest auto service center to get your oil replaced or follow the below steps and do it yourself.

Clean The Lifters With Additives

Oil additives are not a part of the engine oil but special agents that you add to it.

It may be thickening agents, thinning, or flushing agents; each has its own function. When it comes to noisy lifters, you need oil stabilizers.

Add the oil stabilizers to the engine and drive around for a while to get it to mix with the oil.

This helps to break down the debris accumulated in the oil and helps it to return back to its former density. This should stop the ticking noise you get from the lifters.

The best additive to quiet lifters currently in the market is Lucas 10001 Heavy Duty Oil Stabilizer.

Not only does it improve the lubrication properties of the oil, but it also cleans the valve bores, the cause of the noise.

I’ve often been asked, how to clean lifters without removing them? The only way you can clean them is with additives.

Check For Damaged Pushrod And Replace If Needed

Do you feel hear the ticking sound even after changing out the oil? You may have a damaged pushrod.

Pushrods help open and close all the valves in the engine. A bent or worn out rod can be the cause of a noisy lifter. It indicates that you haven’t been gentle with your acceleration and deceleration.

When the rod is damaged, it can ram into the inner part of the engine every time it moves.

Check your pushrod to make sure that it is not damaged or out of shape. If it so, you cannot do anything about it but replace it.

Fortunately, it is cheap and costs about $20 or so. But the bad news is that only a professional mechanic can do the job, which may take about 6 hours or so.

If you have a working knowledge of cars, you can do it yourself.

Remove the pushrods by unscrewing them. Inspect them for any dents. You can also roll them across the floor to see if they are flat.

Adjust Your Valves Or Lifters

To start with, you might have already known that the valves are self-adjusting. If so, where does the adjustment come from? It can be due to two reasons.

Firstly, you need a feeler gauge and also your owner’s manual for the correct details.

In an ideal condition, the lifters hoist the pushrod in the direction of the valves, and the pushrods then push it open. In between both of these, there is a tiny gap called the valve lash.

Use your feeler gauge to find out if the opening is of the correct size, as mentioned in the manual. If not, use a screwdriver on the lifter-adjusting-screw to increase or decrease the space as needed.

Replace Your Lifters With New Ones

If you have reached here, it means that your lifters are damaged and need to be replaced. You have an option other than to buy new lifters, which cost about $20 per piece.

However, they are available in packs, which brings the cost to about a couple hundred dollars. It may also change depending on your engine, and then there is the labor cost.

Valve lifters are almost the size of your finger and reside inside your engine.

These cylindrical-shaped parts raise the pushrod to meet the valve. They have a tiny hole for the oil to pass through, which then lubricates the inside of the cylinder.

Lubricated by the oil, the entire system should operate in a smooth way and as noiseless as it can be.

When any kind of noise like the ticking or tapping sound as caused by the lifters comes, it indicates that not everything is alright with the engine.

There are three types of lifters, of which the hydraulic lifter is the one that often causes the ticking noise.

As I mentioned earlier, noisy lifters are common mainly among older cars. As for the reason, it is due to irregular maintenance.

When your vehicle is not serviced regularly or if it has a pretty large mileage, you might be hearing a ticking sound from the engine, which is due to lifters.

The span of the noise varies from just a few moments to the entire duration of the drive. While it is just a little ticking or tapping sound, it can really be annoying after some time.

Not just that, it can also be the symptom of something more serious like your engine dying.

Here are a few possible causes of a noisy lifter.

In reality, the sounds from the lifters are so faint that you may not even notice it first. In the meantime, less lubrication due to the absence or reduction of oil causes more prominent noises.

Since the lifters are an important part of the oil circulatory system, the issues with them may also present as low pressure.

And you may also notice engine overheating. The lack of lubrication causes the engine to heat up, which is not ideal in any circumstance.

In the above situation, you better take your car to the mechanic as soon as possible.

Any kind of noise from the engine is not ideal for the vehicle. While it may not be a big issue, it is definitely the start of something serious.

If not handled at the right time, it can hinder the performance of your car.

When it comes to car maintenance, any and all smaller issues should be dealt with at once to prevent an engine failure.

Fixing a lifter can cause anywhere from $200 to $400, but an engine rebuild will run up to thousands. Your insurance may also consider it totaled.

Can A Noisy Lifter Cause Damage?

Yes! While it doesn’t cause damage by itself, it is an indication that the engine is not working in optimal condition.

Depending on how long you hear the ticks, it may even be heading for engine failure, and this is just a symptom.

Yes! It can reduce the ticking sound to a large extent. The reason is its tendency to behave both as a thick oil and thin oil.

When cold, the oil is thin and aids the car to start smoothly. As the temperature increases, it has a thick viscosity, hence protects the engine from damage.

Can I Replace Lifters Without Removing Heads?

Yes, You can replace the lifters without having to touch the heads with the help of Performance Tool W84004 Heavy Duty Hydraulic Valve Lifter Remover.

It tightly grips the lifter allowing you to remove it easily.

Lifters are a tiny yet important part of the engine. Due to poor maintenance and irregular oil changes, the lifters can wear out and cause a ticking sound.

While it is quite minor, it can be quite an annoyance, and after a period of time, it can be detrimental to the engine.

Fortunately, you can handle it yourselves before visiting your mechanic. And this includes oil changes and adding additives to your engine oil.

If everything fails, you might have to change your lifter, which is not a big job, but since it is related to the engine, it may cost you a but for the labor charges.

Any noise, even something as small as from a lifter, needs to be addressed immediately if you are to prevent any major problems with your engine. 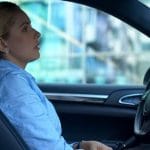 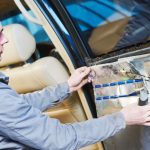