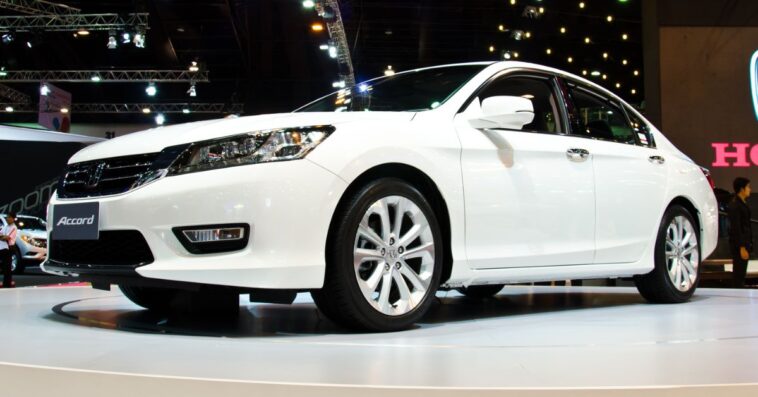 The Honda Accord has been a mid-size car in production for over 45 years.

This popular model has consistently ranked as one of the top-selling cars in the United States and has earned praise for its design, with several iterations winning awards.

Regarding production, the Honda Accord has a global supply chain that spans several countries.

In Japan, Honda operates several manufacturing facilities where the Accord is produced for the domestic market and exported to other countries.

In addition to Japan, Honda Accords are manufactured in the United States, Canada, and Mexico.

In this article, I will explore where are Honda Accords made and the factors that influence where these cars are made.

The Main Manufacturing Plant In the US – The Marysville Auto Plant

The Marysville Auto Plant (MAP) for the Honda Accord is one of North America’s most flexible auto plants.

Located in Marysville, Ohio, the MAP came into commission at the end of 1982 and had over 4200 employees.

From the start, the Honda Accord has been in production at this facility, and it was also the first car of Japanese origin to be produced in the United States.

During its early years of production, the Honda Accord became a major success in the American market.

It was the best-selling Japanese car in the United States for 16 consecutive years, from 1982 to 1997.

This period of dominance was a testament to the popularity and quality of the Honda Accord, as well as the efficiency and flexibility of the MAP.

Today, the main manufacturing plant for the Honda Accord continues to produce high-quality vehicles exclusively for the American market.

It remains important to ensure US consumers are not deprived of one of the best vehicles Honda has ever put on the road.

The Honda Accord has a long and storied history that stretches back to 1976 when the first Accord was manufactured at Honda’s Saitama Plant in Japan.

This plant was the birthplace of the Honda Accord and played a pivotal role in the development and success of the car.

Despite its importance to the Honda Accord, it was announced in 2022 that the Saitama plant would be closed as the world moves towards electric vehicles.

While the closure of this plant marks the end of an era for the Honda Accord here, it does live on. The hybrid model of the sedan’s production was already shifted to Thailand.

The decision was revealed in 2020. This marks an era for the gasoline-driven Accord, as Honda is slowly but steadily shifting to electric and hybrid vehicles.

Other Production Facilities In The United States

In addition to the primary manufacturing plant in Marysville, Ohio, Honda operates several other facilities in the United States that produce components for the Honda Accord.

The Anna Engine plant is responsible for producing engines for the Honda Accord.

The Tallapoosa Georgia plant is also responsible for producing transmissions for the Honda Accord.

All of these plants work in tandem to ensure that the demand for the Honda Accord is met and clients can receive their vehicles in the required time frame.

The fact that there are so many factories in the United States is more than enough to clarify that the Accord is an extremely popular vehicle.

This list does not name all of the 12 plants that Honda has opened in the States. Yes, many more are not affiliated with the Honda Accord.

Related: Best And Worst Years For The Honda Accord

North American Made Parts – A Huge Recognition For The Honda Accord

The Honda Accord has received huge recognition for using North American-made parts.

In 2015, the Accord was included in Motor Trend’s list of the top 15 cars made from the most North American-made parts.

This was an extremely impressive achievement, as the Accord could source 70% of its parts from the United States and Canada, with an additional 15% coming from Japan.

Honda published these numbers. One thing to wonder about is that the international automaker did not disclose the final 15%.

According to Honda, in 2013, 94% of Accords sold were manufactured in the United States.

This number was higher than any other automaker, making the Honda Accord one of the most American-made cars on the market.

This achievement is a testament to the strength of Honda’s production network in the United States and the company’s commitment to supporting local suppliers and communities.

Honda And Its Partnership With US Suppliers

Honda’s commitment to sourcing parts from North America has been reflected in the number of suppliers the company works with within the region.

The company has 743 suppliers in North America, with more than 500 of these suppliers located in the United States.

Out of these 532 suppliers, more than 150 are located in Ohio, where the main manufacturing plant for the Honda Accord is located.

This extensive network of North American suppliers is a key part of Honda’s supply chain for the Honda Accord and other car models.

Where Was Your Accord Manufactured?

If you are wondering where your Honda Accord was made then one way to find out is to look at the vehicle identification number (VIN).

The VIN is a unique 17-digit code assigned to every car and can identify specific information about the vehicle, including its production location.

Steps To Find Out Your Car’s Manufacturing Place

Lastly, I hope you got the answer to where are Honda Accords made. The Honda Accord is more than just a car – it’s a symbol of reliability, efficiency, and style.

From its humble beginnings at the Saitama Plant in Japan to its global production network that spans several countries, the Honda Accord has come a long way.

Today, the Honda Accord is one of the most popular car models in the world, with a reputation for quality and performance that is hard to beat.

As the Honda Accord continues to evolve and adapt to changing consumer preferences, it will be interesting to see how its production locations and supply chain adapt as well. 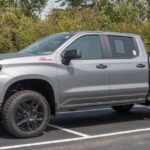