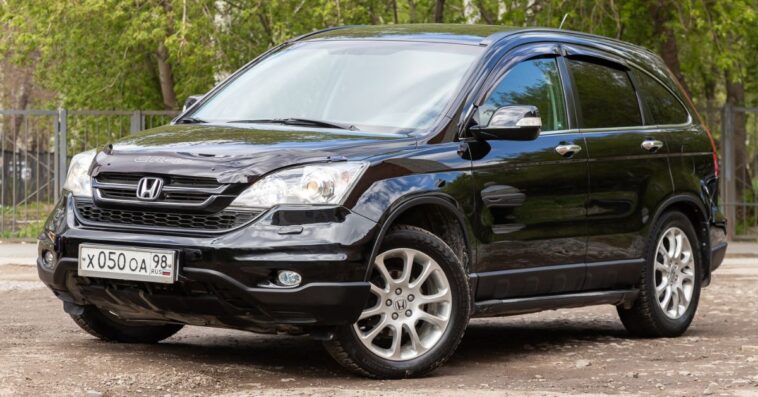 Being a Japanese automaker, you can expect the Honda CRV to have huge production power in mainland Japan.

This, however, does not mean that the Honda CRV is solely produced in Japan.

To no one’s surprise, the Honda CRV was indeed produced initially in Japan but slowly expanded its operation and spread the car’s production.

When it comes to where are Honda CRVs made, countries like the United States, China, Canada, and Pakistan are just a few answers.

There are a lot of countries that produce this lineup. Aside from mentioning them, I will also discuss exactly where the Honda CRV is produced.

I will also mention the production plans of the lineup worldwide, so make sure you read the article until the end!

I’ll start the rest of the article by explaining the making of the Honda CRV for my American readers.

Here are the production plants that produce the Honda CRV in the United States:

While other manufacturing plants in the United States operate under Honda, they do not produce the Honda CRV.

These three plants are currently the only ones that do so. I will talk about these plants, especially since they are located in America:

The first of these was the Marysville Auto Plant, the first American Honda Plant. This plant was developed in 1982 and is well known for producing capable CRVs.

Being the first, it is also the largest facility that can produce the Honda CRV. At one point, they can hold up to 440,000 CRVs simultaneously.

At the time of writing this article, at least 5.4 billion dollars have been invested in this plant. This shows the nature of how expensive Honda CRVs can be.

The East Liberty Auto Plant began producing the Honda CRVs in 2007. The plant opened in 1989 and currently has a personnel count of 2,700.

This facility can only hold around half of the last one, around 240,000 cars. This plant only has a nearly 2 billion dollar investment of capital.

This is because, aside from the CRV, only three other cars are produced here.

The production facility in Greensburg, Indiana, only started producing Honda CRVs in early 2017. General vehicle production of the plant started in 2008.

Despite having a smaller number of people working (only 2,600), the facility can store almost 10,000 more cars.

This indicates that it is bigger than the East Liberty Auto Plant. The Civic Hatchback is also made in this plant, along with the Honda CRV.

Despite only two cars, the facility has had a 1.3 billion dollar capital investment.

This high amount of investment for only two cars properly shows how much goes into making a CRV.

Related: Best And Worst Years For The Honda CRV

Where Are Honda CRV Parts Made?

Just because the cars are assembled at one particular facility does not mean they were entirely made there.

Regarding cars, parts come from all over, which is likely the case for the Honda CRV.

It is a prominent possibility that the Honda CRV’s parts are brought to the assembly plants from the following plants:

It is not uncommon for certain parts to be made in these facilities and transported to the main facilities where they are fitted.

These parts can include the engines and the transmissions, which are all up to the quality of Honda.

Despite being under a Japanese name, some Honda CRVs are completely American-made.

Not just the Honda CRV, but quite a few cars have been exported from the United States under Honda.

Honda CRV Production In The Rest Of The World

Here, I’ll discuss the rest of the assembly plants where the Honda CRV has been produced.

These facilities will cross various countries, so read this segment carefully.

The assembly plants are as follows:

As you can see, Honda has more than double the amount of facilities outside the United States, making Honda CRVs.

The list above mentioned all the plants that have ever produced a Honda CRV and is not a current list of plants doing so.

Honda’s manufacturing plant in Mexico had run for nearly 32 years before stopping the production of cars in 2020.

The Honda Sayama Factory has also been closed. This was a move by Honda to make a shift towards electric vehicles.

The rest of these plants have also had production stopped for various lineups. Thankfully they are still making Honda CRVs and have no immediate plans to stop.

Honda CRV And Its Production In The US

If you read the above part of the article closely, you might have caught on to the trend of the Honda CRV.

Despite the car being around since 1995, the two major assembly plants in the United States did not immediately start making this lineup.

Additionally, all three facilities have increased their production of the Honda CRV.

This means that more of the CRV is being made here in the United States, and fewer are being imported.

This is great news for people who want cars made in America, but this may not be enough for some people.

There are quite a lot of people who still think that this is not enough.

The Process Of Finding Out American Made Honda CRV

Just because a car was assembled in America, does not give it the right to be called American-made.

I have already discussed the multiple assembly plants producing the Honda CRV.

Despite this, there are still a lot of people who do not consider the units produced there to be American-made.

The making of any car involves these five inputs:

When you see the Honda CRV in all of these regards, you can see that it can do much more to be called American-made.

In a recent study conducted in 2022, this lineup only placed 73rd on the chart of being American-made. This is worse than the lineup did the previous year, coming at 69.

The Honda CRV can nail it regarding Assembly Location and Manufacturing Workforce.

Unfortunately, it does not stick to the landing when it comes to the parts that it uses.

The Honda CRV is produced in all parts of the world, not just in Japan. This is information that you probably know.

Now that you have finished reading this article, you should be able to tell where are Honda CRVs made, both in the United States and outside of it.

This should help influence your decision on whether or not you want to buy the car.

Being one of the best compact crossover SUVs of recent times, you should be informed about every detail of the Honda CRV.

The place of manufacture is probably not one that immediately comes to mind, but it is yet another important detail you should know about. 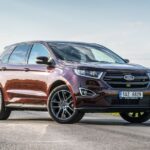 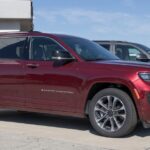