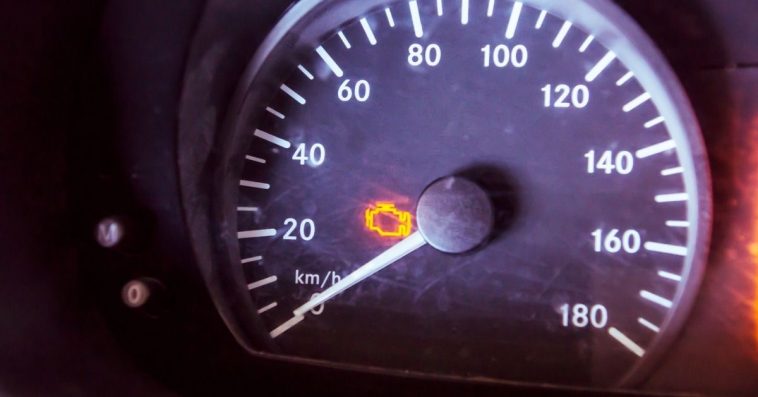 Blinking engine light is something you may have been confronted with at some point if you’ve been driving for a while. This situation can be frightening and can cause panic, but there are some pretty straightforward reasons behind why it happens.

Since a blinking engine light usually denotes an emergency, it’s no surprise that most drivers pull over and call a mechanic when they see their engine light blinking. If this has indeed happened with you, you may be wondering what had caused it in the first place.

There are several causes behind a blinking engine light and these are what we’ll be discussing in this article.

What Do I Mean By A Blinking Engine Light?

If you haven’t faced this problem yet, you’re probably wondering what we mean by a blinking engine light. Don’t worry, I’ve got you covered. A blinking or flashing engine light is usually indicative of some issue with the engine.

Your engine control module has a trouble code programmed and stored in it to be used in the event of an emergency. This control unit constantly receives codes from the sensors located in your car’s engine.

It processes all the information it has received to estimate how much fuel it needs to inject into the engine alongside other important considerations. It also accurately estimates the angle at which it needs to fire up the ignition.

Your engine light will mostly appear to be on constantly which is why most people tend to feel alarmed when they see it blinking. The fact that it’s blinking indicates that the engine control module is receiving a string of wrong values from the sensor.

The control unit therefore will not stop blinking until it receives the correct value from the sensor.

Once you see the engine light flashing, you could take it to mean that there must be something seriously wrong with your engine, such as a misfire.

What Causes An Engine Light To Blink?

In this section, we’ll be exploring a few common reasons behind an engine light blinking. Make sure you go through each carefully to fully understand why your engine light is giving you cause for concern.

What Causes An Engine Misfire?

The most common reason behind a blinking engine light out of all the points I’ve mentioned above is an engine misfire. An engine misfire can pose a serious problem to your vehicle and should be checked out by a professional immediately.

Your vehicle’s engine contains a few cylinders that provide space for air and fuel to mix. This is where the car’s ignition takes place and supplies power to it.

If your engine’s cylinders are faulty due to an improper fuel to air ratio or some other internal issue, the engine control unit will detect an error and start flashing the engine light on your dashboard.

Now without further ado, let’s get into the main reasons behind an engine misfire.

1. A Problem With The Fuel Cap

It can seem like a small, even insignificant detail in the scheme of things but an improperly closed fuel cap can cause major issues with your engine. Your car’s engine control unit will be able to detect when the fuel cap is not closed correctly.

When this happens, it’ll let you know by causing the engine light to start flashing. There could be two reasons behind your engine control unit detecting an error with the fuel cap and the fact that it’s improperly closed is just one of them.

The other one is that your fuel cap is damaged or broken. In this case, there are no two ways about it, you’ll need to get the fuel cap replaced as it’s neither practical nor entirely possible to get it fixed.

However, since fuel caps are fairly inexpensive and won’t drain your finances, this is a minor issue, all things considered.

If your engine light is blinking due to a fuel cap issue, you can the first pullover and try to screw it on properly by yourself. If your light continues to blink after this, it’s indicative of a more serious issue and you’ll have to call for roadside assistance.

The oxygen in your exhaust has to be contained within a certain level. If this doesn’t happen, it’s probably because of a fault with the oxygen sensor in your car.

Either scenario is not ideal for the optimal functioning of your engine. The ignition won’t be able to burn the proper amount of fuel to power up your car if this ratio is skewed.

An issue with the oxygen cylinder can also cause a leak through your car’s exhaust. This in turn could lead to more severe and dangerous issues that could escalate quickly if not checked in time.

Whenever you pull your car into a garage for a maintenance check, one of the first things your mechanic is likely to check is the spark plug. The spark plug is an important component of your car and has to be kept in optimal condition if you want your vehicle to function properly.

Your maintenance schedule should be followed rigorously to ensure you don’t have to face any issues with a burnt or damaged spark plug. Normal wear and tear are what causes issues with the spark plug and this can’t be avoided.

Therefore, some amount of damage to your spark plug is not unexpected which is why it should be maintained properly and regularly. A worn-out or damaged spark plug too could cause your engine light to start blinking out of nowhere.

4. Overheating Of Your Engine

It happens more often than you’d like to think, everything is going fine with the performance of your car but you discover that your engine has an overheating issue.

Overheating is an issue with pretty much any machine so it’s no surprise that it’s common among machines as powerful as cars. However, the fact that it’s common should not lead you to believe that this is a minor issue.

It’s quite the opposite. A spike in the temperature of your engine could be a major cause of concern as it is indicative of significant issues with your engine.

The only thing you can do when you find your engine light blinking due to an overheating issue is to pull over in a safe place and ask for professional assistance.

Under no circumstance would I advise you to try and drive your car while your engine temperature is too high. Doing so could lead to fatal results for you and your fellow passengers.

5. Damage In The Catalytic Converter

This is easily one of the most significant of almost all the others mentioned in this list. To understand why this is a serious issue, you’ll first need to understand what the function of the catalytic converter is.

You can see why this is integral to ensuring your car functions properly. You should never attempt to drive for even a kilometer if there’s an issue with your catalytic converter. You’ll need to call for roadside assistance right away if you detect an issue with the converter.

A Mass Air Flow Sensor or MAF is one of the most important components of your car in terms of the function it performs. It’s mainly responsible for controlling the amount of fuel that is required for your engine to function.

The ideal ratio of the fuel/air in your engine is what allows it to function properly and deliver the power required to propel your vehicle. If there is an error in this ratio, it could lead to minor performance issues.

A fault with MAF doesn’t always indicate that it’s suffered any kind of damage. More often than not this sensor malfunctions because of an excess of dirt accumulated inside it.

This is one of the issues with your engine that doesn’t require immediate attention. You can continue to drive your car without needing to pull over or ask for roadside assistance if you have an issue with the mass airflow sensor.

The main issue with a faulty MAF is that it leads to the poor performance of your car and can make your engine rough while you’re driving it. However, just because this is a minor issue doesn’t mean you won’t require professional help to repair it eventually.

To understand whether or not your engine has misfired, you’ll need to be able to identify the signs of a misfire. Some of these signs that are easily-identifiable are as follows:

If your engine light starts blanking around the same time that your car starts to get shaky, you can be sure that you’re facing an engine misfire.

Your engine light will rarely flash by accident and is, therefore, an indication of some issue with your engine. While this issue could be minor, it’s more often than not a major issue such as an engine misfire.

Moreover, you’ll require professional help to remedy this problem and keep it at bay so you might as well try and understand the services you’re paying for. 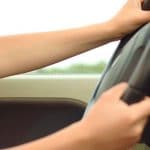 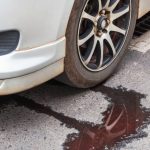