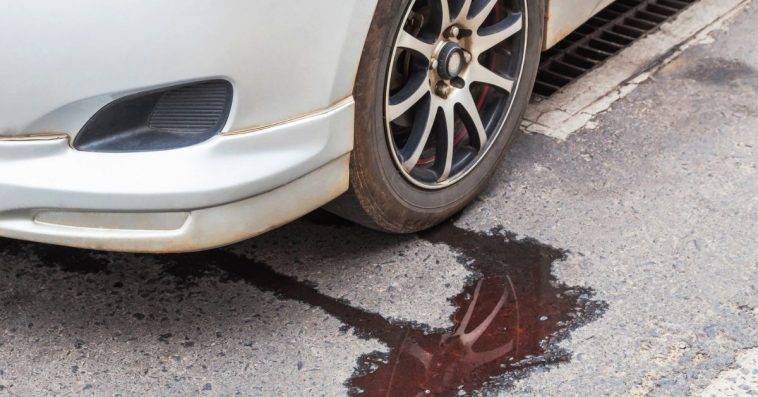 If you find that your car has been leaking antifreeze lately, don’t be alarmed, it’s more common than you’d think. Since cars have various components and parts, it’s no surprise that some performance issues will crop now and then.

Most vehicle-owners are not mechanics or automobile experts so they can’t be expected to have hands-on knowledge of what’s wrong with their car. Therefore, in the following sections, I’ve compiled everything you’d need to know about an antifreeze leak and how you can prevent it.

What Is Antifreeze Exactly?

To be able to deal with an antifreeze leak effectively, you’ll first need to understand the basics of what antifreeze is. This is exactly what we’ll be exploring in this section.

Antifreeze is a coolant that prevents your engine from overheating, thereby protecting it from damage. It’s a chemical formula mixed with water that prevents water from freezing and absorbs heat from your engine.

It achieves this by pulling the heat from your engine and cooling it with external air that flows through your radiator. It can prevent your engine from freezing during harsh winter months as well. Apart from this, it can also stem the formation of rust on your engine.

You can now see why antifreeze is crucial to keeping your car operating safely.

How To Tell If Your Car Is Leaking Antifreeze

You don’t have to be an expert to identify whether or not your car is leaking some precious antifreeze. There are a few warning signs you’ll have to watch out for and keep track of to prevent the issue from escalating.

The first and most important warning sign is the presence of a strange odor you’ll find emanating from your car right after you shut your engine off. This odor is characterized by a strong, sweet smell that you’ll know right away doesn’t usually stem from your car.

Another important indicator of an antifreeze leak is the presence of fluid under your car wherever you’ve parked it.

Antifreeze is generally orange, pink, or green in color so you’ll be able to identify it right away. Engine oil on the other hand is other black or gold so it is easily distinguishable from the coolant.

Once you notice the presence of antifreeze beneath your car, it’s highly advisable to clean it right away. It’s quite toxic to both humans and animals so you don’t want to leave it lying around for long.

If you haven’t observed either of the aforementioned warning signs you could always watch the temperature gauge in your car. You’ll likely notice small changes in your temperature gauge now and then but if it changes suddenly or significantly, you’ll know that your car is leaking coolant.

What Can Cause An Antifreeze Leak From Your Vehicle?

In this section, we’ll be exploring some of the most common factors that cause an antifreeze leak. Understanding these factors will give you a fairly clear idea of how to prevent your coolant from leaking.

Following are the main reasons behind an antifreeze leak:

If your water pump isn’t functioning properly, you’re in big trouble. This component is integral to ensuring that the antifreeze circulates throughout your car’s cooling system.

A faulty water pump will eventually cause your engine to overheat by preventing the coolant to move freely through your system. The pump is located on the lower part of your engine where the drive belts are. This is where it connects to the radiator via its lower hose.

External damage can cause the connection between the radiator and the water pump to loosen or corrode leading to an antifreeze leak.

The performance of your engine depends on a variety of factors and the condition of the head gasket is one of them. The only trouble with blowing your head gasket is that you won’t have any clear indication when it blows.

The head gasket has various important functions such as maintaining the temperature in your system and managing a range of high and low pressures in your engine. You’ll find it located between the engine block and cylinder head.

This is perhaps the most common cause behind an antifreeze leak. The radiator in your car is constantly subjected to a range of extreme temperatures and pressures. Normal wear and tear too can cause issues with your radiator.

It’s usually the hoses that are connected to your radiator that go brittle and do the maximum damage to your car. A brittle or damaged hose isn’t going to seal the radiator well enough to prevent coolant from leaking out.

Apart from the hoses, your radiator also has a sealing gasket that’s located between it and the tank. Damage caused to this sealing gasket could lead to antifreeze leaks as well.

Another reason behind your antifreeze leak could be a damaged radiator cap. A radiator cap is a small fitting that creates a tight seal for your radiator.

Since the radiator works under extreme pressure, the radiator cap is a small but powerful component inside your car. However, regular wear and tear can cause damage to the cap and allow the antifreeze to leak.

How To Prevent Or Remedy An Antifreeze Leak

It doesn’t matter if you haven’t had an antifreeze leak as yet, you should be well-equipped with the knowledge of how to deal with it if it ever takes place. On the other hand, if you’ve noticed a leak and would like to repair it, you’ll need some expert tips as well.

In this section, we’ll quickly go over some fool-proof methods of preventing or remedying an antifreeze leak.

Following a proper schedule and changing your coolant often can help prevent leaks. You should use anti-corrosion fluids in your system now and again to avoid corrosion. Corrosion in the radiator is one of the main culprits behind an antifreeze leak so taking care of this promptly would be wise.

Moreover, as discussed in the previous section, the presence of debris in the radiator too can cause a leak. Getting rid of it whenever you can work on preventing leaks.

Check Your Radiator Cap And Hoses

The rubber seals on your radiator caps can get damaged because of the extreme pressures under which they operate. Perform regular checks by yourself or have them checked by a professional now and again to make sure they’re in good condition.

Either has these clamps replaced or tighten them just enough to ensure they’re holding the hoses properly in place.

If you’ve discovered that the coolant leak is being caused by the radiator hoses, it’s most likely because of loose or rusted clamps. Tightening or replacing these would remedy the situation right away in this case.

If, however, the problem lies with a torn hose, alternative steps will have to be taken. You can either cut away the damaged area and reattach the hose or replace it altogether. The former is the cheaper option, but only viable if you’re confident enough to perform it.

If the tear is somewhere on the body of the hose and is not very large, you could even use a sealant or duct tape to patch it up. However, it’s advisable to get it replaced altogether if you want to avoid future issues with leaking.

Use a commercial sealant in your radiator by opening the cap and pouring it right in if it was the cause behind the leak. If it’s an emergency and you don’t have a sealant handy, you could even use a small amount of ground black pepper on a small leak.

The most viable (though not easily-affordable) option here is to get your radiator replaced. This is the only way to guarantee your safety while using your vehicle in the long run.

All things considered, an antifreeze leak is quite a common problem among vehicle-owners. Since it’s common, it’s no surprise that there’s an abundance of information available today on how you can identify, remedy, and prevent it.

However, in the interest of saving you time and effort, we’ve covered all the basics of what you’d need to know in this article. Reading through the preceding sections will equip you with enough knowledge on how to deal with an antifreeze leak. 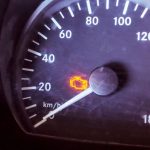 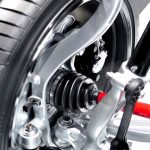