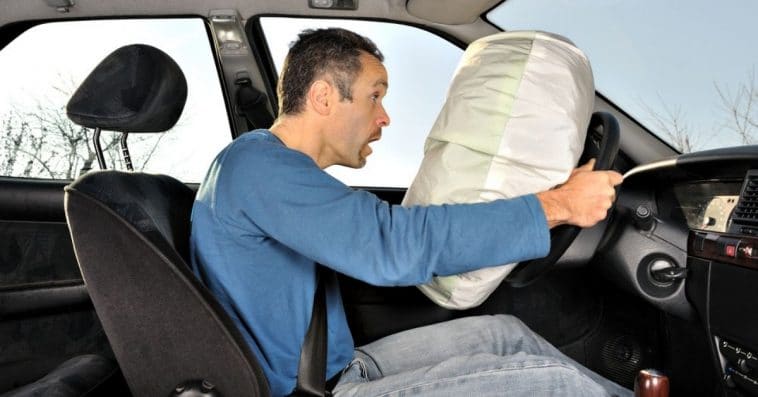 Any collision that involves an airbag deployment is not a pleasant one to be in.

Though it is a lifesaving component in a car, it can also deploy during a soft impact, in which case your vehicle is functional.

So, the question I often get asked is, “can I drive a car with airbags deployed?”

In the rare case that a minor accident caused the airbag to deploy without much damage to the vehicle, you can drive.

But it isn’t advised or recommended to do so since your automobile is missing the most important safety feature.

The fact is, your airbag deploys only when it receives a worrying impact, which prevents the car from being driven. Even if it isn’t affected structurally, it might be affected functionally.

Hence, it is better to take your automobile to the mechanic or auto repair shop and make sure everything is functional before getting back on the road.

One of the known hazards of driving is collisions; With so many vehicles on the road, there isn’t much you can do but have all the safety features in your car.

One such component is the airbag, which works by creating a bag of air between you and the metal parts of the car. This prevents grave injuries, saving lives in the course.

Can airbags deploy on a not so serious collision?

It can happen during a sideways collision when the curtain airbags deploy. With the steering wheel intact, you can drive away to your destination. However, I’d suggest you not do that.

In the case of front airbags, they come out from your steering wheel. And you have a broken one after a collision, not to mention an inflated airbag.

Another question that I often get asked; Is it illegal to drive without airbags? No, it is not!

While it is legal for you to have working airbags in place, it is in the interest of your safety that safety experts make it a point to insist on having airbags.

Why Not Drive After An Airbag Deployment?

Firstly, If you have just survived a collision, there is the matter of concussion even though there isn’t any injury preventing you from driving.

And then there is the shock you are most likely in after a collision.

Both of these affect your concentration for a certain amount of time after the accident. Consider driving only if towing is not an option.

Secondly, there are the deployed airbags. Airbags stay inflated for a certain amount of time and then deflate themselves.

I’d recommend you to wait, but if you are in a hurry, you can use any sharp object to pierce it.

This works for the front airbags but coming to the side curtain ones: you might have to cut them off completely. Else, they are likely to block your side view.

Airbags And Its Types

Airbags, in conjunction with the seatbelt, have become a quintessential safety measure for motorists.

It is a lightweight nylon bag that inflates in the case of a serious accident to protect the passengers of the car from severe trauma. Few motorcycles also house airbags in the front.

Airbags aim to protect your head and upper body from grave injuries.

As such, it works along with the seatbelt and not replace them. Without the seatbelts, you are liable to get an airbag-related injury.

How Does It Work?

When a collision happens, the system’s control module sends a signal to the inflator, which inflates the airbag in 1/20 of a second.

The airbag is filled with a harmless gas, as a result of a chemical reaction started by to the inflator. Since it happens in the blink of an eye, you can get hurt during the inflation if not seated properly.

The airbag deployment isn’t slow, as you see in slow motion on TV programs, but an extremely fast process that can reach up to 300 km/hr.

Even though a deployed airbag looks like a big fluffy pillow; it far from that. In fact, it is rockhard and aimed at protecting your head from hitting the steering wheel or other parts of the car.

Without proper posture or seatbelts, airbags can do more harm than the accident itself.

Experts suggest you sit at least 10 inches away from the steering wheel and hold it in the 9-3 position.

Else, you can get anything from broken wrists to internal injuries to being seriously hurt on your face.

The first airbags were situated in the steering wheel and also in the dash for the front passenger.

But the later models brought in more airbags dispersed throughout the car to protect the other passengers as well.

There can be around 9 airbags in a car, depending on the make and model of the vehicle.

Here are a few:

Airbag replacement is a costly affair, so much that your insurance companies prefer to replace the car rather than the airbag if it comes under your plan.

Considering the labor cost, you can expect around $1000-$6000 depending on the make and model of the vehicle.

And that is for just one airbag. Another factor that comes into the picture is the airbag itself. The passenger airbag costs more than the one on the driver side.

Here are a few other factors that affect the replacement cost.

Where you purchase the airbags weigh heavily on the cost. You have two options:

The first option is where you trust your mechanic and let him do the job.

He has his own sources and suppliers with whom he probably has a contract. This would cost you the same price, as mentioned earlier, along with the labor costs.

Another inexpensive option is via online sellers.

Here you have the issue of quality. Unless you trust the source, you cannot buy from them else you might end up with a faulty piece. And then, the question arises: Who would fix them?

You can do it if you have the knowledge, or you would have to fall back to your mechanic.

Most probably, he/she might not be willing to do it since the quality is under question. Additionally, you will have to pay labor costs.

2. Where I Get The Work Done

Labor costs impact the replacement cost much more than you imagine. And this again depends on the make and model of the car.

Few airbags may be more intricate than the regular ones and will cost you more to replace.

Moreover, the number of airbags deployed and the work required on the car also impact the expense.

When your airbags need replacing, it’s not just the one component that is affected.

The other parts related to its function also should be inspected and replaced if needed, which most probably will require to be.

This module has an impact sensor that most vehicles do not allow you to manual reset.

If you change the airbag without replacing the module, the entire system will fail during a crash, and all that expense is for nothing.

Most seatbelt these days feature a pre-tensioner, which is present in the buckle. It tightens just before the airbag deploys as extra protection.

You might want your mechanic to give a once-over at the connectors and wiring that may have been affected by the airbag deployment.

While you count on your airbags to protect you during a collision, a counterfeit one is a cause of concern. A fake piece can cause the airbag not to deploy or deploy later or even improperly.

Whatever the case is, you will end up paying more than you anticipated in the long run in terms of your treatment and also repair for the vehicle.

When replacing an airbag, make sure it is by an authorized dealer or mechanic and not by any third party, much less by yourself. If you by any chance, doubt your airbag, do not wait.

Get your car checked by an authorized dealer or the manufacturer and replace it if necessary, which is again going to cost you money. But that’s the price you pay for saving your life.

In the case of insurance, they would have a list of recommended auto repair shops at which you would have the airbags replaced.

If you suspect any fraudulent activity with a counterfeit airbag, talk to your insurer about getting it checked out again.

On the occasion that you bought it online, you cannot do much but claim your money through buyer protection programs if they have one.

Is My Car Considered Totaled If My Airbag Deployed?

While most assume that a car is totaled if the airbag deploys, it is not the case. It depends on the circumstances, the other repairs, and the age of the vehicle.

In the case of aging cars, the value of the replacement is higher than the automobile itself. In that case, insurance companies prefer to total the car rather than pay for the replacement.

But if your car is a rather new one, with just a handful of years old, they might consider replacement given that it is still fixable.

Can I Replace The Airbags Myself?

If you are a mechanic or a professional, you can attempt to replace the airbags yourself. But, the bags have to be from trusted sources or suppliers, and not one bought online.

Still, I would recommend you to approach an authorized dealer or a repair shop as suggested by your insurance.

Why Did My Airbag Fail To Deploy During A Crash?

Deployment of an airbag is dependent on various conditions like the seriousness of the impact, speed, crash sensor location, etc. The airbags do not deploy in all collisions.

Here are a few circumstances when the airbag would not open up.

You can drive a car with the airbags deployed after inflation. But I would recommend that you not do so.

In the case of an accident, the airbags are the only things that save you from certain life or death scenario. But, are airbags required by law? Again, the law doesn’t require you to have any airbags.

Airbags deploy at a very high speed and are rock hard at first. Without proper posture and seatbelt, the deployment itself can hurt you.

Depending on the make and model of the vehicle, there are up to 9 airbags scattered throughout.

They all may or may not deploy all once. Depending on the collision, the frontal or the side bags may deploy alone to protect the occupants.

Once deployed, the airbags cannot be used again and have to be replaced, which is an expensive procedure.

It costs a minimum of $1000 to replace an airbag. Hence, if the car is aging, most insurance companies prefer to total the car rather than repair. 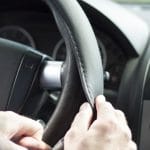 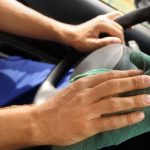