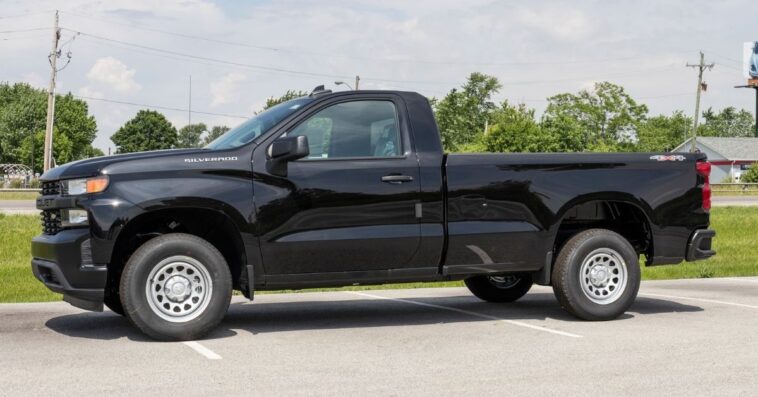 With its hydroformed and boxed high-strength steel frame, the Chevy Silverado has consistently been a road beast.

However, the most recent models have established themselves as among the most powerful light-duty vehicles available.

The type of engine your Chevy has under the hood determines how much it can tow. So how does it manage to achieve that?

Chevy has a wide range of engine options to meet your driving needs.

So, which of the Chevy Silverado engine combinations, from gas to diesel, will you select for your upcoming adventures?

Here is a detailed review of the towing capacity of a Chevy Silverado below!

As stated above, how much the Chevy Silverado can tows relies on what kind of engine you have under the hood.

The cylinder heads and block are made of aluminum, which helps to reduce weight. Its capacity to run on four cylinders which are found under lighter loads, aids in fuel efficiency.

According to EPA estimates for annual fuel cost, the Chevy Silverado is unrivaled among regular pickups related to saving money at the pump.

It even matches the EPA’s anticipated fuel cost for the latest Ram diesel as it runs on less expensive regular gasoline.

In addition, the 4.3L EcoTec3 V-6 engine in the Silverado shares the same innovative engineering as the available 5.3L & 6.2L V-8 engines.

This is done by adjusting the closing and opening of the valves. Finally, active Fuel Management saves fuel by effortlessly switching to 4-cylinder operation at lower loads.

The 2.7L turbocharged engine gains 310 horsepower and 348 pound-feet of torque, while towing capacity is increased to 7,900 pounds.

The engine broadens the spectrum of available engines and adds to the number of options available to assist customers in discovering the Silverado that best meets their needs.

The next-generation Silverado with the 2.7L Turbo engine accelerates from zero to sixty miles per hour in less than 7 seconds.

It weighs 380 pounds less compared to the current Silverado, which has a 4.3L V-6 engine. The Silverado 2.7L Turbo is intended to produce equivalent payload capability with more torque.

The following engine technologies contribute to the engine’s performance and efficiency:

Improved throttle responsiveness and low-speed torque thanks to a dual-volute turbocharger housing.

An integrated exhaust manifold is a piece of the cylinder head assembly that recovers exhaust heat for quicker engine and transmission warm-up and faster turbo response.

Stop/start technology saves gasoline by automatically stopping the engine in the stop-and-go traffic.

In addition, the electric water pump improves efficiency by eliminating the drag of a traditional engine-driven pump.

It also allows for continuous cabin heating even when the stop/start mechanism disables the engine.

Created As A Truck Engine

The latest 2.7L Turbo engine is a whole new design for Chevrolet, and it was built from the ground up to be a truck engine.

It was developed with the long piston stroke, which measures 4.01 inches (102mm).

This is the distance the piston goes up and down within this cylinder to provide the high low-end torque clients expect in a truck.

The longer stroke allows for better combustion and, as a result, a higher compression ratio.

However, a lengthy stroke can typically increase the stress on the pistons against cylinder walls, resulting in additional friction.

The 2.7L Turbo’s offset crankshaft alleviates this problem. It is somewhat offset from the cylinders, allowing the connecting rods to move more upright.

The valvetrain on the 2.7L Turbo is the first from GM to include duration, variable lift, and Active Fuel Management.

It is meant to improve performance and effectiveness across the rpm range. It’s one of the reasons the engine’s maximum torque is only attainable at 1,500 RPM.

The engine may function with three distinct camshaft profiles thanks to the system’s electro-mechanical variable camshaft.

It works in tandem with the variable valve timing program to give optimized operating modes for various engine speeds and loads:

The Gen-V 5.3L L83 engine supports an innovative combustion system with a combination of advanced technologies.

The Gen-V small-block is structurally similar to Gen III/IV engines, except for the usage of a deep-skirt cylinder block.

A reworked cooling system and the all-new cylinder heads are among the refinements and new or upgraded components used throughout.

In addition, a high-pressure fuel pump that is engine-driven is available for the direct injection system.

The Advanced Combustion System on this engine boosts power and efficiency. Moreover, they effortlessly transition to 4-cylinder mode to maximize efficiency during light-load driving.

As a result, the engine has all the torque and power needed to perform the hardest jobs confidently.

The company boosted power and efficiency while lowering noise and vibration by combining simple mechanical systems, cutting-edge materials, and an innovative combustion system.

A sophisticated combustion system lies at the core of the engine. It maximizes the possibilities of cylinder deactivation, continuously variable valve timing, direct fuel injection, and other technologies.

But, unfortunately, the design and engineering of this innovative combustion system took a long time.

The new engines’ ability to manage combustion more precisely allows them to run at a greater compression ratio. This ratio is 11.0:1 for the models that use regular fuel.

Higher compression is among the most effective techniques to boost both power and efficiency at the same time.

This higher efficiency can now be sustained throughout a wider variety of operational situations.

For example, when hauling a trailer on a hot summer day, the advanced combustion system of Silverado can assist in maintaining both real-world fuel efficiency and performance.

This is by reducing the requirement to trim back spark advance to prevent detonation.

Direct fuel injection, which accurately meters gasoline directly into the cylinders, is used in the new engines to maximize combustion under various situations.

The engines also include a redesigned cylinder head and a sculpted piston to improve the mixing of fuel and air in the engine and the combustion of the combination to generate power.

The heads have smaller combustion chambers that are shaped to complement the piston heads’ unique topography.

The sculpted pistons and reduced chamber size generate a compression ratio; 11.0:1 or even higher depending on your engine.

In addition, the heads feature big, rectangular intake ports that have a slight twist to improve mixture motion.

The intake and exhaust valve locations have been switched from initial versions to improve combustion. The valves have been marginally canted toward the cylinder centerline.

In addition, to support optimal combustion, a spark plug angle has been modified. The electrode is now nearer to the center of the chamber.

In addition, technologies in the Silverado enable the engines to function in a four-cylinder state for longer periods, enhancing efficiency even further.

Your Silverado gets the highest 13,400-pound towing capability when equipped with a 6.2L V8 engine and the RST trim. This is in addition to the 420 horsepower and 460 pound-feet of torque.

Only lifters, rod bearings, and bore spacing are used in this engine design. Cast-iron blocks are used in the primary LS engines.

The performance engines are made entirely of aluminum and feature cast-iron cylinder liners.

It contains 17-cylinder layouts that are constantly mixed to improve the efficiency and power of the engine.

However, keep in mind that if you want the maximum performance and gas mileage, you will need to utilize 93 octane gas.

A 6.2L big-block modular engine can be described as the 6.2L engine. Many big-block engines have a displacement of over 400 cubic inches and weigh more.

The displacement of small-block engines is also smaller. The 6.2L engine, on the other hand, has a 4.02-inch bore.

The 6.2L engine of Chevy is an advanced engine with a Dynamic Fuel Management system.

It has larger bores, strokes, and valves. This means that the cylinder deactivation system of this motor varies based on the load.

This mechanism shifts cylinder patterns in milliseconds, allowing the V8 motor to run on only two cylinders if necessary.

As a result, you will get greater gas mileage, more power, and longer engine life.

Are you interested in diesel’s power, fuel efficiency, and ease of maintenance?

In addition, it has a torque converter that lowers vibrations and improves smoothness, further enhancing its performance, efficiency, and refinement.

When in Tow Haul mode, this combination also includes exhaust braking. They utilize the diesel engine’s compression to slow the truck, requiring fewer brake applications by the driver.

In this article, we have discussed in detail the Chevy Silverado towing capacity.

When deciding which model will perform best for your hauling needs and evaluating what you can haul with your current vehicle, understanding the vehicle’s towing capacity is crucial.

It is always good to stick to the towing capacity specified on the vehicle, as exceeding it might be risky. 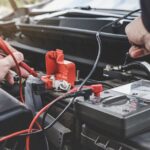 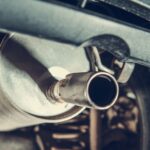