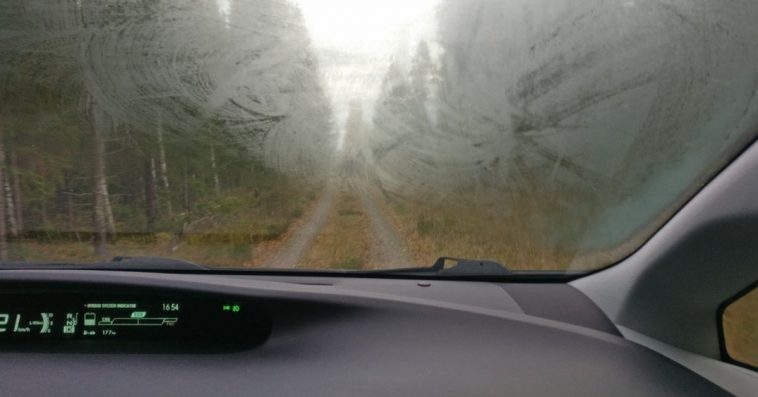 Car windshields and windows are bound to be foggy especially if you rarely open your windows.

The chances of this happening would be more especially in harsh conditions such as during the winter or summer.

When this happens the clarity through the windshield is interfered with and the driver is unable to see the driving path.

This would also make the car look less attractive as the fog makes the windows and windshield less appealing.

Defogging on windows is possible because of the principle of what cause the fogging either on the inside or the outside of the windshield.

You need to know that for this to be possible effectively, there should be a balance between the temperatures on the inside of the car as well as on the outside.

The following steps would ensure that your car windshield is defogged easily:

When car windshields are affected by fogging, they pose a danger to whoever is in the car.

This might be worse when you are driving when it is raining heavily or through a storm, in this case you would not be able to control the fogging on the windshield as you can’t walk out of the car nor open your windows.

Things To Do To Prevent From Fogging Up Windshield

Most measures that car owners take are oriented to getting rid of the fog that has already occurred on the car windshield.

However, during extreme conditions like when you are driving during a heavy downpour or during the winter, the car windshield gets fogged up fast and this continues even after you wipe it off.

Getting out of the car to wipe the outside part of the windshield or even opening the car windows is not advisable as the weather outside is not that friendly.

This is why there are ways you can prevent your car windshield from getting fogged up.

Best And Fastest Way To Defog Your Windshield

Some cars have a simple defrosting button while some will need you to go through a number of settings to get this done.

The big question is what is the ideal combination of settings that will ensure that the defogging is done effectively.

This the first step to getting rid of fog that has already formed on the inside of the windshield.

Hot air holds more moisture and this condenses on the inside of the windshield and hence the fogging you have to deal with.

This is effective as it would help get rid of moisture that forms on the inside of the windshield.

Moisture needs to be gotten rid of from the air inside as it is what condenses and forms fog on the inside of windshields.

This would ensure that the outside air, which is colder than that on the inside, gets in the car.

This air is dryer as it has less moisture. This would then cause the inside air which is more humid to move to the outside.

4. Crack Open As Many Windows As Possible

This would ensure that more humid air would move outside and leave space for lesser humid air from the outside to flow in.

For more details, you can watch this video:

Dealing With Foggy Windshield Inside And Outside Of Your Vehicle

Foggy car windows and windshield will be something you have to deal with as a car owner. This is whether it is more cold outside than in the car, or it is warmer outside than in your car.

You need to make sure that your windshield is free from fogging and hence clear enough when you are driving.

The last thing any driver want is to have their vision of the road they are driving on impaired by either too much fog or dirt particles.

Wipers might help but they would not be effective for cleaning the inner surface of the windshield.

The following is a detailed discussion about how to deal with a foggy windshield during different scenarios.

The steps here basically try to balance the temperature on the inside and outside so that both of them match.

1. If It’s Colder Outside Than Inside Your Car

During a cold weather, such as the winter, you may want to turn the heat up using the AC. This leads to fog forming on the windshield on the inside.

You can defog your windshield effectively and fast enough through:

2. If It’s Warmer Outside Than Inside Your Car

For this particular situation, the fogging would occur on the outer surface of the windshield.

The windshield wipers would not be able to clear this and at sometimes you are not in a position to walk out of the car wand wipe the surface of the windshield with a cloth.

Unlike when it was colder outside the car, here you will need to make the inside warmer:

There you go! Now you learned how to defog your windshield. Now what you will read the rest of the information is often asked by people who seek the main subject as you do. Keep reading!

How Do I Stop My Windows From Fogging When It Is Rains?

Fog on the window as well as the car windshield is because during a cold and wet weather, as it is when it rains, the car on the inside is highly humid.

This causes condensation on the glass surface, both laminated and tempered glass of the windshield and car windows, and this is the fogginess that causes impaired vision through either the windshields and the car windows.

One way to get rid of the fogginess is to turn your AC system on and set your car temperature to be as cold as it is out there.

This will ensure that the level of humidity in the cabin is controlled thus there is little condensation forming on the glass that impairs vision through them.

You can then use a clean and dry cloth to wipe off the fogginess that forms on the car windshield.

Turning on the AC will ensure that no more fog forms on the glasses.

Why Is My Windshield Fogging Up On The Inside?

During a cold weather, and maybe a damp weather, most car windshield will be fogged.

This is because on the inside of these cars is highly humid and this condenses on reaching the surface of the windshields.

This is because the windshield is cooled and causes condensation when the moisture reaches the surface of the windshield. This is what forms the fogginess as seen in some windshields.

How Do I Keep My Car Windows From Fogging Up In The Summer?

Why Is My Windshield Fogging Up In The Summer?

During the summer, the outside temperatures are quite hot and it tends to be quite humid.

If you leave your car windows close for long this would lead to condensation on the car windshields because they have a lower temperature level.

How Do I Keep My Windshield From Fogging Up In The Winter?

The thing with the winter season, is that during the night a lot of fogging happens on the windshield and we wake up to a windshield that is not safe to drive in.

Should I Use Hot Or Cold Water To Defog Windows?

Hot water would be effective in defogging the window as it has been seen to be highly effective in getting this done.

This would work for either sides of the windshield, provided you know what you are doing you will get the defogging completed in no time and the car windshield will be safe to use.

Yes, shaving cream is effecting in preventing your car window, as well as windshield from being affected by fogging.

Washing your car windows, windshields and even glasses with shaving foam is a simple yet effective way of keeping them free from fogging which makes it difficult for you to see through them.

What happens is that the shaving cream creates a protective film that covers the glass and keeps it from fogging.

Any soap would do the trick, but shaving cream is easier to apply. The protective film begins to wear away with time, but it will be effective for most parts of the day.

This solution would work if you realize that the car windshield is affected by the fogging and are not in a position to access defroster or any other solution.

All in all, the car windshield needs to be in good condition so that the driver’s as well as those inside have a clear vision through it.

Fogging is one process that occurs due to the temperature differences on the inside and outside of the car and impairs the vision of the driver as well as their passengers.

This would not only risk the lives of the occupants of the car, but would also be risky for other motorists using the same road as the driver.

There are many ways of getting rid of the fog on the car windshield, both on the inside and outside. Using the AC system and opening the car windows to let air circulate would do the trick.

Other measures are oriented towards keeping the windshield free from fogging as they prevent the fogging from occurring altogether.

One simple way is getting shaving cream and applying on the surface of the windshield, while a defroster would also be an effective solution. 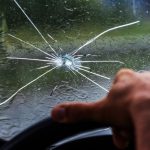 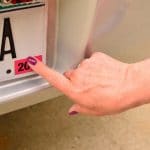