Currently in its 5th generation, the Jeep Grand Cherokee has had its ups and downs.

While it has earned many awards for its superior products, it has also had to be recalled various times.

Because of these inconsistencies, many people would like to know more about the lineup and where exactly it is produced.

This is also known as the Stellantis facility. Additionally, there were talks of adding the Mack Avenue Engine II plant into the mix.

This would come to fruition in 2021, with the plant now producing a new line of the Jeep Grand Cherokee.

If you want to know more about where the car is made, stick around.

I will be talking about all the facilities and production in-depth, as well as other information related to the vehicle.

So far, I have only mentioned two different facilities manufacturing the Jeep Grand Cherokee.

It should be known that both of these are located in Detroit!

This makes it much simpler to remember where the vehicles are made since both plants are located in the same city.

In this part of the article, I will be discussing these two facilities and just how they are responsible for making the Jeep Grand Cherokee:

When it comes to the Jeep Grand Cherokee was the first product the facility ever produced. It remains one of the most produced lineups for the facility.

Since the lineup production started in 1992, it is safe to say that this plant has made them since.

You can easily assume that the facility has been making the Jeep Grand Cherokee for over 30 years.

With the need for the lineup only increasing, you can expect production in this assembly plant to continue increasing moving forward.

Originally built in 1916, this facility was built and established by another company entirely.

They bought this plant in 1953 and used it as a prime facility for aiding other plants.

After 26 years of use, the facility would finally be closed. This was due to the plant being severely outdated.

Lack of staff, overgrown nature, and contaminated land led to this decision.

It was only in December 2018 that the Chrysler Corporation announced that this facility would be converted into a vehicle assembly plant.

Along with this change, the plant would begin work on the next generation of the Jeep Grand Cherokee. Development of this new project will begin in March 2021.

The result they had in mind was the all-new Jeep Grand Cherokee L 2022. The facility plans to make at least 50 of these vehicles per hour.

Prospects like these sound incredible, considering the car takes at least 36 hours to produce.

While not as well-known as others are, some facilities can be found in Egypt and Venezuela.

When it comes to Venezuela, the car is manufactured in the Carabobo Assembly Plant located in S.A. in Valencia, Venezuela.

The facility in Egypt is part of the Arab American Vehicles Corporation.

This facility makes both versions of the Jeep Grand Cherokee, including the L variant.

Related: Best And Worst Years For The Jeep Grand Cherokees

According to the reports and statements set out by Chrysler, there are no plants for the Jefferson North Assembly facility to make the Jeep Grand Cherokee L.

That facility will continue to focus on the older models of the lineup. It will also ensure that they can produce the normal variants of the vehicle.

The Jeep Grand Cherokee L is a 3-row sports utility vehicle. It would be too expensive to mass-produce two types of Cherokees in the same facility.

It was seen to be more economical and beneficial to have one facility produce the normal variant while the other would make the L version.

While this has been the case, for the most part, there have been reports of the Jefferson plant making the L version of the vehicle.

Reasons For Making Jeep Grand Cherokee In One Plant

It should be known that the main bulk of the vehicle type will be made in the Mack Avenue Engine II plant.

I have already highlighted the rate of production the plant aims to achieve.

This shows that the company has no plans to continually produce multiple variants of the Jeep Grand Cherokee in the same facility.

From an efficiency standpoint, this also makes a lot of sense. The two separate facilities can maximize output if they focus on one type of car.

Sales of the Jeep Grand Cherokee have only risen in the last year.

With a huge spike of up to 26%, the company needs to be able to make more cars as fast as possible.

For now, it seems as if the Jefferson Assembly plant will also be helping out.

The Jeep Grand Cherokee L will only be made at the Mack Avenue facility.

The Production Of Jeep Grand Cherokee For The US Market

Detroit seems to be the hub for the Jeep Grand Cherokee. Both major facilities are responsible for producing the majority of the lineup.

These facilities are also mainly responsible for exporting units to other countries.

Here are a few major importers of the Jeep Grand Cherokee:

Other Jeep Grand Cherokee production facilities could also be found in Egypt and Venezuela.

Detroit is the main place you can get a Jeep Grand Cherokee.

Although, there have been other facilities where the car was made or, at the very least, assembled.

Most markets had the car assembled in the United States and exported via car carriers or rail.

Between 1992 to 2010, the Jeep Grand Cherokee was assembled in Graz, Austria. This operation has since been shut down.

Another place outside of America is Pune, Maharashtra, India. This operation falls under FCA India Automobiles Private Limited.

The company is the 9th largest Indian car manufacturer.

It imports mainly from the States but assembles the Jeep Grand Cherokee in India, often using its parts.

Having started just this year, it is a fairly new operation. This is not the first Jeep SUV they have had to make.

Steps To Figure Out Where Your Jeep Grand Cherokee Was Made

You can tell where your Jeep Grand Cherokee was made by checking the car’s VIN Number. This should be located near the windshield on the dash.

Alternatively, you can also find it on the driver’s door jamb. The only character you need to check will be the first one.

If you were hoping for a wide array of facilities for the Jeep Grand Cherokee, you would be disappointed to see only two plants working on the lineup.

Where are Jeep Grand Cherokees made? Should it no longer be a question on your mind? Instead, you can focus on the future of the lineup.

I fully expect the production of the Jeep Grand Cherokee to only rise in the future. As the demand for the product increases daily, it only makes sense to do so.

I would not be surprised if the company even moves to establish another facility to make more of the lineup. 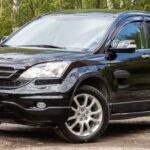 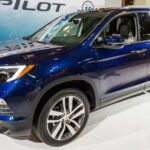