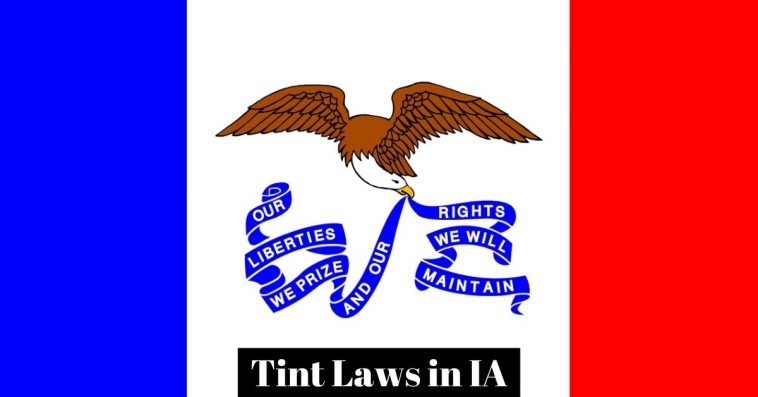 Window tinting increases the comfort level of the driver providing protection from sunlight, glare, UV rays and increases your privacy as well as protects the interior of your car.

Tinting also helps with glare at night from bright lights. During the day it helps keep the car cooler, using less fuel for air conditioning.

Those are pluses for the car owner but these very factors also come with a flip side for police and law makers. Tinting reduces the driver’s visibility as well as prevents law enforcement from properly accessing the safety of the passengers or contents of the vehicle.

Can You Tint Your Windshield And Windows In Iowa?

No state allows windscreen tints to be applied below the AS-1 line on the vehicle windscreen, it usually means 5 inches below and parallel to the top of the windscreen if not the whichever is closer to the top.

Iowa has one of the less permissive tinting laws in the United States. Iowa Department of Transportation window tinting law mandating up to 70% percent light penetration at least of the main windscreen and on the front windows, passenger and driver.

Your windscreen and front windows must allow 70% of light in. For window tints this 70% VLT or “visual light transmission”.

How Dark Can You Legally Tint In IA?

Any tint darkness is allowed for back windows but there is a restriction on how much the tint can reflect. 70% percent light penetration means only a 30 % Tint is allowed on the car windshield and front windows in Iowa.

How Would You Know If Your Window Tint Is Legal?

First ensure that you have purchased from a reputable provider with the correct technical requirement, although there is no requirement for certification of film in the state.

Secondly before you go get window tints installed keep in mind that most cars already come with a manufactured glass VLT of 80%, without getting too technical the Net VLT of the tinted surface is a product of the glass VLT and the tint, this means that 35 % tint would just meet the legal requirements for Iowa with most manufacturer pre-installed with 70-80% VLT tint.

Most installers use a laser device to measure the VLT of tinted windows and so do law enforcement.

20% tint would be illegal if applied to the windscreen and front windows of your car in Iowa. Since 20% Tint really means that it would allow only 20% of visible light in.

However back windows are allowed any amount of tint as long as this does not affect the driver’s ability to safely operate the vehicle.

It’s worth noting however that darker tints can affect how well you see from these windows at night.

Will You Get Pulled Over For Tinted Windows In Iowa?

In reality cars rarely get pulled over for tints however if a vehicle is stopped and the dark tint prevents the officers getting a good visual then the amount of tint becomes an issue.

If you are stopped for speeding or reckless driving and the police officer cannot quickly assess the driver or car contents due to the tint on your windows then he may check your compliance to the tinting law.

How Much Will A Tint Ticket In IA Cost You?

It is left up to the discretion of the officer to issue a summons or making an arrest. It’s likely if you are pulled over for something else then the tint on your car will come to the attention of the police officer.

You may be warned first or fined. It’s important to remember that police need to be able to see clearly the driver of a pulled over vehicle.

MPVs are standard SUVs, minivans and can carry less than 10 people, some constructed with powerful truck chassis or having off-roading features.

You can check if your car is technically defined as a MPV by looking at the sticker inside the front left door panel or the very bottom of the outside of the windscreen The vehicle Federal ID will either say Passenger Car or Truck.

While any tint darkness can be used for the rear window and back seat side windows and both vehicle types front windscreen must allow more than 70% of light in, the law states that MPV must allow at least 70% light in, whereas for passenger cars they are allowed to just meet the 70% VLT.

There is a simple reasoning behind this, although in MPVs the visibility of passenger windows is less important for the driver most of these vehicles are manufactured with a factory tint of less than 70% VLT, so no aftermarket tinting should be added for these vehicles beyond the rear windows.

Reflective tints are also allowed on cars and multipurpose vehicles in Iowa. These are the same for the make of vehicles, requiring “no excessive reflectiveness” on both front side windows and back side windows.

Reflective tints add to the coolness of your car, literally. They create a mirror effect prevent eyes from seeing inside but allow the passenger to see out as well as keep the car inside cooler.

The amount of reflectiveness should not have a high VLR or Visible Light Reflectance, in essence your car windows should not be so reflective as to create a danger by their mirror effect. Some states are more specific in stating no metallic or mirrored tinting.

Even in the percentage of reflectivity, for example in Connecticut the law allows for 21% reflectivity as a limit, it is 35% in Arizona and Idaho. A good guide would be to aim for less than 21% reflectivity although not stated specifically in the law.

Can You Get A Medical Exemption For Window Tint In Iowa?

Most states allow a window tint medical exemption if a physician attests that a medical condition makes the driver eligible.

Some exemptions allow up to 50% VLT for windshield, side windows 20% and rear windows 10% and are valid for up to three years. In Iowa the law changed in respect to getting medical exemption for window tint in July 2012.

Iowa law no longer allows darker window tinting due to medical exemptions however if those drivers with previously approved exemptions can carry these for the vehicle to which they apply.

These don’t transfer to new vehicles or if the person that the exemption is granted is no longer the passenger or the driver of the vehicle, then the vehicle should be returned to state of compliance with the law within 60 days.

With the changes in the Iowa law on car window tinting it is important that you keep VLT and VLR in mind.

In summary get your windscreen and front windows checked where you can access a laser transmission and reflectance meter, ensure these are 70% transmission minimum for your minivans and trucks and at 70% VLT for cars.

You should also try to aim for less than 35% VLR for reflective or colored mirror tints. If you must for medical reasons tint your car outside of these limits and already have a medical certificate for the vehicle carry this with you in the vehicle. 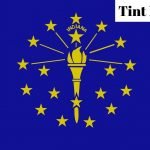 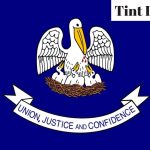