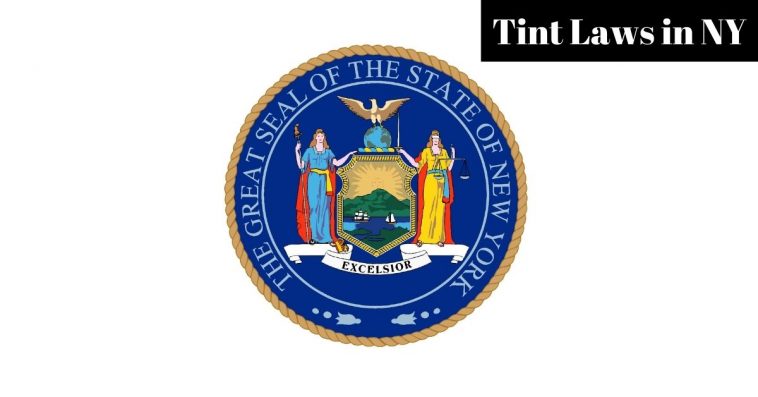 Tinting your windows may seem like a welcome solution if you’re quaking at the prospect of facing long rides in the blistering summer heat. While most states such as New York permit vehicle-owners to tint their windows, there are specific rules and limitations.

In this article, we’ll explore these rules and limitations in detail.

Are You Allowed To Have Tinted Windows And Windshield In New York?

Strictly speaking, yes, you are allowed to have tinted windows and windshields in New York. However, this does not mean you can go ahead and tint your windows as you please.

As is the case with every state, New York too has very specific rules and regulations governing what percentage of light should be allowed to enter your car when you tint the windshield or windows.

This percentage is known as VLT or Visible Light Transmission. The higher the VLT, the greater the amount of visible light that’s allowed to pass through tinted glass or film.

For instance, if you have a tint with 80% VLT, about 80% of the light will pass through your window, making it a reasonably light tint.

What Is The Darkest Tint You Can Legally Get In NY?

The percentage of tint you’re allowed to use on your car in the state of New York varies from window to window. The windows on the rear end of your car can be as dark as you please – there’s no limit for that as such.

However, the front side windows and the windshield require you to follow certain permissible limits of tinting. We’ll be discussing these limits in the following sections.

This depends on which window you’re talking about. If you mean the rear windows and rear windshield of your car, then no, a 20 tint is not illegal.

If, however, you mean the front side window and the windshield, a 20% tint is not permissible in the state of New York.

Can You Get Pulled Over For Tinted Windows In New York?

Yes, you can get pulled over for having tinted windows in the state of New York. New York law enforcement officials often carry tint meters that can detect vehicles with tinted glass or film.

If you happen to cross one, there’s every possibility you’ll get pulled over and questioned about it. Therefore, I’d recommend you follow the rules strictly regarding the tinting of your windows. If not, heavy fines could be levied on you.

How Much Is A Tint Ticket In NY?

This is in addition to a maximum sentence in jail of 30 days. Since not all states in the U.S. impose jail sentences for flouting tinting laws, it’s safe to say that New York is one of the strictest states in terms of implementing these laws.

Like all states, New York too has specific regulations regarding the percentage of VLT you’re required to bear in mind while tinting your windows. These regulations were first put into effect in the year 1991. New York was one of the very first states to implement these restrictions.

These rules and regulations we updated and reformed in the year 2017 as well. Since the number of vehicles that seem to have tinted glass or film has increased in number over the years, it’s no surprise that these laws are being reviewed, updated, and implemented regularly.

Let’s take a look at the tinting limits for vehicles in New York:

Many motorists wonder why others choose to add reflective glass or film to their windows when it’s already tinted. The answer is simple: adding reflective properties to your tint can help keep your vehicle cool and block out the light.

New York is one of the states that do not permit vehicle-owners to add reflection on their windows, regardless of the kind of vehicle they drive. Make sure you pay careful attention to these rules if you want to avoid getting fined by law enforcement authorities.

How Do You Get A Medical Exemption For Window Tint In New York?

Like most U.S. states, New York does allow those with certain medical conditions to tint their windows above the permissible limit. These conditions include xeroderma, photosensitivity induced by drugs, porphyria, and many more.

All in all, aside from the potential jail term you could be serving if you disregard the rules, the state of New York is pretty relaxed when it comes to window tinting. You’ll need to keep a few regulations in mind, but these are not very strict compared to the laws in a few other U.S. states regarding tinting. 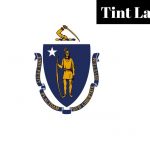 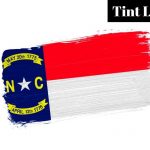