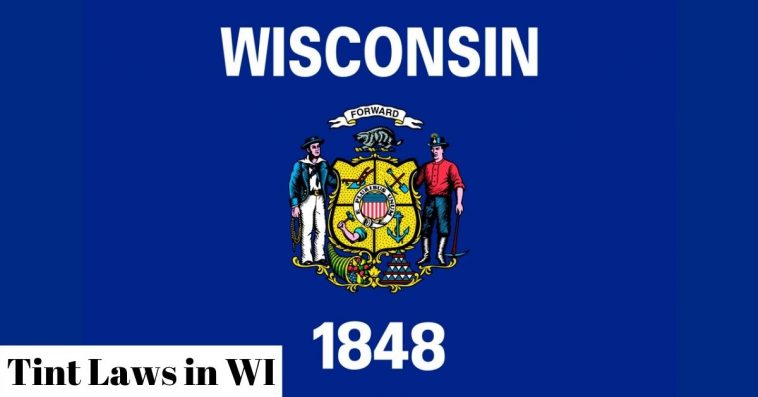 If you’re new to driving – or to Wisconsin for that matter – you may not have a clear idea of the laws regarding tinting your car windows that govern the state.

Well, you’re not alone. Even many residents of the state aren’t fully aware of the tint laws and either pay hefty fines or avoid tinting altogether to not into get into trouble with law enforcement.

Even though Wisconsin rarely gets very hot through the summer months, the bright sunlight can get quite irksome at the best of times.

Therefore, I advise you to go ahead and tint your vehicle windows if you want to, but only after you’ve familiarized yourself with the laws.

In the sections that follow, we’ll take you through everything you might want to learn about having your windows tinted in the state of Wisconsin.

Make sure you go through each section carefully to avoid running afoul of law enforcement.

Can You Have Tinted Windows And Windshield In Wisconsin?

The answer is: yes. Residents are permitted to tint windshields as well as windows in Wisconsin. However, only the bare minimum leeway is given in Wisconsin when it comes to tinting your windshield.

You can, however, only tint the upper portion of your windshield in Wisconsin. Also, this tint has to be made of strictly non-reflective material. With regards to windows, the tinting limits are determined by VLT percentage.

Visible Light Transmission or VLT is essentially the quantity of light that’s permitted to filter through the windows of your vehicle.

Like every state, Wisconsin too has clearly defined limits on how much you can tint each window of your passenger vehicle or multi-purpose vehicle.

What Is The Tint Darkest Limits In WI?

From a legal point of view, the most intense tint you are permitted to have for your vehicle in Wisconsin varies depending on which portion of your car – or which specific window –you’re talking about.

The darkest possible tint you can get in Wisconsin is 65% for your backside and rear windows. This limit applies to both passenger vehicles and MPVs.

With regards to the front side windows for both passenger vehicles and multi-purpose vehicles, the limit is 50%.

Also, as mentioned above, in the case of your windshield you’re allowed to use a non-reflective tint on the upper portion only.

The answer to this question depends on the window you’re enquiring about. If you’re talking about the front of the vehicle, then yes, a “20 tint” is illegal in Wisconsin.

However, if you’re talking about the rear and back windows, a “20 tint” is well within the permissible tinting limit in Wisconsin.

Will Cops Stop You For Having A Tint In Wisconsin?

Yes, you can get pulled over by a police officer if you’ve tinted your windows in the state of Wisconsin. However, this usually happens when the tint is too dark and above the permitted limit.

Many officers carry a portable device that allows them to measure the tint on your windows.

So, chances are, if you’ve been pulled over, the police officer suspects you of carrying out other illegal activities such as rash driving, speeding, etc.

Ticket For Tinting In Wisconsin

In Wisconsin, a ticket for a tint violation can consist of a standard $175.30 fine. Since officers in the state are trained adequately on how to detect and deter excessive tinting, they tend to hand out fines on a case-by-case basis as well.

However, unlike a few other states, Wisconsin doesn’t charge you points on your driver’s license if you violate the tinting laws.

Laws For Tint Limit In Wisconsin

As discussed in previous sections, the legal limits for tinting your vehicle’s windows are clearly defined in Wisconsin.

Keeping these specific limits in mind before you go ahead and get your windows tinted can save you a whole lot of trouble in terms of clashing with the law.

Let us go through the tinting limits for passenger vehicles and multi-purpose vehicles now.

Laws For Reflection In Wisconsin

Though many US states allow vehicle-owners to use reflective film over their windows, not all do. This is mainly followed as a safety precaution.

Moreover, in a state like Wisconsin that doesn’t receive too much sunshine, this seems like a reasonable enough law.

Now it’s time to discover the limits for the amount of reflective material you can use to tint your windows for both sedans and MPVs in Wisconsin.

Medical Exemption: How To Get One For Tinting Your Windows

Wisconsin is among the many US states that allows a special tint for those suffering from certain medical conditions.

Those with skin conditions sensitive to light and those with auto-immune diseases generally qualify for a medical exemption in Wisconsin.

Well, there you have it – the basic window tint laws for Wisconsin. Since Wisconsin is a fairly cold state, it’s understandable that its tinting laws are not as lenient as other states.

However, the fines on tinting excessively are quite hefty in this state and should be avoided if it can be helped.

The tinting laws for sedans and MPVs are quite similar in the state which makes it easy to keep both of these in mind. 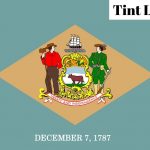 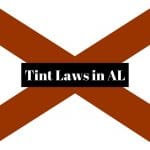